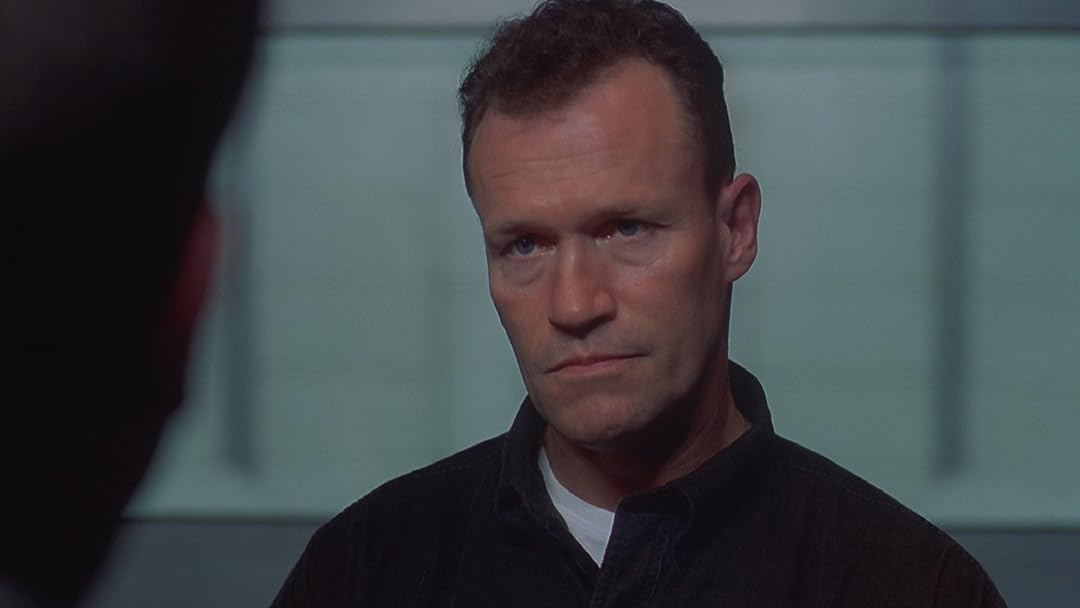 (356)
5.31 h 40 min2001R
Jean-Claude Van Damme squares off against his deadliest opponent yet -- himself -- when he stars as both a heinous serial killer and the replicated clone that scientists have constructed in order to kill him.

S. J. VolkReviewed in the United States on November 4, 2019
5.0 out of 5 stars
VAN DAMME ON THE LAM!!! VIEWERS WILL NEED A CARDIOGRAM!!!
Verified purchase
"REPLICANT" (2001) Damn! Talk about pulse-pounding chase scenes and Oscar-worthy performances in a well-scripted suspenseful drama! Whew! Van Damme's cool, taciturn acting genius was always obvious to his fans. And his performance in this movie should permanently quash anyone's doubt of his consummate skill as an actor and fighting machine.

Of course there will always be a basher or anachronistic soul who still believes wrongly that an actor who has muscles can't also have brains; so if a performance is great, it must've been by accident. Being a modest self-effacing gentleman, I'm sure JCVD would agree with the basher.

This sci-fi story has a cloned "good" Van Damme chasing an "evil" Van Damme. But what grabs your fresh attention are the charismatic well-defined personalities of the characters, their crisp interactions, and Ringo Lam's electrifying direction. The intense fight scenes (including an equally intense bedroom scene) engage all of a viewer's senses for an exciting 100 fast-paced minutes that you'll want to revisit.

L. MintahReviewed in the United States on September 18, 2008
5.0 out of 5 stars
Amazing Performance by Van Damme
Verified purchase
JC Van Damme was my favorite action star when I was younger. Before Crouching Tiger and Rumble in the Bronx started the neo-Chinese martial arts movie invasion, Van Damme was king. I watched him get sidelined, disappear for a while, then release movies right to DVD.

Replicant should change all that. JC has remained in top form physically, and even improved as an actor. I am not joking when I say he should have gotten an Oscar nod for his dual role in this film.

If you can look past the horrible science, namely that a clone has the mind and memories of the original, then we have our story. A just-retired cop, Jake, cannot rest as a serial killer targets mothers and savagely murders them. Grim scenes, here. Jake gets a chance to test a secret NSA science project, a replicant of the killer, to see if it will work to catch the killer. If it works, they would clone terrorists and such to track them. The script really gets five stars because there are no holes in it, the viewer is not saying "what about . . . they forgot . . "

The science project is Van Damme as a nameless clone. It is hard to watch the scenes as Jake abuses him like a dog, how the clone is so baby-like and cowers before the only person he knows. The killer is so evil, I really forgot I was watching the same person play both roles. And you will too.

I cannot wait to purchase this film for my collection, and I will be telling everyone about it.
8 people found this helpful

dsrussellReviewed in the United States on February 19, 2002
4.0 out of 5 stars
Well I�ll be Van Damme�d.
Verified purchase
I never thought I'd ever give a Van Damme movie 4 stars. I also never thought I'd see the day that Van Damme would perform as a "real" actor. Well, folks. This is the day, and this is the film. While this may only be a fluke (like Segal's UNDER SEIGE), one can always hope.
Granted, the storyline isn't much to talk about (what is it that makes Van Damme want to play two rolls?), and the premise itself is absolutely unbelievable ... still, it is not without interest, but one must keep eyes tightly closed to a few plot holes and contrivances. But believe it or not, what helped make this film interesting was Van Damme's performance (that and Ringo Lam's fast, hard-hitting direction -- he also directed Van Damme's MAXIMUM RISK).
If you're not much of a Van Damme fan, I doubt this film will change your mind. But for those of us who enjoy mindless action every now and again, this film turned into a real surprise. Between 1 and 10, REPLICANT gets a marginal 7. Happily, I got much more than I bargained for.
7 people found this helpful

CDG Technical Writer since 00'Reviewed in the United States on July 18, 2021
4.0 out of 5 stars
Van Dam decent movie
Verified purchase
here i thought vdam was supposed to be a good guy, turned out then good...Damitt oh that's Van Dammitt

LoBoReviewed in the United States on April 17, 2012
4.0 out of 5 stars
Great film
Verified purchase
I used to see this on my DVD several years ago. I still enjoy this film. I was most impressed by Jean Claude Van Damme
portryal of the Replicant. Very good job. I also did find some stuff funny.

This doesn`t have the best or most action scenes i have seen in a Van Damme film. Marnie Alton who plays the kind
hooker was sexy. Michael Rooker who plays his nicely in my opinon.

No pristine quality, but seems to have too low bitrate and contrast boosting. It wouldn`t have
hurt Lionsgate to have had higher bitrate. I hate it when studios as lazy and makes BDs with too low bitrate like this.

The English: DTS-HD Master Audio 5.1 audio track was good. I don`t remember any flaws with it.

PerspectivePatronReviewed in the United States on January 16, 2011
5.0 out of 5 stars
Yes, Van Damme Can Act!
Verified purchase
Van Damme plays two roles in this film and does so with believability and suprising talent for a martial arts/action hero. For a bogus plot it is quite believable if that makes any sense :-) This may be his finest performance yet. If you at all liked timecop you will likely enjoy this. Lots of action throughout. Rooker is a total [...]--typical cop type character that was enjoyable to hate throughout the film and in some ways you will like the serial killer (The Torch) better than Rooker's character (although he does ultimtely grow in to a more likeably character as the story progresses), but the true hero and the guy to root for is the serial killer's clone played by Van Damme with a buzz cut. Clone Van Damme displays a child's innocence, a man's ability to choose right over wrong, and a swift kick to the arse to back up the side of the fense he ultimately chooses to stand on. Watch it!!!!!!

JoshReviewed in the United States on February 4, 2015
4.0 out of 5 stars
Good Flick.
Verified purchase
This movie is pretty ridiculous. You have to completely suspend your ability to think logically. Once you do that it becomes much more enjoyable. JCVD is awesome. I enjoy almost all of his movies. To me he is the guy that has always been overlooked. The good actor that only gets bad roles. A lot of that is his own doing. My hope is that he and John Hyams team up for a Replicant sequel. Now that would be a good movie. One where 15 years later the Replicant has completely turn into a killer. Hyams could make it dark and suspenseful.

Amazon CustomerReviewed in the United States on August 1, 2021
5.0 out of 5 stars
Action Packed
Verified purchase
Van damn! The action was great! Great acting! Great everything, I really enjoyed this movie.
See all reviews
Back to top
Get to Know Us
Make Money with Us
Amazon Payment Products
Let Us Help You
EnglishChoose a language for shopping. United StatesChoose a country/region for shopping.
© 1996-2022, Amazon.com, Inc. or its affiliates