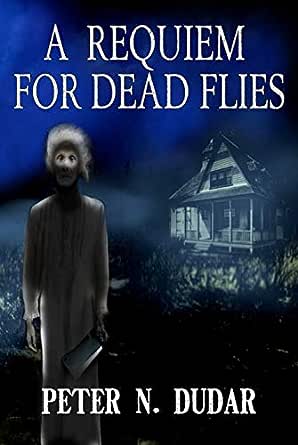 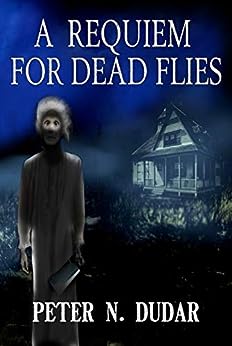 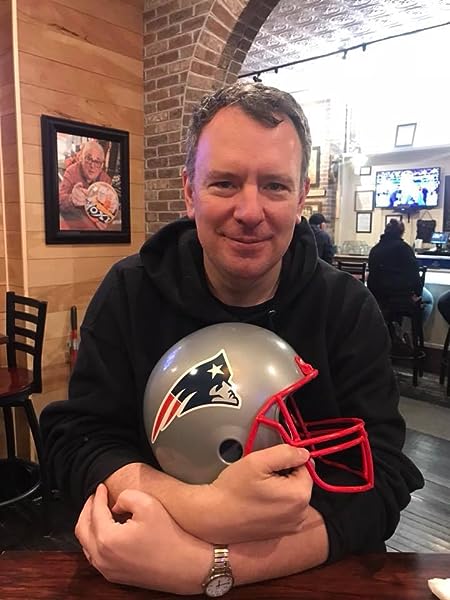 T.T. Zuma
5.0 out of 5 stars An Excellent Read
Reviewed in the United States on November 4, 2012
Verified Purchase
When I first saw the title of this novel I admit to having some hesitation before purchasing it as flies have disgusted me for as long as I can remember. It was when I learned that flies take a crap every four minutes that my abhorrence of them intensified to the point of becoming an obsession (to this day I refuse to eat any food that a fly has landed on). So I held off on purchasing this for at least a few days after first hearing about it, but after convincing myself that maybe I was being a bit foolish I decided to click the "buy" button.

I made the right decision.

A Requiem For Dead Flies is not a horror story about a bunch of dead flies, or even one dead fly for that matter, though they do figure into the plot. They are used as props for the most part and done so masterfully; the author managing to provoke both disgust and horror quite effectively with their presence. Requiem for Dead Flies is a ghost story, and hot damn, it's a good one.

Lester and Gordon MacAuley are siblings with divergent and distinct personalities. Lester has to work hard for what he wants and he's made emotional sacrifices along the way. On the other hand things came a little too easy for Gordon and as a result he's become very laid back and doesn't take life all that seriously. Recently, Gordon has come up with a scheme to make bourbon and he asks Lester to give up a summer teaching job to assist him. Out of character, Lester agrees, and then they head up to their deceased grandmothers farm to set up the still. That's when the nightmares, both waking and sleeping, begin.

When they were kids, Lester and Gordon were sent to their grandmother's farm when their mother had a miscarriage. What no one at the time realized was that grandma had Alzheimer's and that she was slowly settling into dementia. Left alone with her, the boy's uneasiness turns to horror when she starts spelling out words with dead flies on the kitchen table and then talking to them. Not too long after, something really bad happened to Lester at his grandmother's hands in her basement; something he could never tell Gordon or anyone else about.

Now the two are back at the farm, gearing up to produce bourbon and they find their memories are coming back to haunt them. They soon come to realize that it might just be more than their memories that are haunting them. A radio turns on by itself, strange voices are heard, an animal is mauled on top of the family burial plots, and dead flies are once again spelling out words. Secrets best left buried are discovered, and eventually, blood begins to flow.

Dudar does one heck of a job keeping the reader in suspense and he is always one step ahead of the reader. Just when you think A Requiem For Dead Flies is veering into familiar territory the author steers the story hard to the left, and you find yourself not only delighted by the turn of evens but even more engrossed by the mystery of the story.

The pacing of the story is almost perfect. While Dudar is in no hurry to tell his tale, he moves the plot along in a way that always keeps the suspense close to the surface; it never gets buried in minutia or boring bouts of self examination. The fact is, the author manages to keep the creepiness factor high throughout the tale, and yes, the dead flies do have a lot to do with this.

It's not often you find new author's that make a great first impression but I'd be surprised if Peter Dudar fails to do so with any reader. With its combination of psychological and supernatural terror, A Requiem For Dead Flies should please all discriminating fans of horror and speculative fiction.
Read more
6 people found this helpful
Helpful
Report abuse

Colleen Wanglund
5.0 out of 5 stars Dead Flies are Scary
Reviewed in the United States on March 27, 2013
Verified Purchase
Brothers Les and Gordon have moved into the family farm after the death of their Grandmother Vivian. Gordon, the younger of the two, has grand ideas about building a still and making bourbon--legally, of course. Not long after moving to Battle View Farm buried memories begin to surface and strange things begin to happen. Les' story, which he is telling to a doctor while a patient in an institution, moves back and forth between the fairly current events occurring at the farm, and a time when he was 13 and Gordon 10 and how Grandma Vivian tried to kill them.
Dudar has written an eerie story that made the hair stand up on my neck. The story is at times supernatural and at others psychological and both aspects come together beautifully in this macabre tale of what may or may not be a haunted family farm. The characters are amazingly well-rounded and I must admit I really didn't like Gordon at all. He comes across as creepy and a bit of a tool--but is it his personality or is it the house? Les is very sympathetic but becomes increasingly odd, as well. Dudar also manages to move between the past and the present seamlessly, including other stories from Les' childhood that just make the story that much more disturbing. There is a story Les tells involving the family dog that really upset me and his fear of the basement was something I could completely relate to. There is even a quick nod to master story teller Edgar Allan Poe that fits perfectly into the ominous atmosphere. A Requiem for Dead Flies was a book I found difficult to put down. The Book also benefits from fantastic cover art and interior illustrations by William Cook, who is an amazing writer in his own right. Do yourself a favor and get this Bram Stoker Award-nominated book. You'll thank me for it.
Read more
2 people found this helpful
Helpful
Report abuse

Malina Roos
5.0 out of 5 stars Brilliant, Intelligent Horror at it's Finest
Reviewed in the United States on October 27, 2012
Verified Purchase
Peter N. Dudar has written an intriguing tale; one that captures the nebulous essence of a ghost story, interweaves it with a mystery, and tops it off with a surprising twist ending.
The story opens with Les McCauley reminiscing about Battle View Farm, the family homestead where Grandmother Vivian and Grandpa Clyde lived, and the summer he and his brother Gordon spent a tumultuous s couple of months following their mother's miscarriage. Les is in a mental institution and the story he tells flips between the summer he was thirteen, his early twenties and today.
Gordon McCauley decides to remain on the family farm upon Grandmother Vivian's death. Gordon wants to build a still and brew bourbon--and talks Les into staying on. While there, the brothers discover the farm is haunted. Maybe it was always haunted. Memories abound; Grandmother Vivian conversing with flies; mysterious messages appearing on the kitchen table told in their dead fly exoskeletons and dark secrets unearthed. The boys develop a secret language to help them cope with the ever increasing insanity that consumes the house and try to stay out of the way as much as possible. Secrets are discovered and unfold one at a time, like petals of a flower revealing a depth of storytelling reminiscent of Stephen King or Andrew Davidson.
Dudar shines with his seamless time period changes and his flawless perspective shifts keep the reader on track. There is no getting lost re-reading passages to figure out who is speaking or what year the reader is in. Although it looks easy, this is not a simple task. But Dudar makes it flow and the tale continues while the reader follows along meandering with the prose and the story, getting lost in the description and the craziness that consumes the farm, and eventually, the brothers.

David L. Brzeski
5.0 out of 5 stars Great first novel
Reviewed in the United Kingdom on March 30, 2013
Verified Purchase
This review was based on an advance copy sent to me by the publisher. I liked it enough that I picked up a kindle copy from Amazon after I'd read & written this review.

The best horror stories are based upon the fear of the unknown. They don't have clearly defined monsters, with clearly defined strengths and weaknesses.
There is evil at Battle View Farm. It started for Lester and Gordon MacAuley when they were sent to stay there one summer, while their parents recovered from the trauma of a miscarriage. Grandma Vivian is acting oddly and she's getting worse. She talks to dead flies and they tell her things.
The story of the two young boys' terrifying experiences, as their grandmother spirals into madness is alternated with the events of fifteen years later when they return to the farm to follow Gordon's ambition to start a business, brewing Bourbon.
Things start well, but there are hints that something is awry and gradually the madness starts again.
Peter N. Dudar alternates between these two separate events, gradually revealing more of what happened in a truly masterful manner, which keeps the reader gripped in suspense, while formulating theories of their own that may, but probably won't be borne out.
This may be his first novel, but Peter N. Dudar has been writing and publishing horror fiction for some ten years and it certainly shows in this excellent book.
Read more
Report abuse

Kat68
4.0 out of 5 stars A good read!
Reviewed in Canada on January 3, 2017
Verified Purchase
This story is fast paced, well written and keeps you guessing right up until the final few pages. If you enjoy chilling thrillers then I recommend it!
Read more
Report abuse
See all reviews