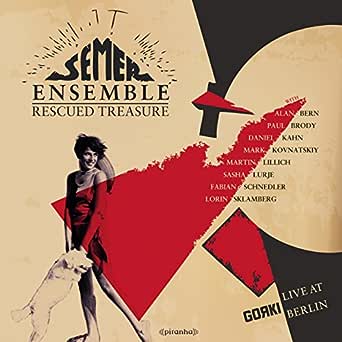 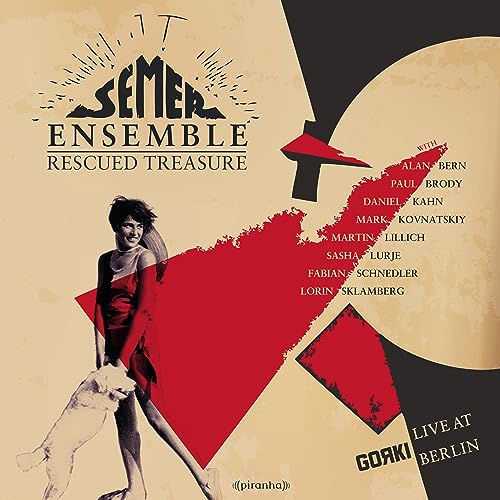 Semer Ensemble
4.3 out of 5 stars 4 ratings
See all 5 formats and editions Hide other formats and editions
Buy the CD album for $14.99 and get the MP3 version for FREE.&nbspCD album ships from and sold by Amazon.com. Terms and Conditions. Does not apply to gift orders. Complete your purchase of the CD album to save the MP3 version to your Music Library.

Dr. Debra Jan Bibel
TOP 1000 REVIEWER
4.0 out of 5 stars Lost & Found: Jewish Music of 1930s Berlin
Reviewed in the United States on June 15, 2016
Verified Purchase
This is the music that the Nazis thought they destroyed in 1938, when Brown Shirts smashed into Semer Record owner Hirsch Lewin's Hebrew Bookstore in Berlin and crushed some 4,500 discs and 250 metal plates. Semer Records, founded in 1932, had produced recordings of Jewish music and song covering the entire range from Yiddish songs and cabaret to cantorial tunes, folk songs, opera, and pop ballads.The cultural trove vanished with Holocaust. Lewin, sent to a concentration camp, was allowed later, before Eichmann's Final Solution took effect, to leave Germany. Fast forward to Berlin today. Jews have returned to the city mainly from East Europe and Russia but also from the New World, and Jewish culture has awakened. But what of the old music? In a global effort to track down old records, Rainer E. Lotz managed to accumulate most of the Semer catalogue, and in 2012 the Berlin Jewish Museum commissioned an ensemble to perform these diverse old works.

This particular recording is a live 2015 concert at Gorki Theatre in Berlin. The eight-member group includes Alan Bern, piano and accordion; Paul Brody, trumpet and vocals; Daniel Kahn, ukulele and vocals; Mark Kovnatskiy, violin and vocals; Martin Lillich, bassello [bass-stringed cello] and vocals; Sasha Lurje, vocals; Fabin Schnedler vocals and electric guitar; Lorin Sklamberg vocals and accordion. Even with new arrangements, the tone and spirit of the original recordings are conveyed. The music is a broad sampling from sentimental to comical, from religious to political. The sound quality is excellent.

This album demonstrates the importance of world distribution of recordings and specialist collectors. The banning of certain music still occurs by ultra-orthodox and radical religions and war has put some traditional music in jeopardy. The internet and commercial and institutional archives help protect against such future losses at the local level.

snorbens rules
4.0 out of 5 stars Good record - poor information
Reviewed in the United Kingdom on January 3, 2017
Verified Purchase
This is a fascinating collection of songs that have been very carefully produced and recorded to sound as much like the originals as possible. The voices and styles of playing have been very carefully studied.I have some old recordings and 78s of this music and and this is within the appropriate style for the time and place. There is quite a range of items from prayers, through love songs and comic songs, to dance music.
But ... it lost a star for the information with the CD really being of very little use, buyers may as well get a download. There are no words or translations with the tracks, not even proper descriptions of the tracks, which as they are in Hebrew and Yiddish, means that many people, who would otherwise enjoy the record cannot understand it, especially with the comic songs, which are as so many Yiddish songs, really quite detailed. Whereas some recordings without any accompanying information will often have the material on the internet, in this case I have not been able to find it in one place. Doubtless, if I spend a day doing an internet search I will be able to get some of it. Overall, not good enough and lets down an otherwise excellent recording.
Read more
Report abuse