Add to Cart
$19.99
+ Free Shipping
Sold by: books4seasons
Have one to sell?
Sell on Amazon 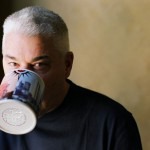 The Resignation of Eve: What If Adam’s Rib Is No Longer Willing to Be the Church’s Backbone? Paperback – February 1, 2012

Henderson is a self-described “spiritual anthropologist,” who probes into people’s spiritual lives. In this intriguing book, he examines the role, or lack thereof, that women play in the Christian church. He points out that research indicates that women tend to form the backbone of churchgoing even as many churches restrict the roles available to women. Consider: the majority of weekly churchgoers and church volunteers are women. Still, he notes, an increasing number of women are reevaluating their “spiritual options”: some resign themselves to their church, some join a different faith, others practice their faith in new ways, and still others leave the church altogether. In The Resignation of Eve, Henderson shares stories of the women he interviewed, followed by his own commentary—he doesn’t always agree with the conclusions of the women he profiles. In addition, he shares statistics on how women feel about their spiritual experiences. He concludes that, for many women, the church is not a safe place “to be yourself.” A provocative look at the often overlooked role that women play in the church. --June Sawyers

Henderson (Jim and Casper Go to Church: Frank Conversation about Faith, Churches, and Well-Meaning Christians) tells the stories here of many women who, despite their predominance in the life, membership, and mission of most churches and denominations, are routinely rebuked and squashed, if not worse. Henderson’s crucial insight is that the central feature of Christianity is – ought to be – “giving power away, particular to those who lack it,” not craving or needing power or keeping it from women. VERDICT: Insightful and moving, Henderson’s book is a mirror of what Christian spirituality ought to be; good for church groups and pastors as well as individual readers. (Library Journal)

Why millions of today’s most committed church members may be ready to bolt—and what to do about it
In talking with women around the country, Jim Henderson has come to believe that an epidemic of quiet, even sad resignation is developing among dedicated Christian women who feel overworked and undervalued in the church. As a result, many women are discouraged. Some, particularly young women, respond by leaving the organized church . . . or walking away from the faith altogether.

The Resignation of Eve is a field report on what women have to say about how they’ve been affected—both positively and negatively—by their experiences within the church. Listening to their stories is crucially important because, across the board, the research shows that women are driving changes in the church. What will happen if many of them resign?

It’s time to pay attention before it’s too late—time to follow in the footsteps of Jesus, who went out of his way to honor, elevate, and work through women wherever he went.

Containing personal interviews with women and surprising research from George Barna, The Resignation of Eve is a game-changing, conversation-starting book for women who have been engaged in the Christian church, as well as for their pastors and ministry leaders.
Read more