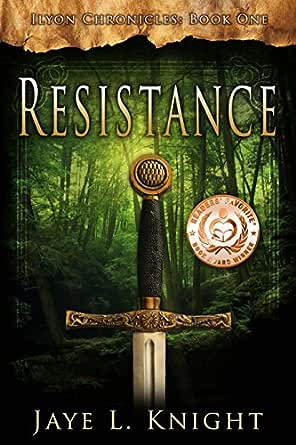 You've subscribed to Ilyon Chronicles! We will preorder your items within 24 hours of when they become available. When new books are released, we'll charge your default payment method for the lowest price available during the pre-order period.
Update your device or payment method, cancel individual pre-orders or your subscription at
Your Memberships & Subscriptions
There was an error. We were unable to process your subscription due to an error. Please refresh and try again. 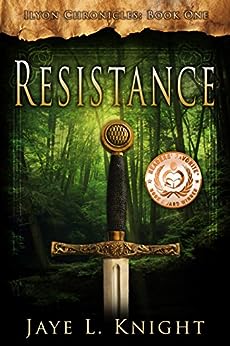 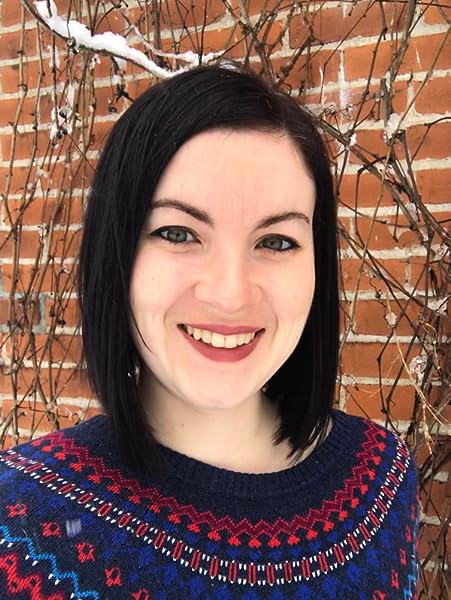 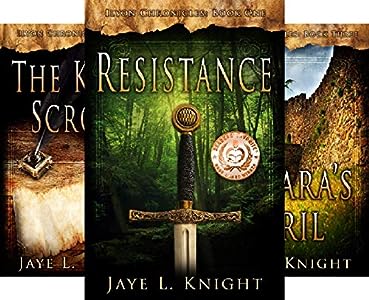 2014 Readers' Favorite International Book Awards Bronze Medal Winner for Christian Fantasy/Sci-Fi
2014 Lyra Contest Fantasy Winner
2015 Clive Staples Award Semi-Finalist
2016 Illumination Book Awards Enduring Light Gold Medal Winner
"From the first sentence, this story grabs you, refusing to let you go until you've finished it. I have read a lot of fantasy, and a lot of Christian fantasy, but I can only name a small handful of books that come near to the quality of this work...There is a level of realism and relatability that I have only very rarely seen before. The plot is thick and suspenseful, and will keep you on the edge of your seat until the very end." -- Sarah Westmoreland for Readers' Favorite

"It's rare I stumble into a book this great without help from my reader and author friends recommending it first, but I absolutely did and am so glad. Now I get to go tell all of them 'You must read this.'" -- Nancy Kimball, author of Chasing the Lion

Jaye L. Knight is a homeschool graduated indie author with a passion for writing Christian fantasy and clean New Adult fiction. Armed with an active imagination and love for adventure, Jaye weaves stories of truth, faith, and courage with the message that even in the deepest darkness, God's love shines as a light to offer hope. She has been penning stories since the age of eight and resides in the Northwoods of Wisconsin. --This text refers to the paperback edition.

4.7 out of 5 stars
4.7 out of 5
204 global ratings
How are ratings calculated?
To calculate the overall star rating and percentage breakdown by star, we don’t use a simple average. Instead, our system considers things like how recent a review is and if the reviewer bought the item on Amazon. It also analyzes reviews to verify trustworthiness.
Top reviews

Shantelle H.
5.0 out of 5 stars An Incredible Tale!!
Reviewed in the United States on May 20, 2014
Verified Purchase
Oh my... where to even start? It brought me to tears, made my skin tingle in delight, had my mind racing, and made my heart sigh.
Resistance tells the stories of a fascinating array of characters; the most prominent being Kyrin Altair and Jace. Kyrin, along with her twin brother Kaden, train in Tarvin Hall to serve the emperor. Jace is of a feared race, an outcast to society. Both of them have this in common: they serve King Elom; which is a dangerous thing to do in the darkening days of Ilyon. Believers of Elom labor to keep their faith a secret... but evil is at work. In the end, who will bow, and who will resist?
The setting of Resistance is an unusual, captivating mix of Ancient Rome-like times, fantasy concepts, and a futuristic touch, with the Christian allegory ever present. The collection of different "fantasy" races was intriguing. From the ruthless, supposedly soulless ryriks, to the regal, peace-loving talcrins, I was delighted by this creativity! Can't wait to meet more of the races, such as the cretes and the giants (dorlanders)!
This story was deep. Deep, emotionally-stirring, thought-provoking, and hitting very close to home. I often found myself thinking, "What would I do in that situation?" Because I have much in common with Kyrin and Jace. A faith that has faced persecution around the world and across the centuries, for one. And it's a faith worth fighting for! Resistance displayed that... with scenes that pierced my heart. No, I will not bow down to your gods; I serve King Elom, and Him alone! Yes, it was deep. It felt real.
The love story, well... it's not exactly a love story... but, I believe it will be, later on! :) Anyway, the relationship was so sweet. It came about with real compassion, selflessness, and care. Truly beautiful to watch unfold.
Oh, and did I mention that I love Kaden? Really, he's the epitome of "big brotherly-ness". He definitely ranks as a favorite character, along with Kyrin and Jace. But I liked all the characters... the good ones, I mean. Rayad, Trev, Endathlorsam, Liam, William, Trask, Anne... Ah, I just want to read more of them!
Resistance was surprising, with breathtaking twists and turns. It was bittersweet and love-filled, with scenes that made me want to cry and smile all at once. It was interesting, with its amazing settings and happenings. It was heart-rending. It was beautiful. It was worth it. Definitely not your fluffy romance story, but I loved it. I absolutely can't wait to read the next book to the Ilyon Chronicles!! And the next, and the next. I hear there's six books to the series, yay! :)
There was some violence, in order to enhance the story. I would caution younger children (12 and under). But otherwise, it's definitely not all gruesome and gore, just a bit of violence to make the situation more real.
All in all, a stunning story. Even after the last page, the impact remains.
Read more
16 people found this helpful
Helpful
Report abuse

Ryana Lynn
4.0 out of 5 stars Very Powerful Message
Reviewed in the United States on January 30, 2020
Verified Purchase
I fear I might would have buckled...I was so impressed by the faith of the characters. It was an encouragement to me.

I was a little bothered that God was not called God, and the races really confused me and frankly irritated me. I also didn't like some of the sensual insinuations of the story (revealing dresses, though not a lot of detail, thankfully; Divara with Kaden; guys staring at women and Jace’s birth situation.) personally, I was uncomfortable with how often that came up. I also didn't like the alone time between a girl and boy in the story. It wasn't above reproach. There was also some kissing and hugging prior to marriage.

But the faith of Trask, Kyrin, Kaden and Rayad was so impressive! I think the book is worth reading, but only if you are older and mature. I'd say 18+ for content and violence.
Read more
Helpful
Report abuse

Dustin Speckhals
5.0 out of 5 stars Exciting and Well Written
Reviewed in the United States on September 6, 2017
Verified Purchase
I was pleasantly surprised by the depth and thought put into this book by Ms. Knight. I hesitate using the cliche of "hard to put down", but Resistance had me from the beginning.

I found the story of both Kyrin and Jace to be an enjoyable and refreshing take on the fantasy genre. The subjects of persecution, fraternity, and compassion all give this tale heart. There is action, but it is not used flippantly; there is a sense of history, but it does not bog down the narrative. I have made comments to a few people that Resistance is very well-written. The vocabulary and attention to little detail that most authors forget made the story all the more palatable and believable.

I read the Kindle edition; the formatting was perfect, and the map was easy to find and look over. The glossary of characters, races, and places was also helpful, and indicates a well thought out world by the author; she was thorough in creating a place and people that piques the imagination

I am looking forward to reading the next volumes in the Ilyon Chronicles, and look forward to getting the same enjoyment as I did with this first part.
Read more
3 people found this helpful
Helpful
Report abuse
See all reviews

Katherine Austin
5.0 out of 5 stars Good wholesome fantasy
Reviewed in the United Kingdom on June 25, 2014
Verified Purchase
I love this writer, she inspires integrity with her characters, nobility with the trials they face and a desire to be more than I am with her internal and external journeying. A fantasy with epic possibilities.
Read more
One person found this helpful
Report abuse

Kindle Customer
4.0 out of 5 stars Epic
Reviewed in Australia on September 18, 2020
Verified Purchase
A well written take of epic proportions, depicting the rising tide of evil which the believers must oppose. Somewhat like our times now? Will you bow or will you stand against all odds? A good question.
Read more
Report abuse