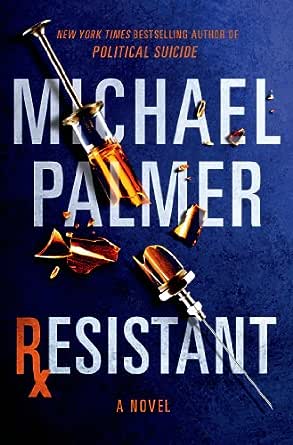 You've subscribed to Dr. Lou Welcome! We will preorder your items within 24 hours of when they become available. When new books are released, we'll charge your default payment method for the lowest price available during the pre-order period.
Update your device or payment method, cancel individual pre-orders or your subscription at
Your Memberships & Subscriptions 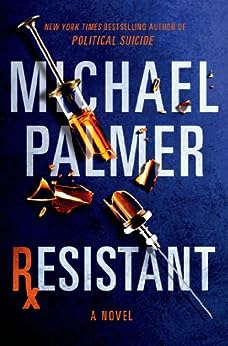 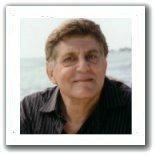 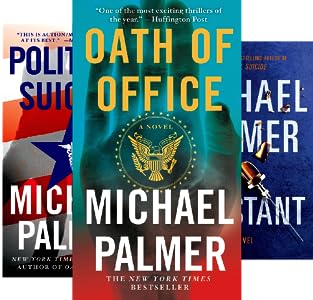 Dr. Lou Welcome is a fine Boston emergency-room physician who also happens to be a recovering addict. He is asked to cover for his boss at a medical conference in Atlanta, and takes his best friend, Cap, along. While out trail running, Cap severely injures his leg on a slippery slope; Lou manages to get him to the hospital, but that’s just the beginning of Cap’s problems. He picks up a new bug, nicknamed the Doomsday Germ by the press, while hospitalized. Turns out a right-wing domestic terrorist group created the germ, which they had planned on using to blackmail the U.S. government into shutting down all entitlement programs. But the flesh-eating bacteria grew out of control and became completely resistant to all known treatments, including the cure the terrorists thought they possessed. Even the Center for Disease Control is stumped. The FBI gets involved, and the race between the government and the terrorists to find a cure is on. Medical-thriller fans of all stripes will find much to enjoy here. Unfortunately, the author died in late 2013; whether there are any more books in the pipeline is anyone’s guess. --Stacy Alesi --This text refers to an out of print or unavailable edition of this title.

“Plenty of chills and spills.” ―Kirkus on Political Suicide

“Fans won't be disappointed and Palmer can add another bestseller to his list.” ―Associated Press on Political Suicide

“A must-read for fans of political intrigue.” ―The Fort-Worth Star Telegram on Political Suicide

“When you open the pages of a Michael Palmer novel, you know you are in the hands of a pro.” ―The Huffington Post on Political Suicide

“This is a definite keeper!” ―Suspense Magazine on Political Suicide

“Compelling and terrifying.” ―Kirkus on Oath of Office

“The twists fly in A Heartbeat Away and the results create a terrifying scenario…Palmer has a mastery of the medicinal science involved in such elaborate conspiracy, plus the intricacies of presidential succession.” ―Associated Press on A Heartbeat Away

“Prepare to burn some serious midnight oil.” ―The Boston Herald on The Last Surgeon

“Endlessly entertaining. The roller-coaster ride of a plot builds to an undeniably shocking conclusion.” ―Publishers Weekly on The First Patient

“The novel is not merely a thriller but also an exploration of its central character's unique gifts and her determination to communicate with her comatose father despite overwhelming odds. Another winner from a consistently fine writer.” ―Booklist on The Second Opinion

MICHAEL PALMER is the author of more than a dozen novels of medical suspense, all international bestsellers. His books have been translated into thirty-five languages. Extreme Measures was the basis for a movie starring Hugh Grant and Gene Hackman. --This text refers to an out of print or unavailable edition of this title.

Liberty is worth more than every pearl in the ocean, every ounce of gold ever mined. It is as precious to man as air, as necessary to survival as a beating heart.

Lou was doing sit-ups on the carpet between the beds in room 177 of what had to be one of the bargain rooms at the venerable Chattahoochee Lodge. Cap Duncan, shirtless and already in his running shorts, was kneeling by Lou’s feet, holding down his ankles. Cap’s shaved pate was glistening. His grin, as usual, was like a star going nova. He had done three hundred crunches before Lou was even out of the sack, and looked like he could easily have ripped off three hundred more.

Every inch a man’s man.

Lou’s best friend, and for ten years his AA sponsor, was a fifty-two-year-old Bahamian, with a physique that looked like it had been chiseled by one of Michelangelo’s descendants. He had earned his nickname, Cap’n Crunch, from his days as a professional boxer, specifically from the sound noses made when he hit them.

It was April 14—a Thursday. Lou’s trip to Georgia had been ordered by Walter Filstrup, the bombastic head of the Washington, D.C., Physician Wellness Office (PWO), a position that made the psychiatrist Lou’s boss.

Filstrup’s sweet wife, Marjory, a polar opposite of her husband, was in the ICU of a Maryland hospital with an irregular heartbeat that had not responded to electrical cardioversion. But as one of two candidates for the presidency of the National Federation of Physician Health Programs, Filstrup was scheduled to address the annual meeting, being held this year at the lodge in the mountains north of Atlanta.

Wife in ICU versus speech in Georgia. Let … me … think.

Not surprisingly to Lou, Filstrup had actually wrestled mightily with the choice. It wasn’t until Marjory had an allergic reaction to one of the cardiac meds that the man turned his speech over to Lou along with his conference registration, and an expense account that would cover all Lou’s meals, providing he only ate one a day.

“You’re slowing down, Welcome,” Cap said. “You’re not going to get to three hundred that way.”

“I’m not going to get … to three hundred any way.”

Cap, his competitive fire seldom dimmed, delighted in saying that most people’s workout was his warm-up. Lou, nine years younger, and at six feet, an inch or so taller, never had any problem believing that. Their connection began the day Lou was checked into Harbor House, a sober halfway house in one of the grittier sections of D.C. Cap, given name Hank, was working as a group leader there while he cajoled one bank after another trying to scrape together enough bread for his own training center. Twelve months after that, Lou was living on his own, the Stick and Move Gym had become a reality, and the two friends, one black as a moonless night, and the other a blue-eyed rock-jaw with the determination of a Rottweiler and roots that may have gone back to the Pilgrims, were sparring three times a week.

A year or so after that, following a zillion recovery meetings and the development of a new, infinitely mellower philosophy of living, the suspension of Lou’s medical license was lifted, and he was back in the game.

“Okay, then,” Cap said, “do what you can. It’s no crime to lower your expectations. Only not too far.”

“Does everything … we do together … have to be … some sort of competition? Two-twenty … two-twenty-one…”

“I assume we’re going to have breakfast after our run and I don’t believe in competitive eating, if that helps any.”

“Of course. It would be the one area I could kick your butt.”

The Chattahoochee Lodge had been built in the twenties for hunters and had been enlarged and renovated in 1957, the same year Elvis purchased Graceland. A sprawling, rustic complex, the main building was perched in the mountainous forest, high above the banks of the fast-flowing Chattahoochee River. As ecotourism boomed in the early 1990s, the place became a major destination for leisure travelers, birders, hikers, and convention goers, with rooms often booked a year in advance.

Lou, board-certified in both internal and emergency medicine, had never particularly enjoyed medical conferences of any kind, so it was a godsend when he whined about the impending trip to Cap and learned that his friend’s only living relative was an aging aunt, living just outside of Atlanta. Working full-time in the ER at Eisenhower Memorial Hospital, and part-time with the PWO, Lou had more than enough in his small war chest for another ticket south. The quite reasonable rent for his second-floor, two-bedroom apartment down the street from the gym and just above Dimitri’s Pizza helped make a loan to his sponsor even more painless.

Proof that the idea was a solid one was that Cap haggled surprisingly little over the bartering agreement Lou proposed—two months of weekly sessions in the ring for him, plus an additional four lessons for his precocious fourteen-year-old daughter, Emily. Cap would get the window seat.

Having to put up with Filstrup notwithstanding, Lou loved his job at the PWO. The pay was lousy, but for him the irony of going from being a client to being an associate director was huge. The organization provided support and monitoring services for doctors with mental illness, physical illness, substance abuse, sexual boundary violations, and behavioral problems. Most new PWO contracts required the troubled physician to enter some sort of treatment program or inpatient rehab, followed by regular meetings with their assigned PWO associate director, along with frequent random urine screens for alcohol and other drugs of abuse.

Lou was hardly averse to counseling and psychotherapy for certain docs, but he strongly believed that, physician or not, addiction was a medical illness and not a moral issue. Walter Filstrup disagreed.

When Filstrup finally handed over his carefully typed speech and the conference program, the trip got even better. Not only would Lou and Cap have time for some training runs together in the mountains, but while Cap was visiting his aunt, Lou would be able to take a conference-sponsored guided tour of the Centers for Disease Control—the CDC.

Lou had spent nearly ten months of his life in Atlanta and had never even been close to the world-renowned institute. The last time he was in the city, nine years before, was for the one-year reunion of his treatment group at the Templeton Drug Rehab Center.

It was time to complete some circles.