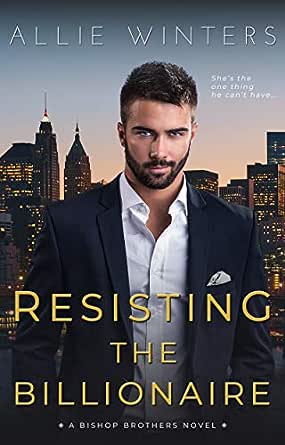 You've subscribed to Bishop Brothers! We will preorder your items within 24 hours of when they become available. When new books are released, we'll charge your default payment method for the lowest price available during the pre-order period.
Update your device or payment method, cancel individual pre-orders or your subscription at
Your Memberships & Subscriptions
There was an error. We were unable to process your subscription due to an error. Please refresh and try again. 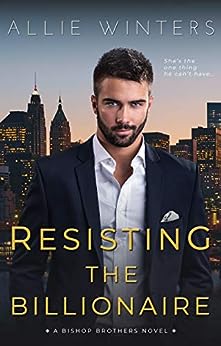 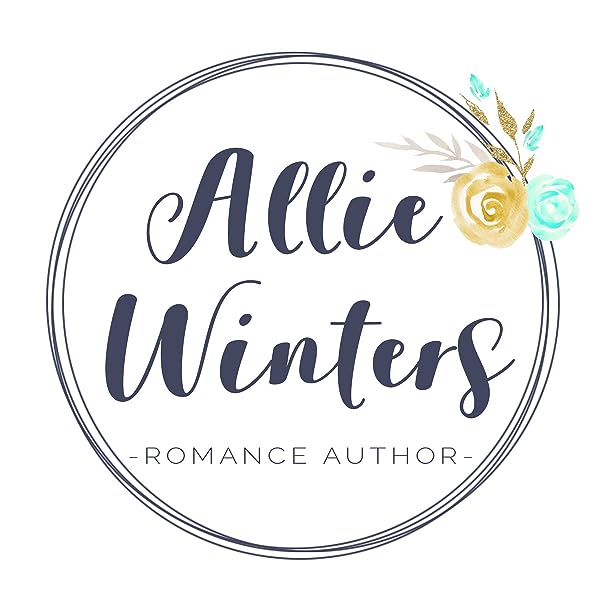 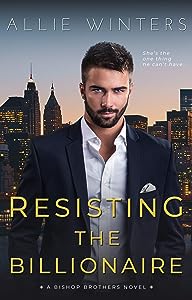 4.2 out of 5 stars
4.2 out of 5
8 global ratings
How are ratings calculated?
To calculate the overall star rating and percentage breakdown by star, we don’t use a simple average. Instead, our system considers things like how recent a review is and if the reviewer bought the item on Amazon. It also analyzes reviews to verify trustworthiness.

Gabriel is one of 3 brothers in the Bishop family where Dad is the billionaire, the other 2 brothers both working for their father and his business while Gabriel is the one who is just not good enough and can't seem to do anything right, getting into trouble at every turn. His father decides that he has had enough and Gabriel needs to settle down, and has arranged a marriage for him in the form of a business deal, tying two companies together, with Gabriel marrying the new partner's daughter. He has no say in the matter, he either gets married or gets cut off.

It soon becomes apparent that the bride does not want to marry Gabriel either, in fact she thought she was marrying one of the other brothers! Gabriel is told to partake in the wedding arrangements and act like he's trying, what he didn't expect was to fall for the wedding planner!

McKenzie has the chance of a lifetime to finally put her wedding planning business out there when she is given the gig to plan a billionaire wedding. But the bride wants nothing to do with the arrangements or picking anything to do with the wedding, which just leaves the groom to help out. The problem starts when the mutual attraction between McKenzie and Gabriel grows tangible the more time they spend together, their chemistry building until it reaches boiling point!

I did start to feel really sorry for both of them, trapped in an awful situation that they just couldn't see any way out of, yet their attraction for each other was just so there! They struggled to stay professional but ended up being friends and working well together. Gabriel's character was lovely, showing his insecurities about having never really worked in his life but enjoyed helping McKenzie with her business, her praise for his good work showing just how much was really lacking in his life. But his lifestyle contacts went a long way to helping out her business as well, both of them benefitting from being together and realising just how good they would be together, but both having so much to lose if they did.

A great story line that was intriguing and interesting, a slow burn with some hot steamy moments thrown in, ending with a happy twist that I didn't see coming, but am hoping to find out more about it in another book in this series!
Read more
Helpful
Comment Report abuse

The Lusty Literarians
5.0 out of 5 stars Irresistible New Series!
Reviewed in the United States on October 22, 2020
Winters has given us a powerful start to a new series with Resisting the Billionaire. I'm so tempted to make an irresistible pun here, but I'll resist the temptation. See what I did there? OK, I promise I'm done with the horribly cheesy jokes. What I will tell you, however, is that RtB is a very enchanting book and a fantastic introduction to the Bishop Brothers' world. Having read the author's prior series, Suncoast University, I had high hopes for this new project and this book did not disappoint.

I was immediately drawn in and completely devoured this book in a matter of hours! On the surface Gabriel is a shallow playboy who lives a life of extravagance without a care in the world. We are quickly dissuaded from that notion and realize that he is as layered as the cake at his arranged marriage. He proves that a picture is worth a thousand words, but that you can't always believe what you see at first glance. Then we have the FMC, Mackenzie. I liked that she didn't immediately fall under Gabriel's spell of glitz and glamour. Their relationship had a slow build up, from business, to friends, to lovers. They might come from different worlds financially, but emotionally they worked well together, which I loved.

I absolutely loved the ending to this book and I can't wait for the next book in the series. I'll definitely be reading that one as soon as it comes out!
Read more

Tweeboowee
4.0 out of 5 stars Can't wait for book 2!
Reviewed in the United States on October 26, 2020
New to me author and I definitely will be reading more from AW!!! Book 1 in the Bishop Brothers series and I totally enjoyed it!!!! Gabriel is the brother that is always in trouble with his father, nothing is ever good enough, but Daddy has had enough, so he has arranged a marriage for Gabriel. They are very wealthy and very influential. Given an ultimatum, he's backed into a corner and he agrees. The bride nor the groom is happy about it. Although they feel the same, Gabriel finds himself participating more because he is completely enamored by the wedding planner, Mackenzie. Mackenzie needs to save her business and this new wedding event needs to be flawless. She's works with couples in love and this new couple is definitely NOT that! But, regardless, she needs to make it 1000% amazing.

As the bride keeps ghosting wedding planning, Gabriel and Mackenzie spend more time together but Mackenzie cannot let anything happen between them. There is so much at stake, her company, her reputation and Gabriel's father can destroy her very quickly, so as much as she wants to be with him, she can't. I really liked the way the story flowed, I liked seeing the interactions with the brothers, I am so looking forward to their stories. Gabriel and Mac had fantastic chemistry and I LOVVED being in Gabriel's mind and loved seeing him fall head over heels for his girl!!!!!
Read more
Helpful
Comment Report abuse

Ashley Harper
5.0 out of 5 stars 5 Star worthy!!
Reviewed in the United States on October 22, 2020
Allie Winters has created a superb storyline for her readers to consume. Mackenzie and Gabriel’s story was written impeccably and with so much depth! I was hooked by the end of the first page and didn’t put it down until the very last page of the epilogue. There is a perfect mix of chemistry, love, lust, pain, comedy, conflict and duty.

Mackenzie isn’t looking for the everlasting love of her life, she’s business minded and working tirelessly to stay afloat in New York. Gabriel is epitome of a playboy, or at least thats what he lets the media think, not having a job EVER and coasting along on Daddy’s billions. When their paths cross, the chemistry is FIRE, only Gabriel is locked in an arranged engagement and Mackenzie is their wedding planner.

Throughout the story Mackenzie and Gabriel go through so many delicious high’s and low’s, both tougher and on their own, that I couldn’t help but devour every scene. The angst, conflict and lust lead to some very STEAMY scenes and in the end, a very sweet love story. This book is definitely worthy of 5 ⭐️!!!
Read more
Helpful
Comment Report abuse
See all reviews