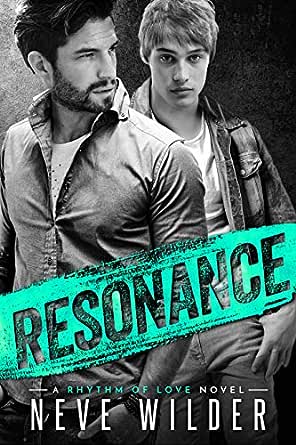 You've subscribed to Rhythm of Love Series! We will preorder your items within 24 hours of when they become available. When new books are released, we'll charge your default payment method for the lowest price available during the pre-order period.
Update your device or payment method, cancel individual pre-orders or your subscription at
Your Memberships & Subscriptions
There was an error. We were unable to process your subscription due to an error. Please refresh and try again. 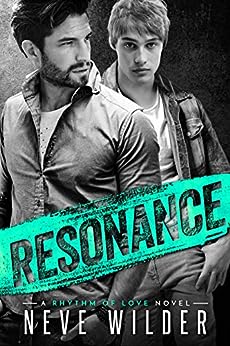 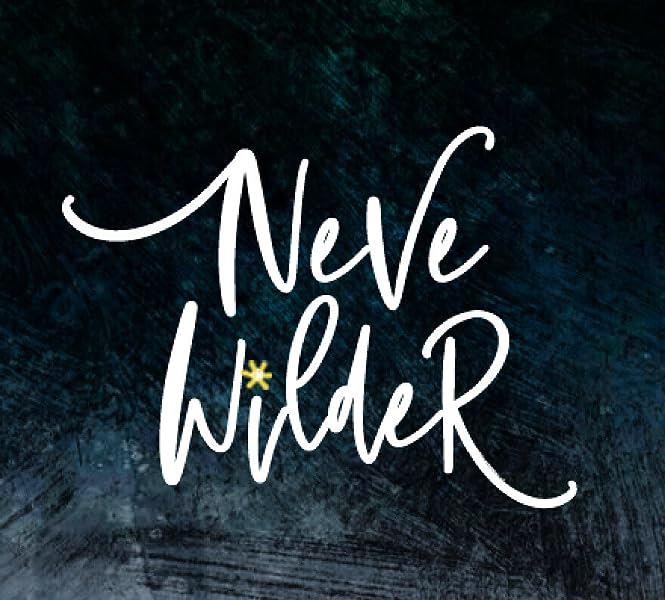 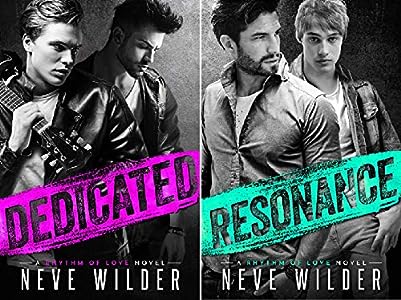 ★★★★★
"Neve Wilder has done it again, but even better! I am so infatuated with this story, and these character's. Owen and Dan have taken the top of my favorite couples this year! Their quirky back and forth, the endearing way they care for each other and love each other. Everything about this book was excellence from start to finish! If you like music, if you like the older somewhat jaded and kinda Grumpy MC and the sweet, lovable and quirky younger man, then this is your jam!" --WickedGoodReads

★★★★★
"I was intrigued by the blurb but literally was blown out of the water by this emotional book. It challenged my concept on what to expect but in the most wonderful ways. This was not the typical rock star story I was expecting. I was immediately absorbed in the men's lives and their differences fascinated me." --Bayou Book Junkie

★★★★★
"There's just something about Dan that got to me right away. I could almost hear his voice in my head, with a slow, smoky-sweet drawl that would melt your insides when he sang." --Love Bytes Reviews

4.5 out of 5 stars
4.5 out of 5
114 global ratings
How are ratings calculated?
To calculate the overall star rating and percentage breakdown by star, we don’t use a simple average. Instead, our system considers things like how recent a review is and if the reviewer bought the item on Amazon. It also analyzes reviews to verify trustworthiness.
Top reviews

AMP
VINE VOICE
5.0 out of 5 stars Loved. Loved. Loved.
Reviewed in the United States on August 23, 2019
Verified Purchase
Can I get one more in? Loved. I loved this book. I really love Wilder's writing. It feels so natural. Like these are real people. The dialog is amazing and nothing feels forced.

There are a lot of secondary characters, but they work, for the most part (I was a little lost about some of the characters that show up for really no purpose - like some of the record store customers - but, I guess that's real life. People come in and out of our circle).

Even the water leak plot point felt natural. Some authors would have belabored the issue until it felt really manufactured. But Wilder just puts it out there like a natural progression of life events, without making a huge deal about it, and it just flows into the story (no pun intended). I think that's why the characters feel so REAL. Life just happens and they are dealing with it. So different from authors that rely on overused, ridiculous tropes like coincidence!teacher or coincidence!boss. Wilder's stories just ARE. They aren't artificial or contrived.

My biggest complaint is that Wilder doesn't write fast enough for me to jump right into Aiden's (and I presume Jessup's) story.
Read more
One person found this helpful
Helpful
Report abuse

SandyC
5.0 out of 5 stars A fluffy blanket on a cold winter's night!
Reviewed in the United States on August 21, 2019
Verified Purchase
I loved this book. It had everything I love in romance - sexual tension, getting to know you moments such as watching horror movies and sharing popcorn, and the genuine, caring way these two men fell in love. It's a match that shouldn't make sense and yet it does. Owen opens up and Dan can't resist him. I also loved the focus on old, rare records, and how music lovers can argue about a certain song for hours. Although this is the second book in the Rhythm of Love series, it can certainly be read as a stand-alone. I'm very happy that Neve Wilder is now on my list of auto buy authors (and it's a very short list, because I'm extremely picky!).
Read more
One person found this helpful
Helpful
Report abuse

Sarah T.
5.0 out of 5 stars Slow Burn Chemistry
Reviewed in the United States on August 27, 2019
Verified Purchase
I have to admit, I wasn't feeling Owen and Dan, in Dedicated or this novel. I re-read Dedicated so I could get my head into this world, and I'm glad I did. After reading a few chapters, I found myself rooting for these two lost souls because Neve Wilder 's writing is lyrical and sucks you in, lulling you into thinking that you are a friend and maybe invited over for movie night.
Owen is pretty much my thoughts personified, but I love that he catches himself when he knows he's rambling. And Dan, Dan is sex in blue jeans and cowboy boots, but that's my opinion!
Neve Wilder brings the music scene alive with her gorgeous writing!
Read more
One person found this helpful
Helpful
Report abuse

Kramerdeb0731!
5.0 out of 5 stars This Truly Resonated With Me
Reviewed in the United States on August 24, 2019
Verified Purchase
It's rare that I am struck without words but I can barely think of what to say about Neve's lovely words here. (Ok I'm kidding) Her two MC's are a study in opposites. And we all know that opposites attract. Owen and Dan's story it's at once funny, combustible, sexy and sweet. I loved the bantering dialog. That's my favorite part in a book. If the dialog is working, the rest of the story flows. It was a slow build to a lovely ending. If you haven't read the first in this series I highly recommend as that was beautifully written as well. I do look forward to many more reads and words from Neve Wilder and you will too!!
Read more
One person found this helpful
Helpful
Report abuse

Amazon Customer
5.0 out of 5 stars Slow burn romance, great characters, and a lot of chemistry
Reviewed in the United States on November 19, 2019
Verified Purchase
I have yet to not love a full length Neve Wilder romance, and I have a hard time envisioning a book of hers that I don't enjoy.

Resonance is a slow burn romance between an employer and an employee with an age-gap, but despite having two tropes that I don't really care for, usually, it managed to be so sweet and organic that it didn't bother me. The power imbalance was addressed and resolved, and the age difference wasn't overly underlined or made creepy.

The character were already familiar from Dedicated, and they really grew on me in this story. Both Owen and Dan were fully fleshed out characters that felt like real people. Often romance authors fall into the trap of writing caricatures of people for the sake of having the tools for hot sex scenes, but here the hot sex was just an added bonus.

The pacing of this book was also on the slower side, and the conflicts were on the real life scale. When reading romance, you get the feeling that a character needs to have some huge trauma to be interesting or relatable, but to me the most interesting are the ones I could actually imagine knowing in real life.

This wasn't my favorite of Neve's, but it still one of my favorite romances of the year.
Read more
Helpful
Report abuse

Maryssa Summers
5.0 out of 5 stars Loved it!!
Reviewed in the United States on August 22, 2019
Verified Purchase
I really loved this book. The passion between Dan and Owen was hot and sweet at the same time. Owen has this adorable rambling issue when he gets nervous and anything will come out of his mouth. We hear about Dan's past and I felt so bad for him and what he went through. I actually enjoyed this book better than the first book.

I really enjoy Neve's writing. She really knows how to draw me into the story. I couldn't wait to see how this story ended.

I voluntarily received an ARC in exchange for an honest review.
Read more
One person found this helpful
Helpful
Report abuse

Kindle Customer
5.0 out of 5 stars More than a love story
Reviewed in the United States on November 25, 2020
Verified Purchase
I liked that this is not a story of love only but talks about music and passion and drive. Owen was a real sunshine and so tender and sweet but also with a backbone. And there is enough hot scenes to keep it spicy.
Read more
Helpful
Report abuse

Wendy Crossley
5.0 out of 5 stars So good
Reviewed in the United States on August 27, 2019
Verified Purchase
Dan and Owen were so cute together. Dan's quiet, powerful adult ways and Owen's fun-lovin, jokester all out entertainer was a perfect balance. What a great read, so easy flowing with a lot of passion.
Read more
Helpful
Report abuse
See all reviews

BevS
5.0 out of 5 stars Another great read from Neve...
Reviewed in the United Kingdom on August 28, 2019
Verified Purchase
This one compared to Dedicated?? As alike as chalk and cheese 😜. This was sooo much better than book 1 of this series [for me anyhoo], and I think it could probably be read as a standalone if you wanted, although you would be missing out on some of the backgrounds to various characters. This is a well-written, fairly angst-free zone story 🎉🎉🎉. 4.5 stars and 💜💛💙💚🧡 hearts from me.

A lovely slow-burn romance between Daniel, 40 something owner of Grim's record store in Nashville and former recording star, and his younger, ditzy employee Owen, whom I absolutely loved. Dan came with baggage aplenty, and although he was aware of Owen, thought it best to keep strictly to employer/employee rules, but he couldn't resist being pulled into Owen's orbit 😍... We have a teeny, tiny catch-up with Les and Evan of Dedicated, meet Dan's younger, seemingly waste of space brother Aiden, and get to know some of the artists that Dan calls friends although he is a fairly private guy.

Hope the next one is about Aiden and Jessup Polk...there should be fireworks. 😉
Read more
Report abuse
See all reviews