You've subscribed to A Knitorious Murder Mystery! We will preorder your items within 24 hours of when they become available. When new books are released, we'll charge your default payment method for the lowest price available during the pre-order period.
Update your device or payment method, cancel individual pre-orders or your subscription at
Your Memberships & Subscriptions
There was an error. We were unable to process your subscription due to an error. Please refresh and try again. 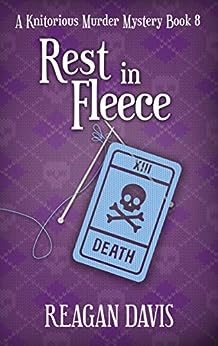 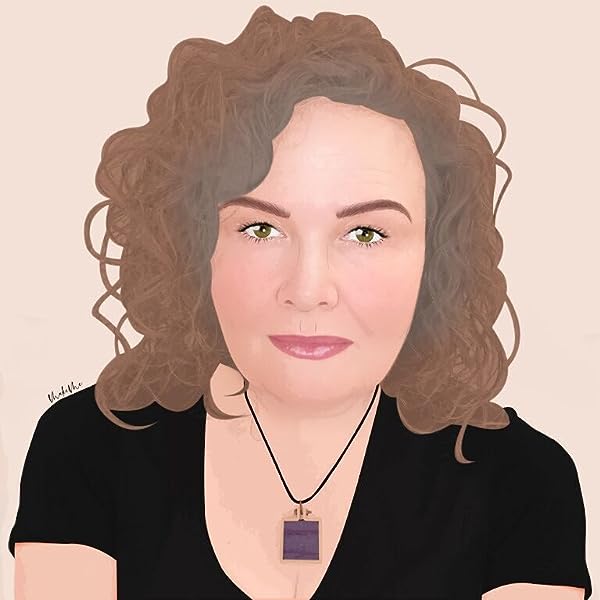 The Sandman Act 1
The Sandman offers a dark, literary world of fantasy and horror. Listen free
Books In This Series (10 Books)
Complete Series 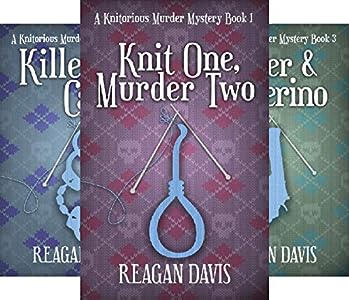 4.6 out of 5 stars
4.6 out of 5
126 global ratings
How are ratings calculated?
To calculate the overall star rating and percentage breakdown by star, we don’t use a simple average. Instead, our system considers things like how recent a review is and if the reviewer bought the item on Amazon. It also analyzes reviews to verify trustworthiness.
Top reviews

Betty V
5.0 out of 5 stars Fortune Telling and Murder
Reviewed in the United States on March 31, 2021
Verified Purchase
This is such a fun series, and this book doesn't disappoint! It is well-written and has a really great storyline. In this story, we get to meet a fortune teller and a relative of Eric’s. The family dynamics go deeper when Hannah starts dating to Adam’s dismay. The mystery itself is twofold, a murder and Sophie’s mysterious trips to the park. It’s a great cozy mystery filled with all the things I love... just the perfect amount of humor, romance, mystery, intrigue, quirky characters, and adventure that will keep any reader completely engaged. I will hate to see this series end!
Read more
Helpful
Report abuse

Bibliophile
4.0 out of 5 stars Harmony Lake is the place to be!
Reviewed in the United States on May 26, 2021
Verified Purchase
This is such a charming series! Megan and her "modern family" are wonderful, and I particularly enjoy the old ladies' knitting mafia that runs the town. Eric and Megan have a murder to solve that raises more questions than answers, and too many of the suspects have a personal tie to the duo. Another well-written winner!
Read more
Helpful
Report abuse

Rosebud
5.0 out of 5 stars Great
Reviewed in the United States on April 23, 2021
Verified Purchase
This is another fun book from this author. The characters are great and the story line is good as well. This ends with Eric proposing and everyone is celebrating.
Read more
Helpful
Report abuse

MA Baker
5.0 out of 5 stars A good story
Reviewed in the United States on May 9, 2021
Verified Purchase
An unknown woman is killed, why and by whom are the questions that plague Megan and her gang of friends. When the pieces come together there's a happy ending.
Read more
Helpful
Report abuse

bobbi
5.0 out of 5 stars Her books are all page turners
Reviewed in the United States on July 31, 2021
Verified Purchase
You won't wnt to put this book down
Read more
Helpful
Report abuse

Mawber
5.0 out of 5 stars Buy it
Reviewed in the United States on May 19, 2021
Verified Purchase
Great book, worth the read and a can't put her down story
Read more
Helpful
Report abuse

June Price
5.0 out of 5 stars A fun read with likeable characters and depth of plot
Reviewed in the United States on March 31, 2021
A murder is, of course, the central focus of the book but what I particularly enjoyed was how deftly author Reagan Davis weaves together all the back-stories that flesh out the characters. She's made them multi-dimensional and done it in such a subtle way that you suddenly realize your quest to figure out the murderer isn't always your focus. For instance, why is Sophie the corgi suddenly retrieving only tennis balls only when you perhaps threw a frisbee or other toy? As the human of a corgi mix, I found myself puzzling over that mystery almost as much as trying to solve the mystery until the end.

It's the little, human touches that ring true to me character-wise. I found myself smiling at the new postal worker who has been misdirecting the mail. Rather than get angry and confront the worker, it seems the people in town, including main character Megan, simply roll their eyes and use it as an excuse to visit and chat with those whose mail they've received. In little ways like this, Davis introduces not just the cast of the story but shows how their interconnected relationships work as friends, customers, and neighbors. And, of course, clues emerge from all this otherwise seemingly innocent visiting.

Bottom line, I love this book series by Davis. Megan comes across as a real person, one you might talk to on the street or in her store, who is both smart and focused and human enough to have concerns about how a new character might impact her relationship with the man in her life. You don't even have to like knitting or even know how to knit to enjoy this story (I'm woefully inept at knitting), so give it a read. You won't be sorry. Intriguing mystery, characters you'll like, and an adorable little corgi who plays a central role in one of the story lines. Four paws up from my corgi girl.
Read more
Helpful
Report abuse
See all reviews

Ann Neal
5.0 out of 5 stars Another great read
Reviewed in the United Kingdom on April 16, 2021
Verified Purchase
Although another book in the series it can be read as a stand alone as all characters and their connections are explained in the text.
Read more
Report abuse

Esther
3.0 out of 5 stars Not sure about
Reviewed in Australia on April 29, 2021
Verified Purchase
I liked the other books but this one was a bit strange. Read it, thought about it and did not like it very much. It felt unfinished.
Read more
Report abuse

Suzanne Fortier
5.0 out of 5 stars Terrific book as usual
Reviewed in Canada on April 8, 2021
Verified Purchase
I really enjoyed this book revisiting with all the usual characters. Cannot wait to read the next story and see what happens
Read more
Report abuse
See all reviews