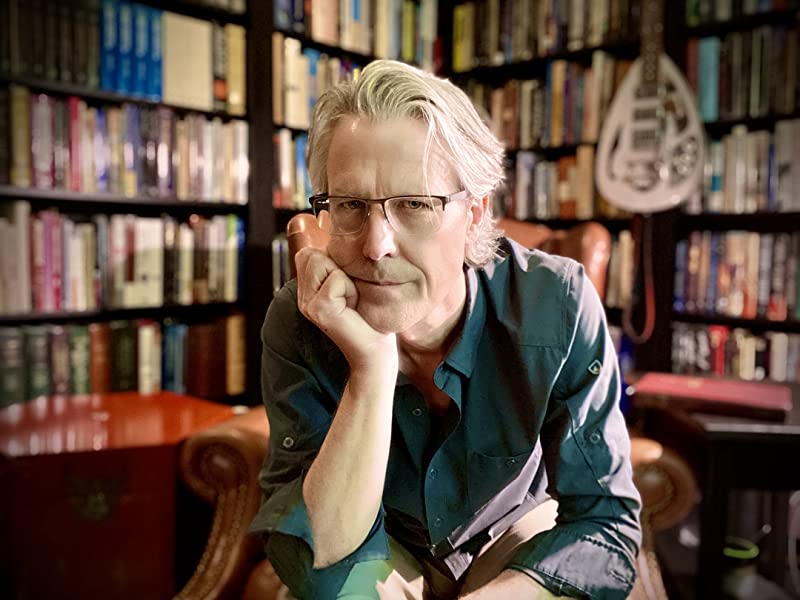 by Doug Powell (Author)
4.8 out of 5 stars 34 ratings
See all formats and editions
Sorry, there was a problem loading this page. Try again.

Comparable in style to the best-selling Ologies children’s fantasy book series, Resurrection iWitness brings truth to the highly illustrated genre. This book gives evidence for the resurrection of Jesus Christ by using the easy-to-understand Minimal Facts argument. That means it relies only on the historical facts that almost all biblical scholars (including atheistic, Jewish, and liberal) accept and shows how only the biblical story of the resurrection can account for all these agreed-upon facts.

Across 32 intensively designed pages (16 spreads acting as individual chapters) -- each containing information that is physically nested and must be actively opened to discover -- the reader investigates the story of Christ and weighs the evidence to determine its historical accuracy.

Doug Powell's book includes cutting-edge distinctions that are presented in a fast-moving format that absolutely dares you to try and look away. I've never seen anything like it. I recommend it highly.
Gary R. Habermas, Ph.D.
Liberty University & Theological Seminary

Doug Powell has created a book full of information laid out in an aesthetically pleasing format. He presents the major evidence for the historical event of Jesus' resurrection and shows why competing hypotheses simply come up short. Highly recommended!"Michael Licona, Ph.D.
Author, The Resurrection of Jesus: A New Historiographical Approach

Powell has created a visually stunning and academically astute tool that will draw in believer and unbeliever alike and present the powerful historical evidence of Jesus' conquest of death. Any Christian should have this fantastic book at the ready. Craig J. Hazen, Ph.D.Biola Univeristy, Director of M.A. Program in Christian Apologetics

Doug Powell's Resurrection iWitness is a brilliant blend of art and scholarship that supports history's most important event. Even those who hate to read will not be able to resist Resurrection iWitness!  Frank Turek, Ph.D.Co-author, I Don't Have Enough Faith to be an Atheist

Doug Powell is a dynamic professional, combining his passion for Christian apologetics with his skills as a graphic designer and musician. He holds a Master of Arts degree in Christian Apologetics from Biola University. His design work has run the gamut of media from online medical education courses and corporate Web sites to flash animation. Doug has recorded several albums; Rolling Stone once declared, “Powell makes music that’s larger than life.” He lives in Nashville, Tennessee.

Doug Powell is a Christian apologist, author, graphic designer, programmer, and recording artist. He has appeared on Late Night with Conan O’Brien, CNN, NPR, World Cafe, Prime Time America, The White Horse Inn, Stand to Reason, and Sound Rezn. His books include the best-selling Holman QuickSource Guide to Christian Apologetics, Resurrection iWitness (an interactive book on the minimal facts argument for the historical evidence for the Resurrection), and Jesus iWitness (an interactive book on the life of Christ). He is also a contributor to the Apologetics Study Bible and the Apologetics Study Bible for Students. In addition, Doug is the designer of the Resurrection iWitness iPad app. As a recording artist, Powell has released nine albums, including The Apprentice’s Sorcerer, which gives the Transcendental Argument for God as told as a magic show and set to music. Doug holds a Masters in Apologetics from Biola University.

HomerJ
5.0 out of 5 stars Great book and great gift idea
Reviewed in the United States 🇺🇸 on December 6, 2012
Verified Purchase
The "minimal facts" argument is probably my favorite to use with believers and non-believers alike. It is very compelling and easy to explain, and it quickly explodes all sorts of myths, such as how Christians are to have a "blind faith" without evidence.

This book starts by quoting 1 Corinthians 15 and notes that if an enemy wants to find the weak point of Christianity we hand it to him. Paul couldn't be more clear: If the physical resurrection of Jesus didn't happen, then Christianity is false, we are making the real God mad and we are to be pitied above all men.

It goes on to note key facts that even those hostile to the faith willingly concede, and then explains how alternate theories all fail in light of those facts. Our faith is grounded in reason and evidence and we can be confident that the resurrection really happened.

Remember, Christmas is the time of year where people expect us to talk about Jesus. Even the non-believers will listen to and hear songs about him. Wouldn't a book that elegantly and accurately explains why we should believe that He really lived, died and rose again make a great gift?

So buy one or a bunch ($12.46 for a coffee table quality book is a bargain) and give them away. It will be your easiest evangelism of the year. Be sure to have it lying around your house as a conversation starter. Give one to your kids. This is the kind of message that our youth desperately need when they go off to college. It really disarms critics when we politely point out why we have solid reasons for trusting in Jesus as our Savior.
Read more
5 people found this helpful
Helpful
Report abuse

Amazon Customer
5.0 out of 5 stars great book
Reviewed in the United States 🇺🇸 on April 4, 2021
Verified Purchase
I didn't know what to expect when purchasing this book, but I love it! It is so well done and the flaps make it exciting for kids.
Read more
Helpful
Report abuse

Travis Dunlap
4.0 out of 5 stars Immediately engaging.
Reviewed in the United States 🇺🇸 on August 23, 2012
Verified Purchase
After skimming the book, I put it out in my office and it was immediately noticed and commented upon. Many of the first comments were how well the book was put together. Though there's not a ton of content, but it is well organized and interactive. There is a section about the Shroud of Turin in there which can be interesting but I don't think should go into a book like this. It has great value as a conversation starter. The crowd I'm around required a bit of presupposition explanations, but the fact that these types of conversations were started was definitely worth the low price of this book! I highly recommend it!
Read more
7 people found this helpful
Helpful
Report abuse

Stacy
5.0 out of 5 stars Fascinating, compelling - an adventure to explore!
Reviewed in the United States 🇺🇸 on September 4, 2012
Verified Purchase
Excellent book by Doug Powell. He did a wonderful job combining solid, thoughtful, reasonable apologetics with fun and compelling graphics to make this book an adventurous page-turner! It has an Indiana Jones-like quality in that you must explore every photo, flap, map, chart, etc to fully understand the claims on each page. But you don't get too bogged down in the details, because they are clear, brief and to the point. I'd recommend this book for anyone interested in exploring the truth claims of Christianity - from skeptic to believer, student to theologian. A must have for your coffee table! I am sincerely looking forward to the next installment!
Read more
2 people found this helpful
Helpful
Report abuse

AC
5.0 out of 5 stars Fantastic Resource
Reviewed in the United States 🇺🇸 on May 12, 2014
Verified Purchase
This book exceeded my expectations. It is much more than a coffee table book and more than a kid's book. I took it into my office two weeks before Easter and placed it conveniently on my desk. This led to several lengthy and productive discussions with unbelievers about the veracity of the truth claims of Christianity. I would highly recommend this interactive book to anyone with questions about the resurrection and to believers who desire to engage others regarding the historicity of Christianity and how that sets this religion apart from all others.
Read more
Helpful
Report abuse

Stephen Heller
5.0 out of 5 stars Great Apologetics
Reviewed in the United States 🇺🇸 on September 24, 2013
Verified Purchase
Many believe that Jesus Christ was a great man, a great teacher, a prophet, a great rabbi, etc. etc. However, he was crucified by the Romans after being accused by the Jewish leadership of "claiming to be God". So he either a liar, a lunatic, or God in human flesh. The entire foundation of the Christian faith is the Resurrection. Resurrection iWitness
explains the popular theories that refute the resurrection and shows why they make less sense than believing the
Resurrection itself.
Read more
One person found this helpful
Helpful
Report abuse

Cinders
5.0 out of 5 stars Excellent book
Reviewed in the United States 🇺🇸 on February 21, 2013
Verified Purchase
I love this book and its layout. It reads like an investigator's notebook/scrapbook collecting information regarding the resurrection of Jesus and whether we have enough evidence to believe in it. It is a very creative apologetic for the resurrection and I think both older children and adults would enjoy looking through it. I plan on buying more to give as gifts.
Read more
Helpful
Report abuse

cordelia powell
5.0 out of 5 stars i witness resurrection book
Reviewed in the United States 🇺🇸 on August 12, 2012
Verified Purchase
EXCELLENTLY EXECUTED WITH CLEAR LANGUAGE TO EXPLAIN THE ISSUES ON THE DEBATE OF THE HISTORICAL REALITY & SIGNIFICANCE OF THE RESURRECTION. FAIRLY STATES THE VIEWS AND EQUALLY DETAILS THE WEAKNESSES OF THEM ALL. ALLOWS FOR ACADEMIC HONESTY FOR ANYONE INTERESTED IN TRUTH & THE RESULTING CONSEQUENCES OF ONE'S DECISION BASED ON THE FACTS.
Read more
One person found this helpful
Helpful
Report abuse
See all reviews

sandy
5.0 out of 5 stars great information book
Reviewed in Canada 🇨🇦 on January 10, 2014
Verified Purchase
This book is very interactive and fun to read and look at. I bought this book along with the Jesus iWitness for Christmas gifts and all who received thought they were cool and interesting to read.
Read more
Report abuse
See all reviews