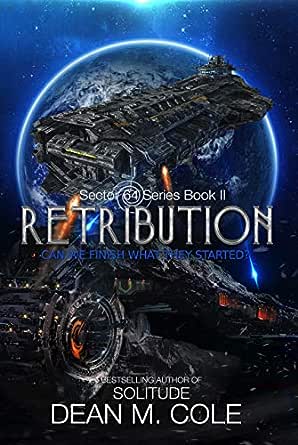 You've subscribed to Sector 64! We will preorder your items within 24 hours of when they become available. When new books are released, we'll charge your default payment method for the lowest price available during the pre-order period.
Update your device or payment method, cancel individual pre-orders or your subscription at
Your Memberships & Subscriptions
There was an error. We were unable to process your subscription due to an error. Please refresh and try again. 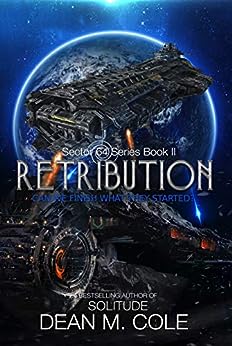 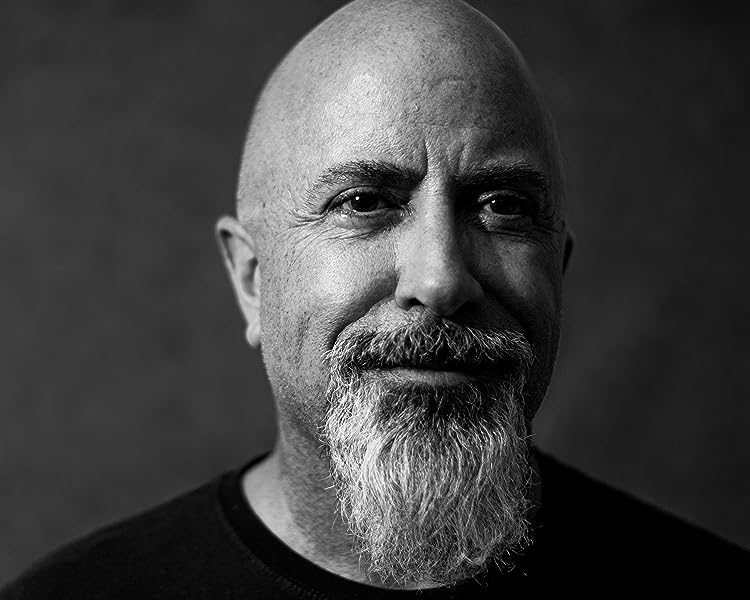 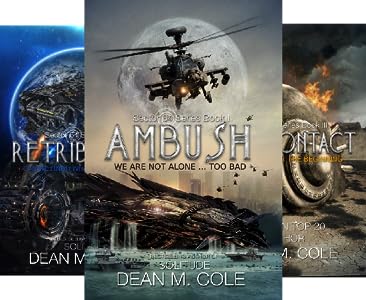 **A Huffington Post - IndieReader Best of SF&F**
**Read the Rave Kirkus Review**
Scroll up and grab a copy today.

4.4 out of 5 stars
4.4 out of 5
124 customer ratings
How does Amazon calculate star ratings?
Amazon calculates a product’s star ratings based on a machine learned model instead of a raw data average. The model takes into account factors including the age of a rating, whether the ratings are from verified purchasers, and factors that establish reviewer trustworthiness.
Top Reviews

Catherine MackayTop Contributor: Classical Music
5.0 out of 5 stars Gripping edge-of-your-seat military action adventure that I couldn't put down
Reviewed in the United States on February 2, 2016
Verified Purchase
Retribution: Sector 64 is the action packed, gripping, edge-of-your-seat sequel to Ambush: Sector 64. From the beginning Dean M. Cole draws you into his story of revenge and genocide between two alien races, the Argonians - who are our cousins - and the lizard-like Zoxyth and caught between the two is humanity. In an entertaining tale of true grit, the Argonians and the combined Earth military forces face off against the vengeful Lord Thrakst of Zoxyth and his gene weapon. Dean Cole has written a very good series that is both exciting and well plotted; the tech is brilliantly thought out; the characters, including the bad alien, are quite memorable. All in all Retribution has bag-loads of adventure, courage, a dash of romance, gritty action and some very tenacious characters willing to protect their comrades in arms, and the bad guys are deliciously.....well, bad. Loved this series and I'm kinda hoping there will be some more Sector 64 books, 'cause I really liked them.
Read more
2 people found this helpful
Helpful
Comment Report abuse

Karin
5.0 out of 5 stars Thank you Remulkin Thramorus
Reviewed in the United States on August 25, 2016
Verified Purchase
First I would like to thank Remulkin Thramorus without whom humankind might have ceased to exist. Now to the story: Each side seemed to be fighting for redemption because everybody lost somebody somewhere along the line. With that in mind, what do you say? “You shot one of mine, so I will shoot three of yours.” Or, do you say, “No more! Let’s work together.” To get to the second way of thinking, we must go through a lot of intricate maneuvering (Physics and calculus again!!!). I thoroughly enjoyed the story and did try to communicate with the UGF to warn them at times. According to Dean M. Cole, this is the last book in this series. But…
Read more
One person found this helpful
Helpful
Comment Report abuse

Willis
5.0 out of 5 stars Giant lizards devestate the earth
Reviewed in the United States on April 12, 2018
Verified Purchase
Okay, they're not exactly lizards, but neither was Godzilla. And the earth isn't entirely devastated, just the 15 largest cities. Turns out Harry Truman had made contact with the folks who orginally colonized the planet- actually our ancestors, and they canhulp us. Maybe. But it's complicated. Very readable, and if you like action and believe in love you'll like this one.
Read more
Helpful
Comment Report abuse

BillB
4.0 out of 5 stars Still following in the steps of giants like, Heinlein, Azimov, Verne, Anderson. Trying to bring out the best in people, warts and all.
Reviewed in the United States on March 31, 2020
Verified Purchase
Good story, lots of twists and turns. Action like Starship Troopers (book not movie). Technology like Caves of Steel. An imagination to rival Paol Anderson and a view of the future like Jules Verne.
Read more
Helpful
Comment Report abuse

Lowell Boggs
5.0 out of 5 stars Wonderful and exciting fun
Reviewed in the United States on January 5, 2020
Verified Purchase
Almost finished. The book is very exciting and is a great follow on to the first book. I love the way that technologies from other famous sci fi stories appear as plot lines.
Read more
Helpful
Comment Report abuse

Jim Warren
5.0 out of 5 stars Continuation of the battle.
Reviewed in the United States on March 29, 2017
Verified Purchase
The action continues as Earth further discovers both it's heritage and it's impending doom. Battered by an earlier sneak attack which it barely survived, Earth's military must learn to use alien technology to defend itself. Allied with it's newly met galactic forbearers they face a weapon for which the only defense is the weapons distruction. Action filled space battles and suspenseful plot make it five star read!
Read more
Helpful
Comment Report abuse

tony
4.0 out of 5 stars Good read
Reviewed in the United States on July 22, 2020
Verified Purchase
Good read. Too wordy is some areas. The story is very good. Can't wait for the next episode! Highly recommend.
Read more
Helpful
Comment Report abuse

Omega
4.0 out of 5 stars Good Military Space Opera
Reviewed in the United States on January 12, 2018
Verified Purchase
Boilerplate plot with enough twists and turns to make the reading quick and entertaining. Unlike many other authors, Dean Cole closed the Sector 64 story without beating it to death in poorly crafted sequels.
Read more
Helpful
Comment Report abuse
See all reviews from the United States

Woodcutterfrog
4.0 out of 5 stars Very readable
Reviewed in the United Kingdom on November 14, 2017
Verified Purchase
Just as cliched and gripping as the first book - despite its faults this remains a great read. Once again the action stretches the boundaries of possibility and credulity but obviously not the author's imagination as he seems to have an innovative solution for any circumstance. I hope there is another Sector 64 book lurking somewhere as I am intrigued to see where the good cliches go after having apparently defeated the bad ones.
Read more
2 people found this helpful
Helpful
Sending feedback...
Thank you for your feedback.
Sorry, we failed to record your vote. Please try again
Report abuse

Kindle Customer
5.0 out of 5 stars Brilliant
Reviewed in the United Kingdom on October 17, 2017
Verified Purchase
This'll have you on The edge of your seat right from beginning to end. I was blown away by how I was drawn into the storyline.
Read more
2 people found this helpful
Helpful
Sending feedback...
Thank you for your feedback.
Sorry, we failed to record your vote. Please try again
Report abuse

ACS
4.0 out of 5 stars Four Stars
Reviewed in the United Kingdom on January 21, 2018
Verified Purchase
A good and enjoyable read for SiFi fans
Read more
One person found this helpful
Helpful
Sending feedback...
Thank you for your feedback.
Sorry, we failed to record your vote. Please try again
Report abuse

Hard but Fair
1.0 out of 5 stars Book 1 I called pulp SF...
Reviewed in the United Kingdom on February 2, 2016
Verified Purchase
Book 2 just needs pulping, total rehash of the first episode, the over use of the terror weapon leads to yawn oh they used it again fatigue,
The lack of the possibly nutty character from book 1 just highlights how bland the rest are.
Seldom is a sequel this bad I only lasted 70% before calling uncle.