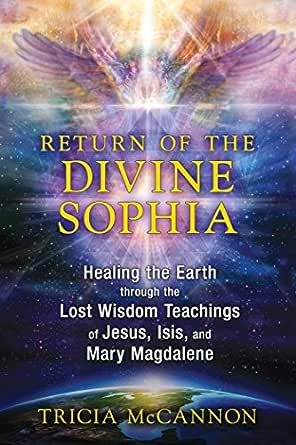 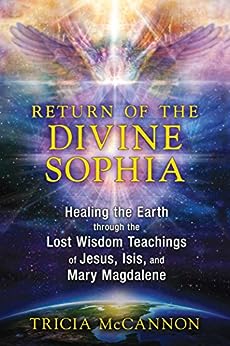 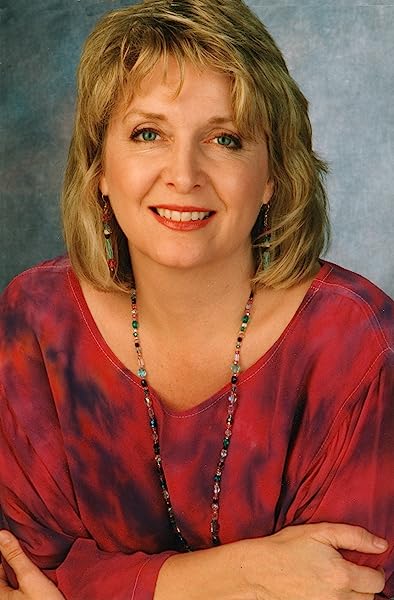 Return of the Divine Sophia: Healing the Earth through the Lost Wisdom Teachings of Jesus, Isis, and Mary Magdalene Kindle Edition

Tricia McCannon is a renowned clairvoyant, teacher, and mystical symbologist. She is the author of two books, Dialogues with the Angels and Jesus: The Explosive Story of the 30 Lost Years and the Ancient Mystery Religions. She has been a featured speaker at conferences in the United States, England, and Europe and has appeared on radio and TV shows, including Coast to Coast AM and Whitley Strieber’s Dreamland. The director of the Phoenix Fire Lodge Mystery School, she lives in Atlanta, Georgia. --This text refers to an alternate kindle_edition edition.

February 2nd. Brigit’s Day. I could just make out Shasta’s cottage against the gloaming indigo sky as I parked on the dead-end street leading to her house. Tonight was the first meeting of the sacred Circle, and as I made my way slowly up the shadowed walk onto the wide wooden porch, I could feel my heart beating in my chest. I opened the front door to see the merry crackle of a winter’s fire and several women seated in a circle on the floor. They looked up as I entered and smiled. I took my seat quietly on the large open cushion waiting for me, feeling the deep magic of the house enveloping us in its arms.

As the ladies began to introduce themselves I learned that these were intelligent, articulate women who ranged from homemakers to international directors of companies. Shasta greeted us warmly. “Welcome to the Circle of the Goddess. Tonight we begin a journey in to the heart of the Mysteries. The Goddess teaches a path that all life is sacred and that the intelligence that moves through the Universe moves through each of us as well.

“Throughout the centuries the Goddess has been known by many different names. In Christianity she is called Mary, the great Mother of Compassion. In Judaism she is known as Sophia, the Goddess of Wisdom. In India, China, and Japan she is Lakshmi, the Mother of Generosity. She is also Sarasvati, the Goddess of Creativity; Durga, the vanquisher of demons; Parvati, the Mother of the Universe; and Kali, the Great Transformer who rules the cycles of death and rebirth. These are only a few of her many faces.”

Shasta looked around the circle. Our eyes were wide with wonder. I had never even heard of most of these goddesses.

“Honoring the Goddess was the first theology of our ancestors. They believed that the Creator of the Universe was female, but people have forgotten who she is and the world has fallen out of balance. Our path is about remembering her place in Creation and restoring balance to the world. In the end this path is also about discovering the divine spark within every creature and within every one of you.” Her words fell into a deep place within me.

“The Goddess gives birth to all that lives, and she takes back into herself all that ever was in the cyclical patterns of life and regeneration. We women have all of the same characteristics as the Goddess--we bleed, we give birth, we tend to the dying, and we celebrate the many natural transitions of life.

“In Egypt she was known as Isis. Her husband was Osiris. She was a sister, daughter, mother, wife, widow, and queen. Isis became the savior goddess whose cunning and insight helped rescue Egypt from 350 years of darkness.”

Our faces were rapt with attention. “Isis lies within every woman, and every woman is Isis, for we each have the potential to experience all of these aspects of ourselves. Isis established the first Mystery Schools in Egypt, which taught that it is the balance between the male and the female that brings us to mastery. If we neglect either side of our natures we cannot achieve it.” The light from the fire danced across her face as we drank in her words.

“For more than 7,000 years Isis was worshipped in temples across the world. And for the past two millennia she has continued to be honored as Mary Magdalene, another widow married to a great world savior.”

A collective gasp echoed through the room. Mary Magdalene? What did she have to do with Isis? “Mary the Magdala, or Mary the Great, was trained as a Priestess of Isis in the temples of Egypt. The knowledge of who she really was, the female equivalent or partner of Christ, was forced to go underground by the patriarchy, although Jesus had called her ‘The Apostle who knew the All.’” The entire room seemed to be holding its breath.

Shasta resumed, “We will speak more of these subjects in the months to come, but tonight we begin our year of study on the Eve of Candlemas, one of the eight High Holy Days of the year.” Shasta passed candles around the circle. “In the Celtic world February 2nd was the Festival of Brigit, a Triple Goddess with three major forms--the maiden, the mother, and the crone. Brigit governed the arts of healing, knowledge, agriculture, and smithcraft, and she was also the patron goddess of writing. Her temples at Kildare in Ireland had clear-running springs and a fire that was constantly maintained in the temples by the priests and priestesses. This fire was dedicated to truth, illumination, and knowledge.”

Shasta lit her candle and then touched the flame to the candle next to her, passing the light around the Circle. “Brigit’s symbols are the sacred flame of illumination and the waters of eternal healing, symbols that were also sacred to Isis. Tonight we light these candles for them--for Brigit, Isis, and Mary Magdalene, the hidden brides whose light must be rekindled in the world.”

I reflected on how Brigit’s holiday fell in the winter season of greatest darkness. She was the bringer of hope and light. Perhaps now, when the world has forgotten the light of the feminine face of God, we could help her return.

Shasta was speaking. “We light candles to Brigit to affirm that despite the seeming darkness we believe light and love and truth will return and that all the people of the Earth will one day awaken from their spiritual slumber.” It seemed to me that our tiny flames symbolized the hope of women everywhere that there would soon come a time when women were not beaten, marginalized, or oppressed, a time when the light would dawn once again for women across the world, and with it healing would come to the Earth. --This text refers to the paperback edition.
Read more