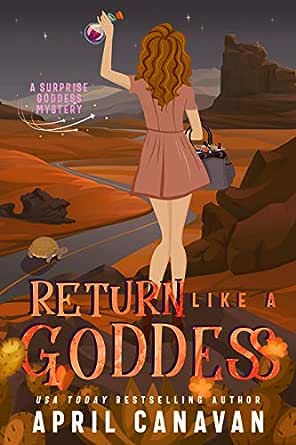 You've subscribed to Surprise Goddess Cozy Mystery! We will preorder your items within 24 hours of when they become available. When new books are released, we'll charge your default payment method for the lowest price available during the pre-order period.
Update your device or payment method, cancel individual pre-orders or your subscription at
Your Memberships & Subscriptions
There was an error. We were unable to process your subscription due to an error. Please refresh and try again. 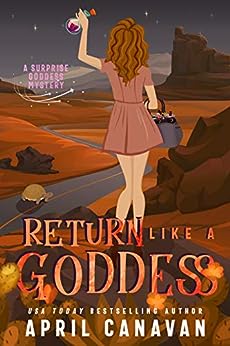 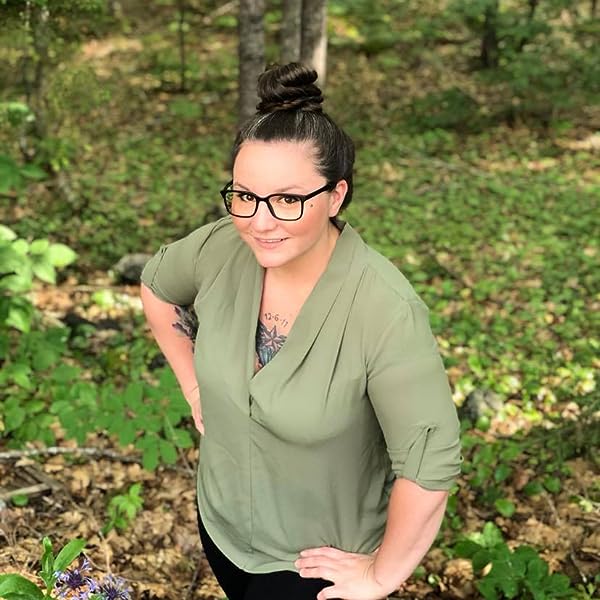 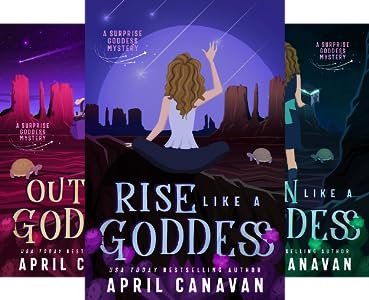 Josie Contessa
5.0 out of 5 stars OMG!
Reviewed in the United States on November 22, 2019
Verified Purchase
Really? I don't want to give away any spoilers, but my heart was just breaking once the gaps were filled in. And who she is...oh my! My Greek mythology memory muscle was definitely getting a work out. So much more to come and I can't wait.
Read more
One person found this helpful
Helpful
Comment Report abuse

Michelle
5.0 out of 5 stars April never disappoint!
Reviewed in the United States on January 27, 2020
Verified Purchase
A new installment to Eva’s story - she’s back in Surprise and someone is kidnapping the children of the gods. Another exciting mystery where Eva races against time to save the children of the gods.
Read more
One person found this helpful
Helpful
Comment Report abuse

Dawn D
4.0 out of 5 stars Still enjoyable
Reviewed in the United States on January 14, 2020
Yes I would still recommend this book and the entire series to my friends! However, I would have to recommend that this particular book, especially, be gone over by a serious editor as there are several continuity errors! The most glaringly obvious of these happened when Ataro had no idea what Eva was talking about when she said that she saw something happen in a vision (Ataro even went so far as to tell Eva that it was impossible) despite having not only discussed seeing this kind of thing earlier in the book but Ataro and Leo even provided proof of why they believed her! I realize that I'm not being VERY specific there but I don't want to give away ANY spoilers! That's why I've been intentionally keeping ALL of my reviews about these books so short...that, AND because I am just so excited to dig right in to the next one! If the author reads this review, the other thing that you/your editor should be on the lookout for are more typographical errors that slipped through. For example, there are several instances where a sentence ends and the next starts with no space between the period and the next letter which, obviously, prevented the next sentence from being capitalized. I'm the last person to judge grammar and/or punctuation and the only way that those change my ratings is when they make a book completely indecipherable! That is NOT the case in this book! Not for me, anyway! I'm only making note of these errors so the author knows they happened. The last thing I wanted to note was along the same lines as the one I just mentioned except that the next sentence was supposed to start with the word "The" a couple of times. If I had to guess...I would say that this only happened because these are extremely addictive to read and she may have had fans breathing down her inbox for the next book! LOL! The main character loves to watch the show "Supernatural" & I just can't help wishing that this was a weekly show too!
Read more
One person found this helpful
Helpful
Comment Report abuse

js14
3.0 out of 5 stars Good But...
Reviewed in the United States on April 18, 2020
I'm going to be honest, it seriously bothers me that in her Eva incarnation with brown curly hair Eva sees herself as no more than pretty but when she's sees her platinum blonde Asteria incarnation she refers to herself as beautiful. That's not right because throughout the series I've tried to ignore it but it's pretty much always the blondes she refers to as beautiful.

Also it bothered me that everyone treated her like a criminal for needing time to heal after a serious trauma. That's messed up. And the fact that she blamed Kai, and then feels guilty for it, why doesn't she ever ask him why Sean couldn't be mind controlled but he could. That's a question he needs to be asked and needs to answer.

Also I'm a little confused as to if she has all her memories or only a few. I mean the story is interesting but I feel like Eva is being mistreated and absolutely no one who claims to be her friend is taking the time to actually see and understand her side of things.
Read more
One person found this helpful
Helpful
Comment Report abuse

Crystal W
5.0 out of 5 stars Devoured in one sitting
Reviewed in the United States on November 22, 2019
When the goddess Hecate shows up and informs you, “There’s something weird going on in Surprise.” You know things are about to go sideways. No sooner does Hecate leave, then Eris shows up to tell her the same thing. One goddess Eva could possibly ignore, but not two. And even though Eva had sworn off the gods, and Olympus, you know she’s going back to try to fix it. I mean, that’s what they originally hired her to do. Before she knew she was a goddess, long before she discovered she’s actually a Titan.
When she returns, she discovers that someone or something has been kidnapping the children of some of the gods, including Ataro and Leo’s baby, Nora. Immediately, Eva knows that she’ll be solving this case and getting back the missing children. With the help of some new to the series goddesses, and her current friends, Eva sets out to figure out just who is kidnapping the children, and why.
Just like the first four books in this series, Return Like a Goddess keeps you glued to the pages until the very end. The characters run the gamut, from jerks to loving mothers, the writing is at times hysterical (Hades in a pink tutu and tiara anyone?) to downright suspenseful (Campe is free from Tartarus). I can’t wait to see what happens next with both the characters, and the storyline.
**Read with my Kindle Unlimited subscription
Read more
One person found this helpful
Helpful
Comment Report abuse

Kindle Customer
5.0 out of 5 stars Let your inner light shine
Reviewed in the United States on November 23, 2019
Another great read. She's left Surprise with Chaos. Now six months down the line she's got her full powers but it has done nothing to chase away the nightmares or visions as she calls them. One however stands out to her. A young boy being taken from his bed by an invisible kidnapper. Then she is tracked down and told that children are being kidnapped and that her BFF's six month baby is one of the stolen children. She has to return to help find them. Can she piece together who has taken them and why? Can she get over the feeling of betrayal she has against Kai? Is there a significance as to whose children have been taken? What does her birthday have to do with anything?
A great read that plays with mythology plus all the heightened emotions that the gods (and goddesses) display. Hope the next one is due out soon.
Read more
One person found this helpful
Helpful
Comment Report abuse

Dayzee
5.0 out of 5 stars Titans and God’s unite! You dont want to miss this! ⭐️👌
Reviewed in the United States on November 23, 2019
Finally some much needed answers!!! woohoo! Ive been waiting for Eva to remember her past.. any memory and finally she does! Its amazing 😉 She rocks and she truly is the light. Eva returns to her city after a much needed break from the last events from the book 😢. Her friends need her help yet again! She’s now able to use and control her powers more accurately thanks to the annoying but sexy Deston! Love this series so much! Eva has a squad of Gods backing her up and must work together to bring down the monsters! Im also happy Eva decided to try again with certain wind god 💋😘 I read this with my kindle unlimited!
Read more
One person found this helpful
Helpful
Comment Report abuse
See all reviews