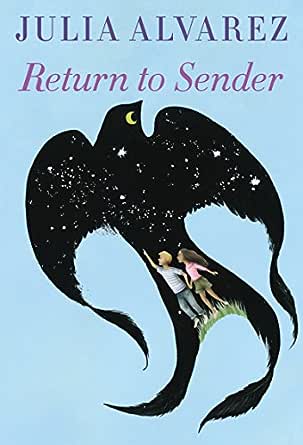 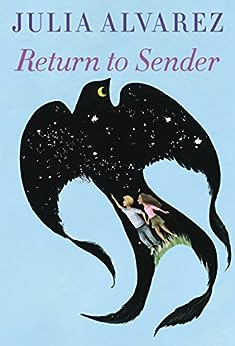 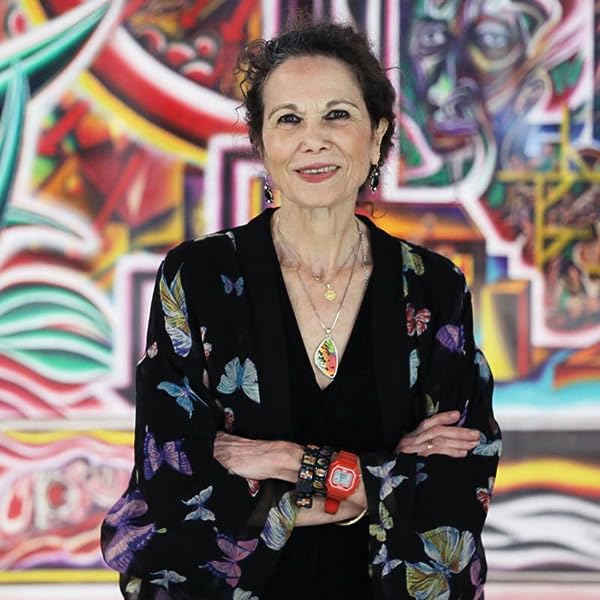 Grade 4–7—Sixth-grader Tyler Paquette lives in a dairy-farming community in Vermont. His father was injured in a tractor accident and must now turn to undocumented Mexican laborers to run the farm. Thus, a trailer on the property soon becomes home to the Cruz family—sixth-grader Mari, her two younger sisters, father, and two uncles, all needing work to survive and living with fear of la migra. They have had no word on Mari's mother, missing now for several months. Tyler and Mari share an interest in stargazing, and their extended families grow close over the course of one year with holiday celebrations and shared gatherings. Third-person chapters about Tyler alternate with Mari's lengthy, unmailed letters to her mother and diary entries. Touches of folksy humor surface in the mismatched romance of Tyler's widowed Grandma and cranky Mr. Rossetti. When "coyotes" contact Mr. Cruz and set terms for his wife's freedom, Tyler secretly loans the man his savings, then renegotiates a promised birthday trip in order to accompany Mari to North Carolina to help rescue her abused mother. When immigration agents finally raid the farm and imprison both Cruz parents, it signals an end to the "el norte" partnership, but not the human connections. This timely novel, torn right from the newspaper headlines, conveys a positive message of cooperation and understanding.—Susan W. Hunter, Riverside Middle School, Springfield, VT
Copyright © Reed Business Information, a division of Reed Elsevier Inc. All rights reserved. --This text refers to an alternate kindle_edition edition.

Tyler looks out the window of his bedroom and can’t believe what he is seeing.
He rubs his eyes. Still there! Some strange people are coming out of the trailer where the hired help usually stays. They have brown skin and black hair, and although they don’t wear feathers or carry tomahawks, they sure look like the American Indians in his history textbook last year in fifth grade.
Tyler rushes out of his room and down the stairs. In the den his father is doing his physical therapy exercises with Mom’s help. The TV is turned on; Oprah is interviewing a lady who has come back from having died and is describ-ing how nice it is on the other side. “Dad,” Tyler gasps. “Mom!”
“What is it? What is it?” Mom’s hand is at her heart, as if it might tear out of her chest and fly away.
“There’s some Indians trespassing! They just came out of the trailer!”
Dad is scrambling up from the chair, where he has been lifting a weight Mom has strapped to his right leg. He lets himself fall back down and turns the TV to mute with the remote control. “ ’Sokay, boy, quiet down,” he says. “You want to kill your mom with a heart attack?”
Before this summer, this might have been a joke to smile at. But not anymore. Mid-June, just as school was letting out, Gramps died of a heart attack while working in his garden. Then, a few weeks later, Dad almost died in a farm accident. Two men down and Tyler’s older brother, Ben, leaving for college this fall. “You do the math,” his mom says whenever the topic comes up of how they can continue farming. Tyler has started thinking that maybe their farm is jinxed. How many bad things need to happen before a farm can be certified as a bad-luck farm?
“But shouldn’t we call the police? They’re trespassing!” Tyler knows his dad keeps his land posted, which means put-ting up signs telling people not to come on his property without permission. It’s mostly to keep out hunters, who might mistakenly shoot a cow or, even worse, a person.
“They’re not exactly trespassing,” his mom explains, and then she glances over at Dad, a look that means, You explain it, honey.
“Son,” his dad begins, “while you were away . . .”
In the middle of the summer, Tyler was sent away for a visit to his uncle and aunt in Boston. His mom was worried about him.
“He’s just not himself,” Tyler overheard Mom tell her sister, Roxanne, on the phone. “Very mopey. He keeps having nightmares. . . .” Tyler groaned. Nothing like having his feelings plastered out there for everyone to look at.
Of course Tyler was having nightmares! So many bad things had happened before the summer had even gotten started.
First, Gramps dying would have been bad enough. Then, Dad’s horrible accident. Tyler actually saw it happen. Afterward, he couldn’t stop playing the moment over and over in his head: the tractor climbing the hill, then doing this kind of weird backflip and pinning Dad underneath. Tyler would wake up screaming for help.
That day, Tyler rushed into the house and dialed 911. Otherwise, the paramedics said, his father would have died. Or maybe Dad would have been brought back to life to be on Oprah talking about the soft music and the bright lights.
It was amazing that Dad was still alive, even if it looked like his right arm would be forever useless and he’d always walk with a limp. His face was often in a grimace from the pain he felt.
But the very worst part was after Dad got home and Tyler’s parents seriously began to discuss selling the farm. Mostly, it was his mom. His dad hung his head like he knew she was right but he just couldn’t bear to do the math one more time himself. “Okay, okay,” he finally said, giving up.
That was when Tyler lost it. “You can’t sell it! You just can’t!”
He had grown up on this farm, as had his dad before him, and Gramps and his father and grandfather before that. If they left their home behind, it’d be like the Trail of Tears Tyler learned about in history class last year. How the Cherokee Indians had been forced from their land to become migrants and march a thousand miles to the frontier. So many of them had died.
“Tiger, honey, remember our talk,” Mom reminded him pleasantly enough in front of Dad. Tiger is what his mom calls him when she is buttering him up. Before his father came home from the hospital, his right leg and arm still in a cast, Mom sat Tyler and his older brother and sister down for a talk. She explained that they must all do their part to help Dad in his recovery. No added worries (looking over at Ben, eighteen going on I’m-old-enough-to-do-what-I-want). No scenes (looking over at Sara, fifteen with a boyfriend, Jake, and “Saturday night fever” seven nights a week, as his dad often joked, back when he used to joke). No commotion (looking over at Tyler, who as the youngest sometimes had to make a commotion just to be heard). They must all keep Dad’s spirits up this summer.
But Tyler knew for a fact that selling the farm would kill his dad. It would kill Tyler! --This text refers to an alternate kindle_edition edition.

With quiet drama, Alvarez tells a contemporary immigration story through the alternating viewpoints of two young people in Vermont. After 11-year-old Tyler's father is injured in a tractor accident, the family is in danger of losing their dairy farm. Desperate for help, Tyler’s family employs Mari’s family, who are illegal migrant Mexican workers. Mari writes heartrending letters and diary entries, especially about Mamá, who has disappeared during a trip to Mexico to visit Mari's dying abuelita. Is Mamá in the hands of the border-crossing “coyotes”? Have they hurt her? Will Homeland Security (la migra) raid the farm? The plot is purposive, with messages about the historical connections between migrant workers today and the Indians’ displacement, the Underground Railroad, and earlier immigrants seeking refuge. But the young people’s voices make for a fast read; the characters, including the adults, are drawn with real complexity; and the questions raised about the meaning of patriotism will spark debate. Grades 6-9. --Hazel Rochman --This text refers to an alternate kindle_edition edition.

Julia Alvarez is the author of several novels for young readers including How Tía Lola Came to Visit Stay, Finding Miracles, and Before We Were Free, winner of the ALA’s Pura Belpré Award. Her books for adults include How the Garcia Girls Lost Their Accents, In the Time of the Butterflies, and Once Upon a Quinceañera. She is a writer-in-residence at Middlebury College in Vermont. --This text refers to an alternate kindle_edition edition.
Read more