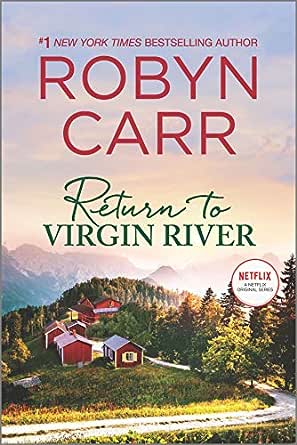 You've subscribed to A Virgin River Novel! We will preorder your items within 24 hours of when they become available. When new books are released, we'll charge your default payment method for the lowest price available during the pre-order period.
Update your device or payment method, cancel individual pre-orders or your subscription at
Your Memberships & Subscriptions 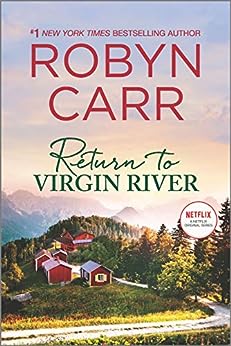 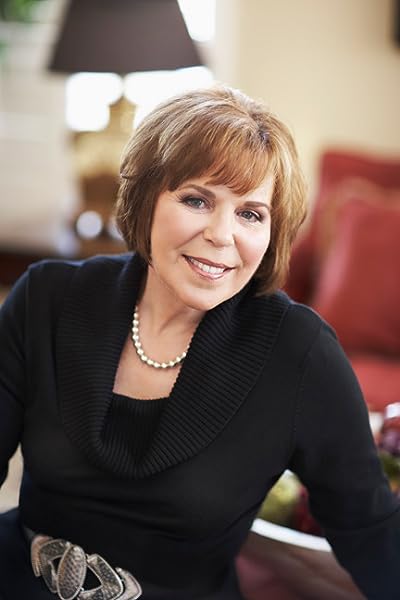 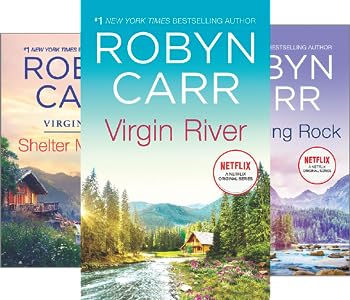 -- "Kirkus Reviews on The Summer That Made Us"

"A heart-grabber that won't let readers go until the very end."

-- "Library Journal (starred review) on What We Find"

"A satisfying reinvention story that handles painful issues with a light and uplifting touch."

-- "Kirkus Reviews on The Life She Wants"

-- "Library Journal (starred review) on The View from Alameda Island"

-- "Booklist on Four Friends" --This text refers to an alternate kindle_edition edition.

Thérèse Plummer is an actor and award-winning audiobook narrator living and working in New York City. Her television credits include guest starring roles on The Good Wife and Law and Order: Special Victims Unit. She has recorded more than 200 audiobooks for various publishers, has been nominated for multiple Audie Awards, and is an Earphones Award winner. Thérèse is the voice of Maya Hansen in the Marvel Graphic Motion Comic Ironman Extremis, Dr. Fennel in Pokémon, and various Yu-Gi-Oh characters. To learn more, visit thereseplummer.com. --This text refers to an alternate kindle_edition edition.

4.5 out of 5 stars
4.5 out of 5
456 global ratings
How are ratings calculated?
To calculate the overall star rating and percentage breakdown by star, we don’t use a simple average. Instead, our system considers things like how recent a review is and if the reviewer bought the item on Amazon. It also analyzes reviews to verify trustworthiness.
Top reviews

Christine A. Weaver
3.0 out of 5 stars Okay, but........
Reviewed in the United States on October 13, 2020
Verified Purchase
I have read every single book in The Virgin River Series, the Grave Valley Series, and the Thunder Point Series. While it was great to revisit some of the beloved characters from previous Virgin River books, I felt so much more could have been done with this book. Kaylee Sloan reads as though she is closer to 50 than 35. Her extreme grief over losing her mother gets really old, really fast. Too much. My opinion.
Read more
14 people found this helpful
Helpful
Comment Report abuse

Way too much concerning Kaylee's grief. Not saying she was not entitled but it got old after awhile for me as a reader.

Guess Virgin River to me is the stories that connect all of the good friends from past books.

It was an OK read but found myself skipping some pages which is something I never do.
Read more
10 people found this helpful
Helpful
Comment Report abuse

GG
3.0 out of 5 stars I felt a little disappointed.
Reviewed in the United States on October 16, 2020
Verified Purchase
Let me start by saying that I love the Virgin River Series and I have reread the series a number of times. This book felt different. I’m usually really invested after the first couple of chapters, on this one it took me longer to want to read more of it. We revisited with everyone there but to me even Mels interaction felt different. Jack didn’t feel like the usual nosey Jack. I understand it wasn’t a book about them but I feel that they are always in the story with their personalities really involved. It almost felt like someone who wasn’t familiar with Virgin River wrote it. I felt a little disappointed.
Read more
8 people found this helpful
Helpful
Comment Report abuse

Lady Darlene
5.0 out of 5 stars Another Great Story
Reviewed in the United States on October 14, 2020
Verified Purchase
I read the book on the same day I received it. I stayed up late because I simply could not put it down. I related to the loss of a mother and shared in the joy of finding love in her life in the form of a kitten, dog, and dog trainer. Meeting up with old friends from previous books made me feel right at home. I love these books because I am fortunate to live in Humboldt County and know the areas mentioned in each book. Welcome back to Virgin River fans of Robyn Carr. Grab a cup of tea or coffee, curl up in your favorite chair and enjoy.
Read more
2 people found this helpful
Helpful
Comment Report abuse

Laurel-Rain Snow
TOP 1000 REVIEWERVINE VOICE
5.0 out of 5 stars STARTING OVER...
Reviewed in the United States on October 20, 2020
Verified Purchase
Kaylee Sloan’s home in Southern California is full of wonderful memories of the woman who raised her. But the memories are prolonging her grief over her mother’s recent death. A successful author, Kaylee hoped she could pour herself into her work. Instead she has terrible writer’s block and a looming deadline.

Determined to escape distractions and avoid the holiday season, Kaylee borrows a cabin in Virgin River. She knows the isolation will help her writing, and as she drives north through the mountains and the majestic redwoods, she immediately feels inspired. Until she arrives at a building that has just gone up in flames. Devastated, she heads to Jack’s Bar to plan her next steps. The local watering hole is the heart of the town, and once she crosses the threshold, she’s surprised to be embraced by people who are more than willing to help a friend—or a stranger—in need.

Kaylee’s world is expanding in ways she never dreamed possible. And when she rescues a kitten followed by a dog with a litter of puppies, she finds her heart opening up to the animals who need her. And then there’s the dog trainer who knows exactly how to help her. As the holidays approach, Kaylee’s dread turns to wonder. Because there’s no better place to spend Christmas than Virgin River.

My Thoughts: From the very beginning of Return to Virgin River, I felt a connection to Kaylee and her life. As she settles into Virgin River, trying to deal with her grief and push forward with the book she is writing, I was caught up in her feelings and her goals.

Meeting townsfolk helped her begin the healing process, and then connecting to Landry, who was her landlord, brought out other forgotten emotions. The possibility of love.

The author’s descriptions of the setting, the characters who lived in Virgin River, and telling their stories as they all formed a community for Kaylee brought out a sense of a real place with real people. I love Humboldt County, so I felt as if I was there with these characters, many of whom were in the previous book.

I read the book in one day, as I could not put it down. I hope to rejoin these characters again. 5 stars.
Read more
Helpful
Comment Report abuse

George
5.0 out of 5 stars An excellent reminder of what makes Virgjn River so special
Reviewed in the United States on October 22, 2020
Verified Purchase
My acquaintance with Virgin River began last fall, when I binge-read the entire series in preparation for the release of the Netflix series. I kicked myself for waiting so long to read VR, as i fell in love with the people, the places, and the stories.

Return to Virgin River so evokes the spirit of VR that i am sorely tempted to read the entire series again. Kaylee Sloan comes to Virgin River to escape writer's block, and the painful memories of her mother's recent death. Unfortunately, her rental cabin burns just as she arrives, and she ends up at Jack's Bar. Jack, Mel, and numerous VR folk go out of their way to settle her in. It was a trip down memory lane seeing familiar people again, some just in passing, with some playing larger roles. Kaylee ends up staying at a cabin owned by Landry Moore, an artist and dog trainer. I loved watching Kaylee and Landry's relationnship develop, as each helps the other grow.

Jeri Smith amazon Customer
5.0 out of 5 stars Review of Return to Virgin River
Reviewed in the United States on October 13, 2020
Verified Purchase
I absolutely loved this book and I will recommend her books to anyone who loves romance novels. Robyn gets better with every book she writes.
Read more
3 people found this helpful
Helpful
Comment Report abuse

Marla L. Menard
5.0 out of 5 stars Kindness releases sadness
Reviewed in the United States on October 15, 2020
Verified Purchase
One again Virgin River is where life is filled with hope. I really enjoy how Robyn Carr updates us on the town’s residents while introducing additional long time and new residents. I long to read more about the residents that my return and new ones that drop in and stay.

I hope this is not the last book in the series. I love the way this author brings social issues to life. How her characters deal with life’s issues.