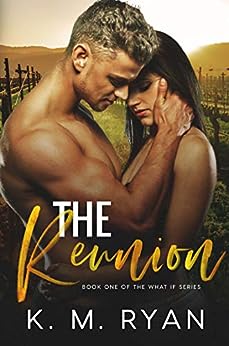 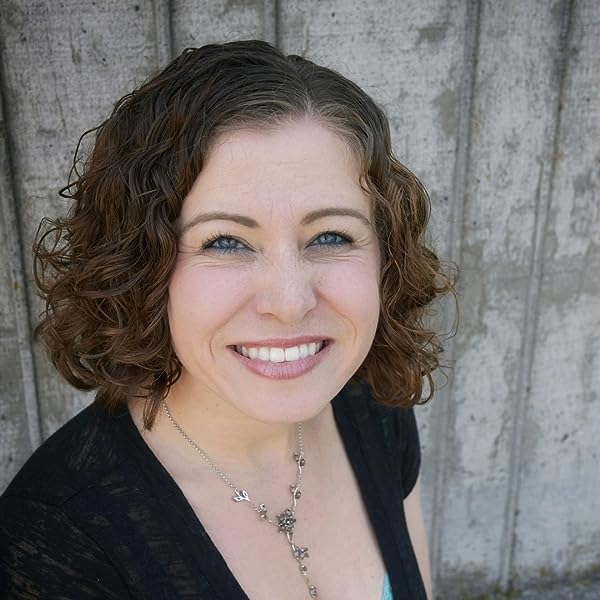 Abi didn't have a lot of friends in high school, and was hurt after her friend Kailynn, left her for the popular crowd. Shortly afterwards, a rumor was spread about Abi that impacted her deeply.

Logan sees Abi home after she had too much to drink. Unknown to Abi, Logan had a crush on her back in high school. Neither of them brave enough to approach the other.

Their relationship starts very hot and heavy, both struggle with past hurts and insecurities. One seemingly passionate evening, takes an ugly turn.

What I loved about the story was there was humorous parts, and the "Truth" statements that gave the opportunity to be more forthcoming with each other. I would've liked to have known more about Abi and Logan in the beginning. Logan carries a scar that rears its ugly head after a trigger, but this doesn't come into play until a few chapters into the story. There were lots of steamy scenes, from the first chapter and continued into the following chapters, which made me question how they were falling for one another, but didn't really know one another. I would've liked if they had gotten to know one another a bit better first.
Read more
One person found this helpful
Helpful
Report abuse

cwilks
5.0 out of 5 stars Well written and edited
Reviewed in the United States on March 17, 2020
Verified Purchase
I’ve grown frustrated with poorly edited books and appreciated how well written and edited this book was. I especially liked that it was written in the third person. It’s a steamy read.
Read more
Helpful
Report abuse

Sarah Ennis
5.0 out of 5 stars Great read!
Reviewed in the United States on February 26, 2020
Verified Purchase
Very well written. The characters come alive with the author's words. I cannot wait to read her next book! I wish there was more to read now!
Read more
Helpful
Report abuse

Alicia Woolum
5.0 out of 5 stars Second Chance Romance
Reviewed in the United States on June 20, 2020
Abi has sworn off relationships and is being conned into going to her 10 year high school reunion by her boss with the promise that if she isn't enjoying herself after 30 minutes she can leave and he will never ask her for anything ever again. Pretty steep promise considering he is also her best friend. When she gets there the last thing she expects is for the guy she was in love with (from a distance) in High School not only to be there, but to talk to her. Can those feelings still be there after 10 years?

Logan always had a crush on Abigail, but never got up the courage to ask her out until it was too late. When he sees her at the reunion get drunk he takes it upon himself to take her home. Can just one night be enough, though?

Sexy, overworked male vs beautiful shy closet-artist. These two are too adorable for their own good. I can understand Abi's hesitations as well as her insecurities, as I am a very insecure person. At the same time I get Logan's point as well. He doesn't want to bog her down with the inner turmoil he is going through. I got this book on Kindle Unlimited at the author's suggestion and I loved it so much I finished it in two days.

I am dating my high school sweetheart. We were together for a while in High School and broke up due to it becoming long distance then didn't speak for 5 years. During that time we both had other relationships, but they didn't work out. Including a failed marriage on my part. Then, last year I texted him out of the blue and we picked up where we left off. Now we live together, are expecting our first child together (even though he claims my son), and are planning a life together. I tell you that because while reading this I sent him a text while he was at work telling him about the book and that it made me think about a certain guy that I had a huge crush on in High School that I am so glad I was able to get another chance with afterwards. He of course called me a sappy dork. He will live.

All in all this book is adorable, sweet, cute, and leaves you wishing for an epilogue. I need to know how things worked out between these two. Where they ended up, if they ended up. I need it. I hope when the author makes another book in this series it tells us something about these two. Otherwise I may go a bit crazy. Now, as much as I loved these characters I can't say that I loved them both throughout the book. I was just as mad at Logan as she was, even if I had a bit more of an idea than she did as to why a certain thing happened. Not going to give anything away, though.
Read more
Helpful
Report abuse

Traci Bookstagram
4.0 out of 5 stars Wish there was more (in a good way)
Reviewed in the United States on April 13, 2021
This is an endearing second chance romance. Logan and Abigail went to high school together, never realizing they both had a crush on the other one. After reconnecting at their 10 year high school reunion they begin their romance.

Both Abi and Logan have a bit of a darkened past, Logan more so, which has caused them both to be cautious and leery with others. I will say, that their lack of communication causing mistrust between the two got a bit old after awhile, but that is a personal preference of what I like to see from my romance books.

This is also a pretty steamy book, with multiple sex scenes. I loved it, but I know this is something others don’t like to have.

Overall this was a good book and I enjoyed it. I do also wish we got a bit of an epilogue, I really want to know what happens after the last chapter.
Read more
Helpful
Report abuse

Emily M
4.0 out of 5 stars High school Reunion
Reviewed in the United States on March 8, 2021
This is a second chance romance where at a 10 year reunion Abi connects with her high school crush Logan. Their connection is instantaneous as they both try to find the courage to approach each other. Their story is fast and cute and makes you wish you and your high school had a story like this. The reason why I gave it fours stars is because Abi’s doubt in Logan because he didn’t call or text got tiring to read.
Read more
Helpful
Report abuse

Amazon Customer
5.0 out of 5 stars Great Read
Reviewed in the United States on May 21, 2020
This book was such a fun read. I read it mostly in one sitting because I wanted to see what happened next. If you like steamy romance, I definitely recommend this book.

I also appreciate how well written and edited it is. It can be so distracting when there are little mistakes in grammar and punctuation that should have been caught in the editing process (I was a journalism major so it really drives me crazy). There is none of that here. Mrs. Ryan did a fabulous job on this and I can't wait for her next one!
Read more
Helpful
Report abuse

Darla Kay Fitzpatrick
5.0 out of 5 stars Enjoyable escape
Reviewed in the United States on December 22, 2020
This was an enjoyable story to read. It is not typically my genre, but I over heard my daughter and her friend talk about it and thought “why not? Let me adventure into this world.” I was not disappointed!
Read more
Helpful
Report abuse
See all reviews

Lexi
5.0 out of 5 stars A great choice for a lazy afternoon of reading!
Reviewed in Australia on May 4, 2021
Verified Purchase
A second chance at embracing the love they were afraid to admit to in school... Sometimes it was a challenge to envisage them actually making it... Oh the silly things you can do in the name of love! LOL

I so enjoyed this story and it's unpredictable nature allows you to really get to know the characters. I think my favourite character is actually Al. The best buddy , and boss of Abigail!

What are you waiting for?
Happy Reading!
Read more
Report abuse
See all reviews