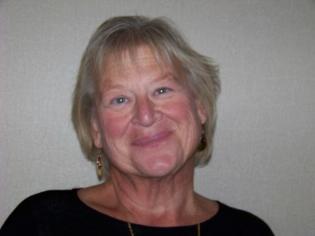 Christine Wenger has worked in the criminal justice field for many years. She has a master's degree in probation & parole administration & sociology from Fordham University, but the knowledge gained from such studies certainly has not prepared her for what she loves to do--write romance!


A native central New Yorker, she enjoys watching bull riding & rodeo with her favorite cowboy, her husband Jim.
Start reading Reunited with the Bull Rider (Gold Buckle Cowboys Book 1687) on your Kindle in under a minute.

4.7 out of 5 stars
4.7 out of 5
2 customer ratings
How does Amazon calculate star ratings?
Amazon calculates a product’s star ratings based on a machine learned model instead of a raw data average. The model takes into account factors including the age of a rating, whether the ratings are from verified purchasers, and factors that establish reviewer trustworthiness.
Top Reviews

Susan Frank
4.0 out of 5 stars Second chance at love
Reviewed in the United States on April 21, 2018
Good second chance story. Reed and Callie had been high school sweethearts, but when Reed left for the rodeo circuit, Callie refused to go with him. Reed buried his heartbreak in bull riding, and ten years later he and his brothers are on top of the standings. When he comes home to recover from an injury, the last thing he expects to find is Callie ensconced in his father's study.

Callie had loved Reed also, but there was no way she could abandon her family to follow Reed from rodeo to rodeo. Instead, she stayed in Beaumont and took care of her mom and brothers, eventually building a successful personal assistant business. She's been hired by Reed's brother Luke to bring order out of the chaos of the ranch's records. She didn't expect to have to face Reed, too.

In spite of the rough beginning to the story, I really liked Reed. He's honorable, fun, and has a kind heart. His initial reaction to Callie's presence was pretty cold, but she took him by surprise. But it didn't take long for his old feelings to come rushing back. He's determined that they get to know each other again and see where things go. I liked Callie, too, although she could frustrate me. She's responsible, family oriented, and protective of those she cares for. In the ten years since Reed left, she has had a lot of things on her plate. She puts everyone else before herself, which has created a very serious Callie, who doesn't seem to have much fun.

I enjoyed the rekindling of their relationship. It was sweet to see the way that Reed was determined to bring some fun back into Callie's life. I had fun seeing him come up with different ways to distract Callie from her work. It wasn't all fun and games though. Reed also took the time to find out why Callie hadn't gone with him back then, and now has the maturity to understand. Callie has a harder time with Reed's return. Her feelings are still there, too, but she has been burned by other relationships that haven't worked out and didn't want to risk her heart again. Unfortunately for her, she has a hard time resisting Reed's advances. It was easy to see that she was falling for him again, but her fears make her push Reed away. I ached for Reed over the whole investing situation and wanted to shake Callie for being so stubborn. Advice from an unexpected source helped open her eyes and her heart. I loved her big moment at the end. The epilogue was great.

I liked the importance of family in the book. Reed and his two brothers came together to save their ranch and help their father. I loved their support of Big Dan during his rehab and after his release. It was heartwarming to see how Reed and Callie got Big Dan involved back in ranch life. Callie had a harder time. Her father had a gambling problem that caused frequent moves when she was growing up. Then he abandoned the family when her mother had cancer, leaving Callie to care for her mom and her two younger brothers. Callie has given up her own dreams to take care of them. Her father's return is an unwelcome surprise for her, and her attitude toward him is understandable if a bit harsh. I was happy to see some changes in their relationship. I also enjoyed the protectiveness of her younger brothers when they talked to Reed.