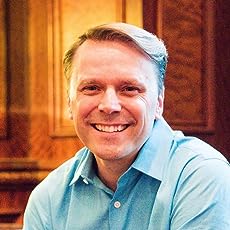 Dr. Nathan C. Walker is a First Amendment and human rights educator. He is the executive director of 1791 Delegates, a legal education consulting firm named after the year the Bill of Rights was ratified. In this role, he manages The Foundation for Religious Literacy and oversees the education project at New York University's www.FirstAmendmentWatch.org. He previously served as the executive director for the Religious Freedom Center and currently teaches First Amendment and human rights law at Rutgers Honors College.

Nate has published five books, including "The First Amendment and State Bans on Teachers' Religious Garb" (Routledge 2019), which Kirkus Reviews called "a thorough, magisterial account of a timely and historically important legal debate."

In November 2016, Publishers Weekly listed Nate's "Cultivating Empathy (Skinner House Press 2016) as one of the top "six books for a post-election spiritual detox."

Nate coedited with Michael D. Waggoner of "The Oxford Handbook on Religion and American Education" (Oxford University Press 2018), with a foreword by Martin E. Marty. Reading Religion writes that Waggoner and Walker "have accomplished an impressive feat by bringing order to this topic without sacrificing scope... I recommend it highly."

He coedited with Edwin J. Greenlee the book, "Whose God Rules?" (Palgrave Macmillan 2011), which Cornel West called "provocative and pioneering."

He also coauthored with Lyal S. Sunga the policy report, Promoting and Protecting the Universal Right to Freedom of Religion or Belief through Law (IDLO 2017), which was presented at the United Nations Human Rights Council.

He lives with his husband Vikram Paralkar in Philadelphia, Pennsylvania. His website is www.NateWalker.com.
Read more 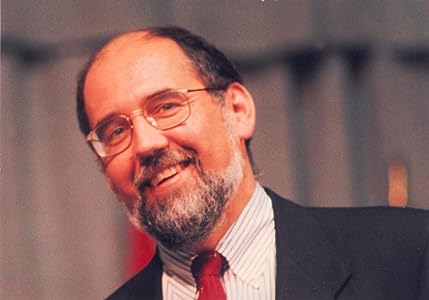 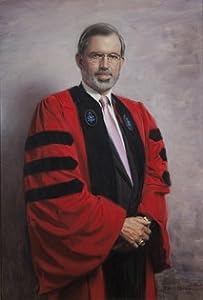 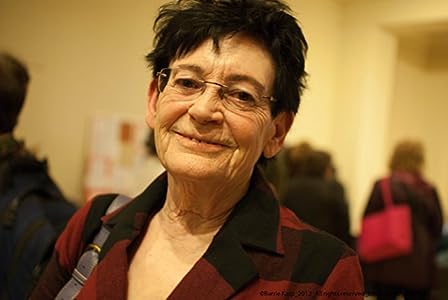 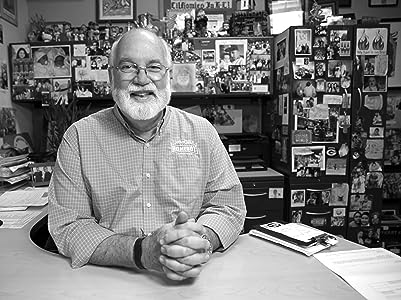 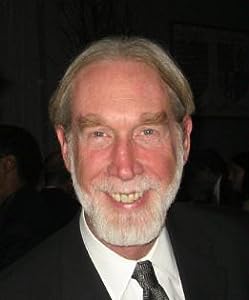 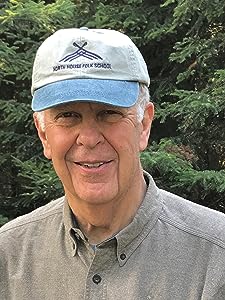 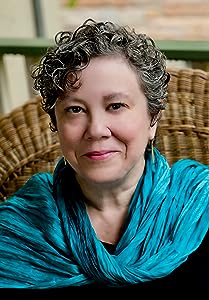 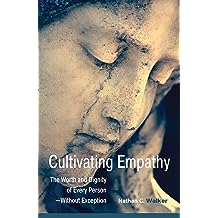 Cultivating Empathy: The Worth and Dignity of Every Person—Without Exception Jun 14, 2016
by Nathan C. Walker
( 13 )
$9.99
In this emotionally honest and personal exploration of conflict, the Reverend Nathan C. Walker introduces a creative and compassionate way to develop empathetic responses. He explores the concept of the moral imagination—a way we can project ourselves into a conflict and understand all perspectives, aware that understanding need not imply agreement.

Walker presents a series of revealing essays about his wrestlings with personal and cultural conflicts and his commitment to stop "otherizing"—which occurs when we either demonize people or romanticize them. His remedy for these kinds of projections is to employ the moral imagination as an everyday spiritual practice. Through his engaging and thought-provoking vignettes, he endeavors to find connection with skinheads, murderers, homophobic preachers, privileged 1-percenters, and Monsanto executives. As he experiments with this approach, he shows a model that can help us all nurture greater empathy for those we have previously held in contempt.
Read more
Other Formats: Paperback 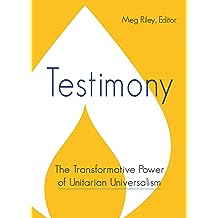 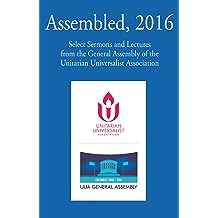 Assembled, 2016: Select Sermons and Lectures from the General Assembly of the Unitarian Universalist Association Jun 14, 2017
by Peter Morales , Gail Seavey , Nate Walker , Krista Tippett , William Schulz , Martin Luther King III , Nancy McDonald Ladd
$6.00
The major presentations of the 2016 Unitarian Universalist Association General Assembly (GA) in Columbus, Ohio. Addressing the theme “Heart Land: Where Faiths Connect,” this GA explored how Unitarian Universalists can engage in authentic and fruitful interfaith partnerships, both within and beyond the congregation. The gathering included leaders from many faiths to discover what grounding and vision we share across faith traditions, and how the particularities of each tradition can add creativity and depth to our work together. Every sermon and essay in this collection teaches us that it is only in honest relationship that love grows and that we begin to build the world we dream of.” The collection includes the Berry Street Essay by Rev. Gail Seavey and the response by Rev. David Pyle, the Sophia Lyon Fahs Lecture by Rev. Nate Walker, the Ware Lecture by Krista Tippett, the Unitarian Universalist Service Committee Address by Rev. William Schulz and Martin Luther King III, and the sermons from the Service of the Living Tradition (Rev. William G. Sinkford) and the Sunday morning worship service (Rev. Nancy McDonald Ladd).
Read more 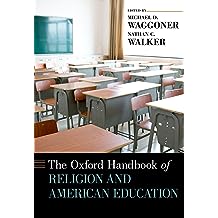 The Oxford Handbook of Religion and American Education (Oxford Handbooks) Aug 1, 2018
by Michael D. Waggoner , Nathan C. Walker
$142.50
From the founding of Harvard College in 1636 as a mission for training young clergy to the landmark 1968 Supreme Court decision in Epperson v. Arkansas, which struck down the state's ban on teaching evolution in schools, religion and education in the United States have been inextricably linked. Still today new fights emerge over the rights and limitations of religion in the classroom.

The Oxford Handbook of Religion and American Education brings together preeminent scholars from the fields of religion, education, law, and political science to craft a comprehensive survey and assessment of the study of religion and education in the United States. The essays in the first part develop six distinct conceptual lenses through which to view American education, including Privatism, Secularism, Pluralism, Religious Literacy, Religious Liberty, and Democracy. The following four parts expand on these concepts in a diverse range of educational frames: public schools, faith-based K-12 education, higher education, and lifespan faith development.

Designed for a diverse and interdisciplinary audience, this addition to the Oxford Handbook series sets for itself a broad goal of understanding the place of religion and education in a modern democracy.
Read more
Other Formats: Hardcover 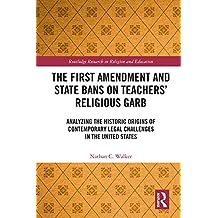 The First Amendment and State Bans on Teachers' Religious Garb: Analyzing the Historic Origins of Contemporary Legal Challenges in the United States (Routledge Research in Religion and Education) Aug 28, 2019
by Nathan C. Walker
$57.95

Examining the twelve-decade legal conflict of government bans on religious garb worn by teachers in U.S. public schools, this book provides comprehensive documentation and analysis of the historical origins and subsequent development of teachers’ religious garb in relation to contemporary legal challenges within the United Nations and the European Union.

By identifying and correcting factual errors in the literature about historical bans on teachers’ garb, Walker demonstrates that there are still substantial and unresolved legal questions to the constitutionality of state garb statutes and reflects on how the contemporary conflicts are historically rooted. Showcased through a wealth of laws and case studies, this book is divided into eight clear and concise chapters and answers questions such as: what are anti-religious-garb laws?; how have the state and federal court decisions evolved?; what are the constitutional standards?; what are the establishment clause and free exercise clause arguments?; and how has this impacted current debates on teachers’ religious garb?, before concluding with an informative summary of the points discussed throughout.

The First Amendment and State Bans on Teachers’ Religious Garb is the ideal resource for researchers, academics, and postgraduate students in the fields of education, religion, education policy, sociology of education, and law, or those looking to explore an in-depth development of the laws and debates surrounding teachers’ religious garb within the last 125 years. 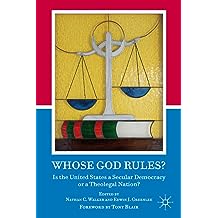 Whose God Rules?: Is the United States a Secular Nation or a Theolegal Democracy? Dec 14, 2011
by N. Walker , E. Greenlee , Tony Blair
$79.20
This book demonstrates that the United States, whether we like it or not, is a theolegal nation - a democracy that simultaneously guarantees citizens the right to free expression of belief while preventing the establishment of a state religion.
Read more
Other Formats: Hardcover , Paperback 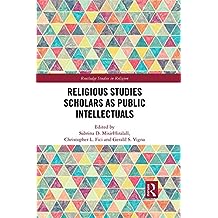 The prominence of religion in recent debates around politics, identity formation, and international terrorism has led to an increased demand on those studying religion to help clarify and contextualise religious belief and practice in the public sphere. While many texts focus on the theoretical development of the subject, this book outlines a wider application of these studies by exploring the role of religious studies scholars and theologians as public intellectuals.