$14.73
+ Free Shipping
Sold by: Amazon Global Store UK
Have one to sell?
Sell on Amazon 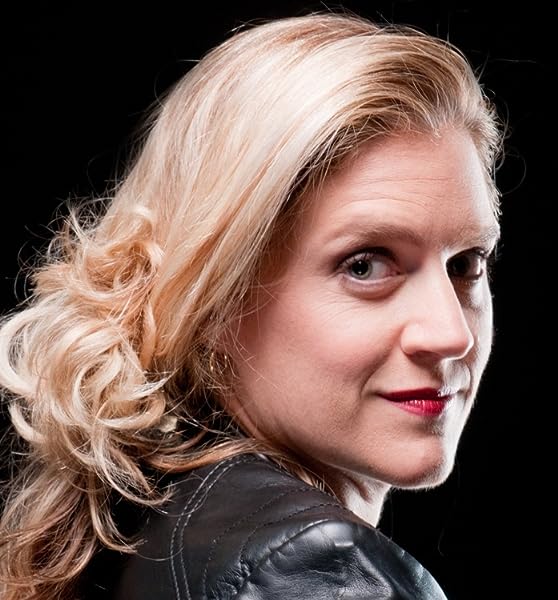 "Full of emotional angst, sharp dialogue, and smoldering heat."--Queen of All She Reads

Erica Hayes has been a law student, an air force officer, an editorial assistant and a musician, before she finally landed her dream job: romance writer. She writes dark paranormal and urban fantasy romance, and her books feature tough, smart heroines and colorful heroes with dark secrets. She hails from Australia, where she drifts from city to city, leaving a trail of chaos behind her.

3.1 out of 5 stars
3.1 out of 5
19 global ratings
How are ratings calculated?
To calculate the overall star rating and percentage breakdown by star, we don’t use a simple average. Instead, our system considers things like how recent a review is and if the reviewer bought the item on Amazon. It also analyzes reviews to verify trustworthiness.
Top reviews

MsMellie
2.0 out of 5 stars Interesting idea, sad and needlessly odd follow through
Reviewed in the United States on August 13, 2014
Verified Purchase
I thought after reading the first few chapters I was going to like this book. Then the book went off the rails and while I tried to force myself to keep going, it was near impossible. The chapter where the hero describes the blood in the water was well down as was the initial scene between Lune and Morgan in the CME building. However, the next chapters with Michael affirmed his status as a miserable swine. It was like the author wrote a shocking scene about humans and demons involved in orgies with pain just to surprise the reader. If her goal was to have that Michael and his demons friends further the story she was mistaken. I'm not sure if her goal was to write Michael's story in the future but who could read it. He was described as a powerful being for good but he was just as evil as the demons so no wasy to care what happens to him in future books (unless he gets what he deserves.) So glad I didn't buy the next book. I'm deleting this book from my kindle library because it is so creepy, I don't want to accidentally start it again.
Read more
One person found this helpful
Helpful
Report abuse

Jess
4.0 out of 5 stars Whispers of Shadowfae
Reviewed in the United States on November 27, 2012
Verified Purchase
This one started out kind of slowly w/ a lot of religious connotation, which in retrospect should be expected since it's the first book in a series based on the biblical end of days and fallen angels. Once the book got rolling, I fell into the dark gritty world that Hayes is so talented at creating. Her words include some I've never seen in a dictionary (angelscum, lol) but they get you right in the gut. I found myself carried away on a wave of shadowy underworld images with sharp edges and could almost smell the scents of the Tainted. I LOVED this book and only give it 4 stars because of the slow start. If you are a fan of Dark Fantasy, early LKH, Kim Harrison, or Stacia Kane, I highly recommend this book! Looking forward to the next installment!!
Read more
Helpful
Report abuse

C. Broussard
2.0 out of 5 stars Waste of my money
Reviewed in the United States on April 3, 2014
Verified Purchase
This is a late review because I started with the good ones first. Unlike most of the other reviewers, I couldn't see anything good about the book. It was about 90% angel sex and zombie massacre. The rest was a few demons and something that was supposed to be a storyline. I skipped thru after the first few chapters looking for something interesting but couldn't find anything. There is a preview of the next book and it didn't look any better. Maybe I'm just odd man out with this but I like a good, interesting story and couldn't find one here.
Read more
One person found this helpful
Helpful
Report abuse

Edward Maher
2.0 out of 5 stars Disappointing with a weak end
Reviewed in the United States on November 22, 2012
Verified Purchase
Would not recommend this book. Too many plot tricks to prolong a weak story. Starts out with a healthy concept, but failed to meet the expectations of the initial story idea. The main character puts the story in jeopardy almost immediately and along the way continues to screw up. She is a weak element within what had the potential to be a great good/versus bad story. Would not recommend this book.
Read more
2 people found this helpful
Helpful
Report abuse

Violet
4.0 out of 5 stars Paranormal highjinks
Reviewed in the United States on May 13, 2014
Verified Purchase
If you love the paranormal, gorgeous sexy heroes and a good apocalyptic threat to the world, then this book is for you. I loved it's dark, moody tone and enjoyed the humour, camaraderie and irreverence between the 'Tainted' angels. Although the heroine of the book annoyed me on occasion, she did not detract too much from my enjoyment of the book overall. An absorbing read.
Read more
Helpful
Report abuse

Barb
5.0 out of 5 stars Great start to Erica Hayes new series.
Reviewed in the United States on October 2, 2012
Revelation is the first novel in Erica Hayes' Seven Signs series, which is a dark Urban Fantasy romance. This is a futuristic story of what happens when the dark side gets it's hands on the seven vials that have been hidden for centuries, which is supposed to bring down the holy wrath of God, and the End of Days. In Hayes story, there are seven dark demon princes, doing their deeds for Satan; seven tainted fallen angels, who become the warriors who fight against evil, and the seven vials that mean the destruction of the world. But in the Demon's minds, they don't want end of days, they want to turn earth into their own eternal hell playground. From the start, we find that Zombies are killing humans, and are beginning to multiply, and humans are also dying from the plague. The many demons are playing havoc, as the story starts in Babylon (old new york city), and bodies are building up in the morgue.

Dr. Morgan Sterling, is a scientist and assistant medical examiner trying desperately to find a cure for this plague. Of course, she has no idea, that the demons are responsible for this plague. Morgan is a hard nosed, tough doctor, who has built her life in trusting no one, and only cares about her work.

We meet the seven tainted angels, each having been delegated out of Heaven by some various different mistakes they made. They all report to the archangel Michael, who is portrayed in this book, as wild, arrogant and not a nice guy. He really does not care about his tainted angels, but he makes sure they do what needs to be done to protect the humans and fight the demons. Each of the tainted angels, want redemption and, to be able to go back to Heaven someday. Of the seven tainted angels, Dash is the leader, with the others following him. Erica Hayes does a wonderful job creating these characters, as I thoroughly enjoyed each of these angels (not Michael). In this book, we get to know them all, see how they work together, and care about each other.

But the hero in Revelation is Luniel (Lune), who starts off becoming suspicious and brings in the other angels as he senses the vials might be missing and in the wrong hands. Lune finds his brother at the morgue, and meets our heroine, Morgan.

From that point on, this adventure is filled with action, violence, betrayal, and it is non stop. Morgan, who is a disbeliever, finds herself fighting off her attraction to Lune, whom she wants to trust but cannot due to her childhood issues, and stubbornness that this is a plague that she can cure. Lune, having been celibate for 800 years, after losing his love to the demons and hell, finds himself becoming very attracted to Morgan. Though Morgan was stubborn in her disbelief, even seeing the wings, she at first had no choice but to help the angels try to stop the destruction; then she totally became a believer after seeing all the horrific things being done to humans. Morgan and Lune, as time goes on becomes a great romance, that developed over a short period, as each had to fight their own issues. This really was a great romance, especially with all the darkness surrounding this story.

I really liked some of these great characters, especially our great, but fun angel warriors, such as Jaz, Jaspeth, Iria,Trillion as well as Dash. They are all major characters that make this story fun. Throughout this dark fantasy, Hayes was able to bring in a lot of humor, wittiness to break up the tension. As I have said, this story was filled with tense action, violence, horrible demons, and yet managed a wonderful romance. Great start to a new series, as I cannot wait for the next book...Redemption.