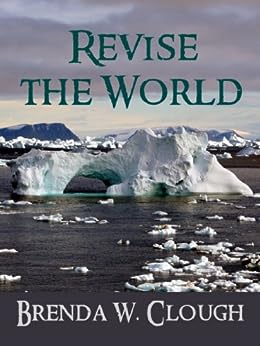 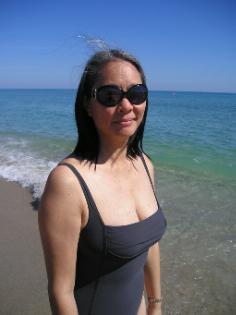 by Brenda W Clough (Author) Format: Kindle Edition
See all formats and editions
Sorry, there was a problem loading this page. Try again.
On March 16, 1912, British polar explorer Titus Oates commits suicide by walking out of his tent into an Antarctic blizzard, to save Robert Falcon Scott and the other members of the English exploration team. His body is never found — because he was snatched away into the year 2045 by scientists experimenting with a new faster-than-light drive. Arriving in the future, Oates stubbornly sticks to his old explorer job and sets off on an intergalactic adventure that leads to both knowledge and self-knowledge. The first section of this novel appeared as a novella in Analog Science Fiction magazine (April 2001) under the title “May Be Some Time.” It was a finalist for both the Nebula and the Hugo awards.
Read more
Previous page
Next page

Brenda W. Clough is an American science fiction and fantasy writer. She has been nominated for the Hugo and Nebula Award in 2002 for her novella "May Be Some Time". As of 2014, she teaches writing workshops at the Writers Center in Bethesda, MD.

Brenda W. Clough spent much of her childhood overseas, courtesy of the U.S. government. She has lived in Laos, the Philippines, Hong Kong, and Germany. She returned to Pittsburgh, PA to earn a degree in English/Creative Writing at Carnegie Mellon University in 1977.

Several years working as a meek mild-mannered reporter for a major metropolitan newsletter enabled her to write a fantasy novel, THE CRYSTAL CROWN (1984). She has also written THE DRAGON OF MISHBIL (1985), THE REALM BENEATH (1986), and THE NAME OF THE SUN (1988) Her children's novel, AN IMPOSSUMBLE SUMMER (1992) is set in her own house in Virginia, where she lives in a cottage at the edge of a forest.

A number of short stories have appeared in anthologies, the most recent being HOME IS THE SAILOR in the anthology STARLIGHT 3 (Tor 2001), and HOW TO SAVE THE WORLD (Tor 1996, Charles Sheffield, ed.). She also had a novella MAY BE SOME TIME in the 2001 issue of ANALOG, which was on the final ballot for both the Hugo and the Nebula Awards. Her short story titled TIMES FIFTY, in the October 2001 issue of CHRISTIANITY TODAY, won a Higher Goals in Christian Journalism award from the Evangelical Press Association.

Her novels HOW LIKE A GOD and the sequel DOORS OF DEATH AND LIFE were published by Tor Books in 1997. In its review Locus Magazine says, "Clough brings myth and science and plain human existence (complex as all get-out) together for what proves to be a fine blend, and a very good read, offering physical, psychological, and metaphysical insights into the human condition, along with the sometimes delightfully outlandish action that drives the best of pulp fiction."

Her newest novel, REVISE, was published on line at Book View Café (www.bookviewcafe.com) in 2009.

Steve D. Poling
5.0 out of 5 stars A Man With A Chest
Reviewed in the United States on April 11, 2012
Verified Purchase
"Revise the World" is a fish-out-of water story about Captain Titus Oates, a polar explorer who walked away from the doomed Robert Falcon Scott expedition to the South Pole. His body was never found. This provides an opportunity in 2045 to test a time machine to rescue him without having to worry about changing history through some butterfly-effect. There are no butterflies in Antarctica.

Oates is a proper Edwardian gentleman possessed of all the attitudes and prejudices of that time. His love-interest is a mixed-race female doctor--a trifecta of insults to his bigotry. This book provides an excellent depiction of prejudice without hate. He doesn't hate women, he merely thinks them inferior--at first.

C.S. Lewis wrote an essay, "Men Without Chests" where he said that lacking proper affections--loving the good and hating the evil--society would produce "men without chests." You may or may not agree with Lewis, but one thing is for certain, Oates is a man with a chest.

Oates is a hero and he demonstrates this repeatedly in the novel. His heroism is seen in his refusal to give up on understanding future society and how to productively contribute to it. And he knows how to keep his head in a plane crash. Or in the hostile environment of an alien planet.

I first read this work in short-story form entitled, "May Be Some Time," when it appeared in Analog magazine. It was nominated for Hugo and Nebula awards. I was most pleased when I learned last week that she'd expanded it into a novel.

What made me love this work most was Ms. Clough's use of language. Her hero's prose is delightfully littered with words no longer in common circulation. I read on my Kindle where I need only highlight the word to get a definition...most of the time. In the story, most of his utterances send his interlocutors to their laptop computers to look up his barrack's slang.
Read more
5 people found this helpful
Helpful
Report abuse

Craig
5.0 out of 5 stars Great, great story.
Reviewed in the United States on September 10, 2016
Verified Purchase
After reading the original short version i was pleased to find the story expanded to a novel.
What a fantastic series of movies this would make.
Read more
Helpful
Report abuse

Gretchen L. Rix
4.0 out of 5 stars Time travel adventure plus romance
Reviewed in the United States on August 1, 2010
Verified Purchase
This science fiction time travel novel involving one of the Antarctic explorers from the Scott expedition evolves into a fascinating first contact story with a surprisingly poignant adult romance as an added bonus. Good job. Pleased to have found it.
Read more
One person found this helpful
Helpful
Report abuse

The writing is as crystal clear and sharp and gorgeous as the Antarctic ice, where the novel begins. Begins with the protagonist dying, which happens to be one of many astonishing risks taken by Ms. Clough (rhymes with "tough," and rightly so). She risks him walking out into the Antarctic blizzard to die for his companion on page one. Then, she risks bringing him back to life in New York City, 130 years later, on page 3. And from then on until the end, she risks showing us how Captain Oakes feels about returning to life after death.

Less than a year ago, I returned to life after death. My cancer doctors wrote me off with no more than two months to live, and I accepted their prognosis-two week to two months. Like the Captain, I wrote myself off for dead. In addition to all the other pleasures I found in Revise the World, there was the uncanny experience of seeing my own thoughts and feelings on the printed page.

I suspect that not many people have experienced returning to life, yet Ms. Clough knows precisely what it feels like. Has she experienced death herself? If not, I'd have to attribute her perspicacity to her research, which is in clear evidence throughout the entire novel. Reading, I was transported into the deadly Antarctic of 1912; the technologically advanced and morally evolved New York of 2043; Britain at the end of the Victorian era; Wyoming in its covered wagon days; and everywhere and every-when Ms. Clough took me in her story.

She captured the nuances of the "common tongue" that divided two countries and two eras ("charva"). The language of arctic exploration, ("sastrugi"). The subtleties of my own mother tongue ("pernickety" as opposed to "persnickety"). Even if you loved only language, you would adore this book on that basis alone.

I thought it was the subtitle.
Read more
12 people found this helpful
Helpful
Report abuse
See all reviews

Argy H.
3.0 out of 5 stars Faulty Format
Reviewed in the United Kingdom on September 26, 2016
Verified Purchase
I bought this book after reading the short novella 'May be some time' in an anthology. Revise the world is an extended version of the story which I had really enjoyed. I have given the book 3 stars, not because of the content which is excellent but due to formatting errors. I noticed these after the the first part, which is an edited repeat of 'May be some time'. The sentences became disjointed, which made for difficult reading. By location 1312 I was frustrated and by location 1546 ready to give up. I get the same errors on My Kindle paperwhite and my Fire tablet.However part 2 seems to have reverted back to normal format and I'm romping away with the story again. Apart from this I would give the story five stars. I could find no way to pass this information on to Amazon or ask for refund, being digital copy. But I do feel it should be removed from the selling list if only to protect the reputation of a brilliant author and Amazon itself.
Read more
One person found this helpful
Report abuse
See all reviews