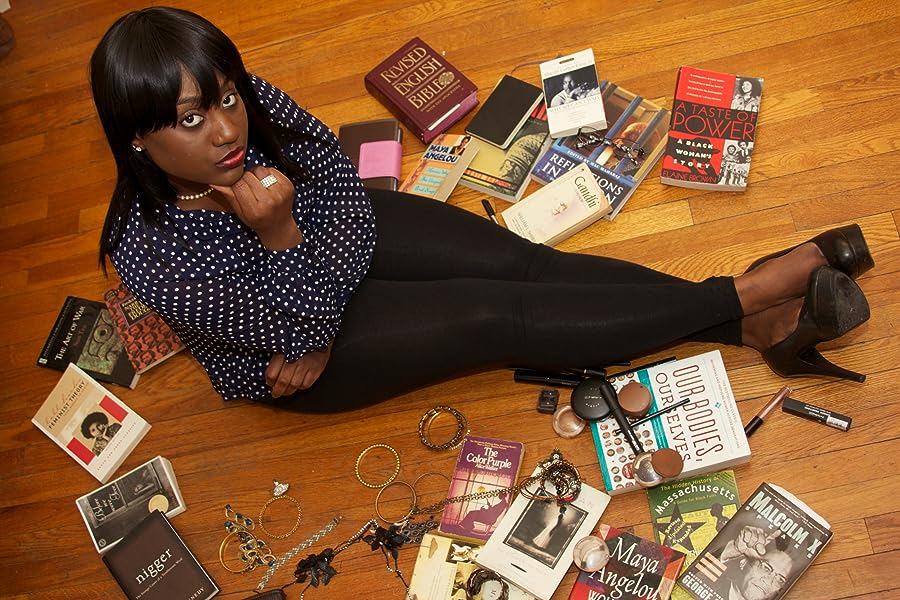 Revolutionary Words: From Pain to Passion & From Passion to Paper Paperback – November 18, 2014

Born in Panama City, Panama; raised in Boston, MA; and now residing in Oakland, CA; Roselyn Berry is a lifelong social justice activist, writer, spoken word artist, model, dancer, actress, lover, fighter, and a passionate, lively, loud, burst of life! She is inspired by LOVE: for God, for her community, and for her family. Roselyn received her first journal as a birthday gift from her older sister when she was 9 years old and she's been a poet ever since. She's been performing her work as a Spoken Word Artist since the age of 16, in hopes of one day sharing her words with the world. Roselyn has been published in various writer’s anthologies and newspapers. Revolutionary Words is Roselyn's debut book. At the age of 17, Roselyn co-wrote, produced, directed and acted in her first full-length theater production: ‘Tabula Rasa and All that Yin Yang’. The play did a week long run at The Boston Center for the Arts and sold out every night. Four years later, at the age of 21, Roselyn co-wrote, produced, directed and acted in her second full-length theater production: ‘Spill Life: Confessions of a Butterfly’. This play did two nights at The Boston Center for the Arts and is currently being sold nationally on DVD. Roselyn has performed her writing as a spoken word artist at various events throughout the country, including The USSF in ATL and Detroit, CJNY National Gathering in ATL, and Beats for Peace w/ Mos Def. She has been featured as a spoken word artist at various events throughout Boston, including Boston Renaissance, Critical Breakdown, Our Bodies Ourselves 40th Anniversary Celebration, Quality and Soul, and Lifted. She co-coordinated a Street Theater troupe for 11 years, which traveled internationally to places like Cuba, The Netherlands and Venezuela. Roselyn is in a lifelong fight for liberation for Black, Brown and poor people. Roselyn works toward social justice not only through performance art; but also through her daily work. Roselyn spent 11 years as a proud co-founding member of Reflect and Strengthen, a grassroots collective of young, working class women from the urban neighborhoods of Boston. She now spends her professional time working nationally to reduce racial and ethnic disparities in the juvenile justice system and her personal time with loved ones, writing and performing.