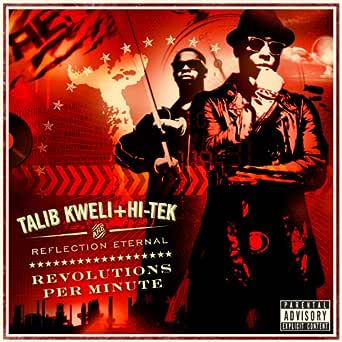 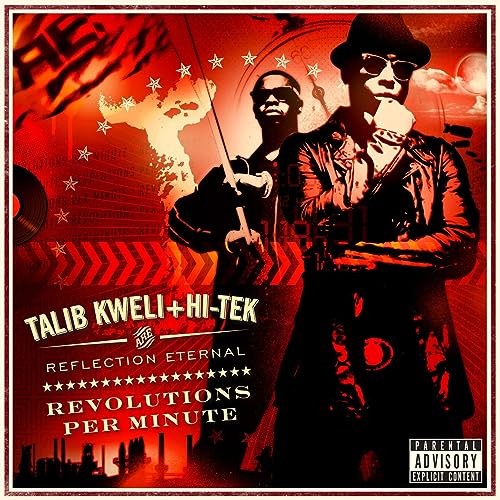 Real217
3.0 out of 5 stars Almost there..
Reviewed in the United States on August 4, 2010
Verified Purchase
its the same dope bk mc, same 100 syllables a minute in a line, more social and political issues, more consciousness, yes talib held it a lil, though i felt he could've brought more energy to the lyrics, and more diverse topics but not really, i was a lil disappointed by HI-Tek, maybe i expected too much from them but he didnt really bring his best on the production boards this time, i like the album no doubt, kweli's cadence is still impeccable, some hot tracks, but the kicks on the production sounds a little monotonous sometimes, leaving me drained about halfway through, then i hear ballad of the black gold, nice beat, makes me pay attention again. Talib kweli is not average, not even on this album, but he's reached a point to me where he either keeps it up there or not even come out with anything at all.
Read more
One person found this helpful
Helpful
Comment Report abuse

Kevin O. Engram
4.0 out of 5 stars If you appreciate more than just a hot beat...
Reviewed in the United States on June 3, 2010
Verified Purchase
I finally had the chance to listedn to this CD this week and I must say that it will be one of the best Hip-Hop CD's to come out in 2010. If you're a fan of Talib Kweli and Hi-Tek, you knew this already. What really gets me about this CD is that Talib is so skilled, HE is the one that made me REALLY listen to the CD from a lyrical perspective and NOT by how smokin' the beat is. Once you do that, this CD is ridiculously good. From Just Begun, to Back Again, to The Ballad of Black Gold to City Playgrounds, Talib delivers "knowledge" and "perspective" that makes this 5 stars in the intelligent Hip-Hop scene that we should ALL pay attention to. The only reason why I wouldn't give this CD 5 stars is because I wanted the beats to be better. But, all in all this is worth the money, not the bootleg.
Read more
One person found this helpful
Helpful
Comment Report abuse

B-Goody
4.0 out of 5 stars Almost a successor to reflection Eternal which still = Greatness!
Reviewed in the United States on June 26, 2011
Verified Purchase
First off you cannot go wrong with a Talib solo, but when produced by Hi-Tek it takes the music to another level. It's something special. Talibs flow is right on and it flows superb with outstanding beats and important political and social views. A positive album with positive lyrics woven together so so nicely. One of the best hip hop album of 2010 in my opinion.
Read more
One person found this helpful
Helpful
Comment Report abuse

Fielden A. Coleman
5.0 out of 5 stars Hip-Hop is still alive
Reviewed in the United States on July 24, 2010
Verified Purchase
It is Talib & Hi Tek at their finest. Well overdue in the midst of all this same song, cookie cutter artists.

May not be as deep as the first Reflection Eternal (classic IMHO) but it is up to par with it as far as lyrics go.
This is the equivalent of that in the times we are in though. If you understand my meaning.

If you liked the first one and Ear Drum then this is a must to buy!!! Get IT! You wont Regret it!

Sean I. Lee
5.0 out of 5 stars The Return of Reflection Eternal
Reviewed in the United States on March 13, 2011
Verified Purchase
If anyone has heard the combination of conscious okay player emcee Talib Kweli and producer Hi Tek on their first collaboration they understand why any future collabos would be highly anticipated and this latest incarnation met the bar! I guess Hip Hop is not dead...
Read more
One person found this helpful
Helpful
Comment Report abuse

Chief Rocka
5.0 out of 5 stars Pure Uncut Hip-Hop
Reviewed in the United States on August 21, 2010
Verified Purchase
THIS is what hip-hop is supposed to sound like! Pure smooth production by Hi-Tek and verbal gymastics by Talib Kweli. Kweli proves that he is one of the most underrated MC's in the game today. There are no bad songs here. NONE! Extra stand out tracks include 'Strangers(Paranoid)', 'Midnight Hour' and 'Lifting Off'. Get it and enjoy!
Read more
One person found this helpful
Helpful
Comment Report abuse

Lisa
5.0 out of 5 stars Slept On
Reviewed in the United States on December 11, 2012
Verified Purchase
Talib Kweli and HiTek are 2 of raps most underrated artists and this CD really highlights their talents well. Even for the listener that's never followed either one of them, this CD is a great place to start. You won't be disappointed.
Read more
One person found this helpful
Helpful
Comment Report abuse