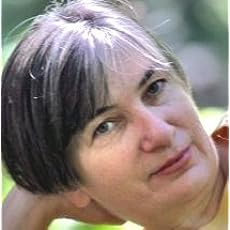 Rhobin Lee Courtright lives in Northern Michigan in a small village in the heart of lumbering country. She worked at a wide variety of jobs before writing her first fantasy novel. Recently she began writing contemporary romance with a side of suspense, and hopes her readers will enjoy them as much as her scifi/fantasy novels. You can learn more about her on her web page www.rhobinleecourtright.com
Read more 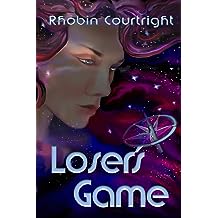 Loser's Game (Black Angel Series Book 2) Dec 1, 2006
by Rhobin Lee Courtright
( 1 )
$3.99
For years Jezlynn Chambers has pursued the pirate’s trade, her conduct finally matching her despicable reputation. It’s one thing to deserve condemnation, and another to let the Merchants Guild on Çiro hide their crimes behind her name.

While setting a trap to expose the criminal activity of the Merchants Guild, Jezlynn taunts a Space Service Corps captain…a man determined to arrest her…a woman he believes guilty of mutiny and piracy. Jezlynn kidnaps her pursuer and discovers she is playing a loser’s game.
Read more
Other Formats: Paperback 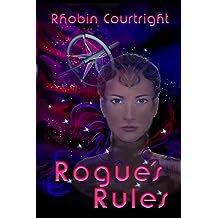 Rogue’s Rules (Black Angel Series Book 1) Nov 7, 2013
by Rhobin Lee Courtright
( 2 )
$3.99
As a pirate, Jezlynn Chamber’s greatest plunder is revenge. As a former Space Service Corps officer aboard the Constant, her sense of justice demands retribution against those who destroyed her career… and her mind. Other disgraced crewmates from the Constant join her mission, but Jezlynn must keep a secret from her friends -- she is not the person they remember. If she can keep her fractured mind together, they can form a criminal alliance that will change history, or destroy them completely.
Read more
Other Formats: Paperback 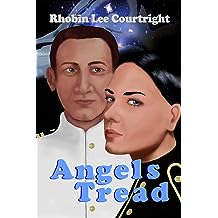 Angels Tread (Black Angel Series Book 4) Jun 28, 2020
by Rhobin Lee Courtright
$3.99
The Alliance’s president ordered Major Jezlynn Chamber to negotiate a treaty with their former enemy, the Khajari. For once her goal is legal, yet she knows enemies will try to prevent any accord. While aware of most agents against her mission, unknown adversaries might also exist. Though she welcomes a chance to create a peaceful transformation in a chaotic galaxy, events cast her six different personalities into turmoil. Can she survive against those working to subvert her?
Read more 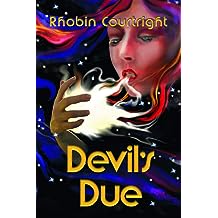 Devil's Due (Black Angel Series Book 3) Jun 1, 2007
by Rhobin Lee Courtright
$3.99
In an unexpected reversal of fate, Jezlynn Chambers finds herself not only serving on a Space Service Corps Ship, but under the command of Captain Lucian Krayne, the only man she’s ever loved, the one she left. Her mission to contact the Khajari government before the current truce erupts into warfare turns into her a fight for survival and Jezlynn finds it’s one thing to think you can accomplish a goal, quite another to achieve it.
Read more
Other Formats: Paperback 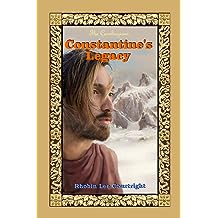 Constantine’s Legacy (The Carolingians Series Book 1) Jul 30, 2019
by Rhobin Lee Courtright
$3.99
Leonard must learn to be the Frankish warrior his father Radulf, the Dux Provinciae, demands. His difficult training is nothing compared to the dangerous deceptions he discovers.
Read more
Other Formats: Paperback 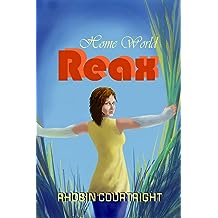 Home World Reax (Home World Series Book 4) Jun 1, 2018
by Rhobin Lee Courtright
$3.99
Since she never returned from Engagement, Meara knew everyone on Reax believed her dead. Discovering a Reaxan tracks her, she learns disaster has struck her home colony, she must return. She must try to help the few she loved. Others want her punished.
Read more
Other Formats: Paperback 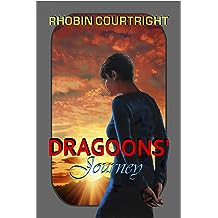 Dragoons’ Journey (Home World Series Book 3) Jul 1, 2016
by Rhobin Lee Courtright
$3.99
Their owners kept Dragoons in cryogenic containers for hundreds of years, their nanite enhancements making the soldiers too dangerous to live and too valuable to kill. Escaped Dragoons hive, but want freedom…and a home. The planet Aginfeld is their best-worst chance.
Read more 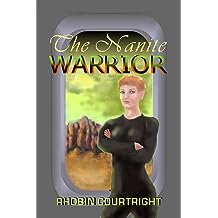 The Nanite Warrior (Home World Series Book 2) Oct 13, 2013
by Rhobin Lee Courtright
$3.99
After a thousand years of bioforming, turmoil and danger define the planet Aginfeld, but nothing has prepared its citizens for an attack by a centuries old Dragoon soldier, or another attempt by the Colonial Pact to claim ownership of Aginfeld.

Enforcer Commandant Ithan Van Garth doesn’t want another wife selected for him by anyone. He will claim his own no matter what the consequences. 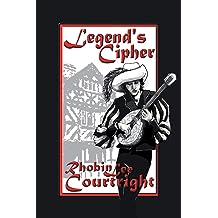 Legend's Cipher (The Aegis Series Book 4) Aug 3, 2011
by Rhobin Lee Courtright
$3.99
Magic makes you different, makes others look on you with suspicion. Many think those having such strangeness are dangerous, threatening, and also somehow undeserving of such a ‘gift.’ What Bertok had not related when the bishop gave him this mission was his greatest, most buried secret―he possessed such an unnatural ability. Now he must use his magic against others, expose them, and hope he would not be caught.
Read more
Other Formats: Paperback 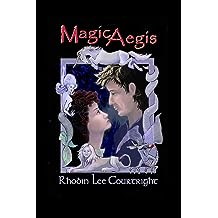 Devastated by a callous and false suitor, Vesper accepts the clansman Drew Montoren's offer of handfast. Confused and full of self-doubt, dream visions plague Vesper. News of the royal family’s murder and rumors of imminent invasion come to the clansmen, tormenting Vesper with guilt, for this is the vision that haunts her. She swears to follow her visions and use them against the approaching evil.
Read more
Other Formats: Paperback 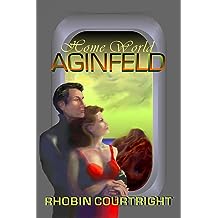 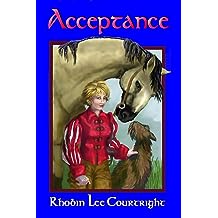 Acceptance (The Aegis Series Book 3) Mar 31, 2010
by Rhobin Lee Courtright
$3.99
Responsibility and duty drove mercenary Kissre Pierce to find her sister in Cygna, the land of witches. Her journey to insure her sister’s safety will pit sister against sister, country against country and force Kissre to face her own frightening nature.
Read more
Other Formats: Paperback