You've subscribed to The Mixed Six-Pack! We will preorder your items within 24 hours of when they become available. When new books are released, we'll charge your default payment method for the lowest price available during the pre-order period.
Update your device or payment method, cancel individual pre-orders or your subscription at
Your Memberships & Subscriptions
There was an error. We were unable to process your subscription due to an error. Please refresh and try again. 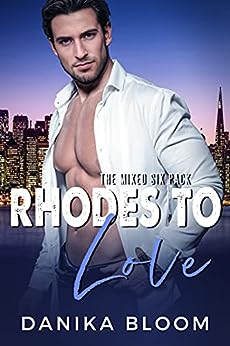 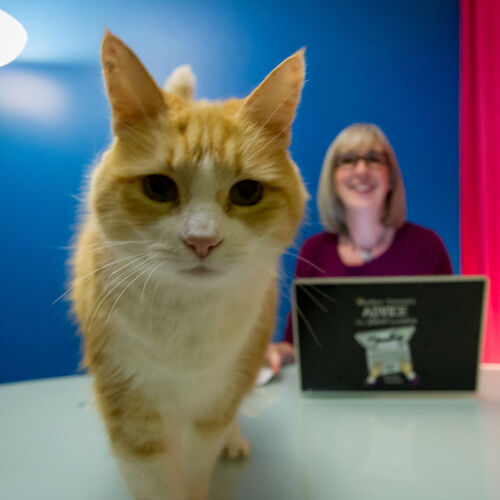 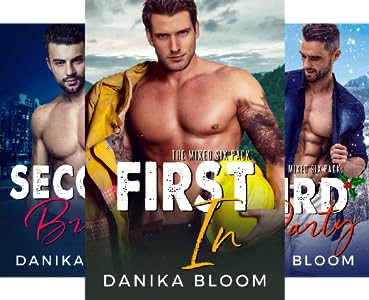 Bookfiend
4.0 out of 5 stars Emotions Run High
Reviewed in the United States on September 14, 2021
Verified Purchase
This is a very emotional read. Adam has been taking care of his goddaughter since her parents death from an accident he was the only survivor. They have been doing well, however now the child's aunt is challenging him for custody and wants to take the child to live with her. What will he do. He convinces Lizzy into a fake marriage as neither is ready for marriage. What happens when emotions are involved and they begin having feelings? Will they survive? Great story with great chemistry. Enjoyable read.

I received a free copy of this book and am voluntarily leaving a review.

Wendy Livingstone
5.0 out of 5 stars Heartfelt!!
Reviewed in the United States on September 9, 2021
This is the 4th book in this awesome series and is Adam and Lizzy’s story. Adam is a daredevil snowboarder who is not looking for any relationship, and when his friends die in an accident, he becomes guardian to their orphaned daughter Olivia, but when he has a problem with his guardianship being questioned, he needs to get married to justify keeping Olivia with him. Lizzie is determined to remain single until she completes her bucket list, and when Adam offers to pay for her trip to Europe, in exchange for marrying him, she jumps at the chance. This is a well written story which is filled with emotions, family, friendships, humor, and love, which leads to an entertaining, heartfelt, and steamy page turner. I look forward to reading more from this talented author whose work I highly recommend.
Read more
3 people found this helpful
Helpful
Report abuse

Coastie Mom
4.0 out of 5 stars Rocky Rhoades
Reviewed in the United States on September 9, 2021
Loved, Loved, Loved this story!!! This is Adam’s story. Adam was a snowboarder until tragedy took away his two best friends and left him with his adorable Goddaughter Olivia. Adam blames himself for their death and can’t forgive himself. He has sworn of having a steady relationship. In walks in Lizzy, she is the best friend to Dylan’s (Adam’s brother) wife Kama. She had a crap life growing up always believeing that she was a burden and her mother drilled it into her head that she should wait util she’s 30 to even think about marriage and kids. She needed to do everything she wanted before she started a career and the family life.

My heart broke for Lizzy and Adam as they both struggled to deal with their emotions. I was a rollercoaster of emotions during this story, one minute I was like yes, finally and then the next it was a slap to the face because Adam would say something and Lizzy would take it the wrong way. How could anyone love her right? The story will tug at your heartstrings – there is passion, romance, friendship, facing your fears, communication, ups and downs, twists and turns, and family. Wonderful story with great characters! I look forward to reading more from this author. I received a free copy of this book via Booksprout and am voluntarily leaving a review.
Read more
2 people found this helpful
Helpful
Report abuse

Cecilia Dawn
4.0 out of 5 stars Another heart-filling HEA from Danika Bloom!
Reviewed in the United States on September 10, 2021
The road to love for these two is a bit rocky, but well worth the trip. It felt 100% real and my heart was invested in their story right away. It helped I already feel part of the Rhodes family from reading the previous books in the series. (Side note: This book will stand alone, so don't feel like you can't pick it up if you haven't read the others!)

Adam and his goddaughter Olivia are so absolutely adorable together. It's clear that, while he didn't plan to be a Dad, the role is a perfect fit for him. I loved his connection with her and the commitment he has to her wellbeing on all levels - physical, mental, and emotional. While he has taken care of her needs, he never fully addressed his guilt for the accident that led to Olivia being his.

Lizzy, on the other hand, was a wildcard. While she clearly loved Olivia and was attracted to Adam, she had some inner demons that held her back. Her childhood instilled some unhealthy beliefs about happiness and she finds herself torn between those beliefs and her growing feelings for this family. It was hard, at times, to see her self-sabotage, but these moments were integral to her growth and their happy ever after.
Read more
2 people found this helpful
Helpful
Report abuse

Jennifer Pierson: The Power of Three Readers
TOP 1000 REVIEWER
5.0 out of 5 stars #NEVERSAWTHISEMOTIONALHELLCOMING
Reviewed in the United States on September 9, 2021
Rhodes to Love follows Adam & Lizzie, and did my emotions in quite honestly. He still feels guilt about how he came to have custody of his goddaughter, but when other forces are trying to take her away, he'll do anything to make sure that doesn't happen, including having a fake marriage with Lizzie. He makes her an offer that she can't refuse so she's in, but it obviously has an expiration date coming. Danika Bloom is a new to me author so I didn't know the angst that I would have overpowering me until it was too late so I was wrecked because these two went through it, and I'm saying WENT THROUGH IT! I want to keep this review very vague because despite how hard hitting it is knowing what you're getting into, going in blindly ups the ante by a lot. So hit those one click buttons as I HIGHLY HIGHLY HIGHLY RECOMMEND!
Read more
2 people found this helpful
Helpful
Report abuse
See all reviews
Back to top
Get to Know Us
Make Money with Us
Amazon Payment Products
Let Us Help You
EnglishChoose a language for shopping. United StatesChoose a country/region for shopping.
© 1996-2021, Amazon.com, Inc. or its affiliates