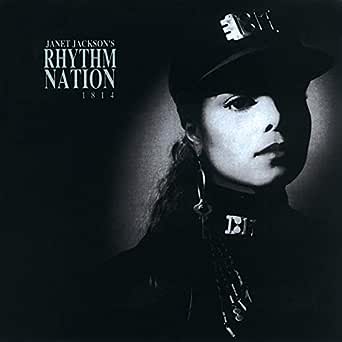 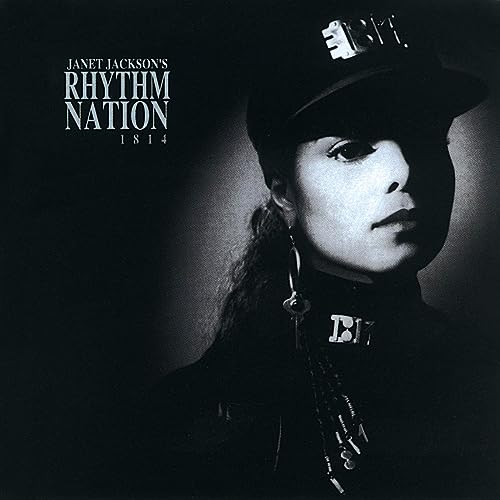 Janet Jackson
September 19, 1989
4.6 out of 5 stars 124 ratings
Buy the CD album for $10.01 and get the MP3 version for FREE.&nbspCD album ships from and sold by Amazon.com. Terms and Conditions. Does not apply to gift orders. Complete your purchase of the CD album to save the MP3 version to your Music Library.

4.6 out of 5 stars
4.6 out of 5
124 global ratings
How are ratings calculated?
To calculate the overall star rating and percentage breakdown by star, we don’t use a simple average. Instead, our system considers things like how recent a review is and if the reviewer bought the item on Amazon. It also analyzes reviews to verify trustworthiness.

Doc's Grand
5.0 out of 5 stars This is A Must Have!!
Reviewed in the United States on November 24, 2015
Verified Purchase
Is This Not TIMELESS? All you have to do is YouTube The LipSync contest from LL Cool J's Show 2015. Watch that performance, and also Tamar Braxton's performance of Rhythm Nation on Dancing with The Stars 2015.
Read more
Helpful
Report abuse

Mark J. House
5.0 out of 5 stars Classic Janet
Reviewed in the United States on April 24, 2014
Verified Purchase
This is my favorite album from Janet Jackson ever made! Rhythm Nation, Miss You Much, Love Will Never Do Without You, State of the World, Escapade, Come Back to Me, and my personal favorite, a shockingly metal sounding(you read that right!) song called Black Cat that gives props to Hendrix and 80's metal! It reminds me of when Michael Jackson did Beat It and then later Dirty Diana. You would never expect hard rock, especially good rock/metal from a pop artist but Janet's Black Cat put's that rumor to rest! The other songs are more pop and dance style.
Read more
2 people found this helpful
Helpful
Report abuse
See all reviews

John R. A. Shannon
3.0 out of 5 stars Mislabeled Product
Reviewed in Canada on March 6, 2013
Verified Purchase
Great album. Wrong format. If you order this hoping for an LP (vinyl) (a record) you will be greeted with the arrival of a CD. I returned this item. Sadly it would seem it is still mislabeled. Otherwise, the service was good, a full refund offered with apology.
Read more
Report abuse

Andi
5.0 out of 5 stars Rhythm devine
Reviewed in the United Kingdom on February 28, 2012
Verified Purchase
I bought this yesterday and it arrived 24 hours later good fast service but ...... it states on the package region 0 but it is region 1 please be careful....

This brings back memories of a fab album and a marvelous dvd. great stuff.............
Read more
Report abuse

Justin Knapik
1.0 out of 5 stars One Star
Reviewed in Canada on February 22, 2016
Verified Purchase
The item was not a LP. It was a Cd. Not as described
Read more
Report abuse