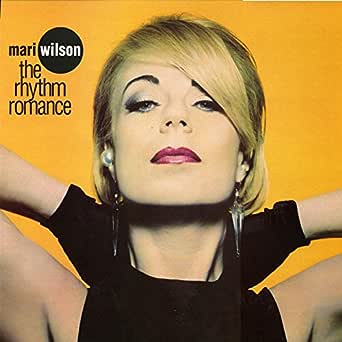 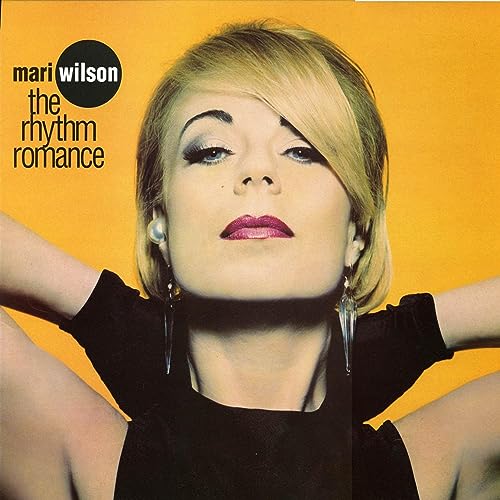 3.8 out of 5 stars
3.8 out of 5
10 customer ratings
How does Amazon calculate star ratings?
Amazon calculates a product’s star ratings based on a machine learned model instead of a raw data average. The model takes into account factors including the age of a rating, whether the ratings are from verified purchasers, and factors that establish reviewer trustworthiness.
Top reviews

Glenn S. Hawley
4.0 out of 5 stars Finally Mari!
Reviewed in the United States on February 11, 2002
Verified Purchase
Finally available to us lowly Americans! Mari's 1991 Solo cd The Rhythm Romance available again, in it's expanded form (with 2 Japanese bonus Tracks) once again at a reasonable price. A fine mix of her trademark Romantic vocal stylings mixed with trad. Jazz interpretations of favorite standards. This woman Should be a household name! I think Diana Krall is wonderful, but Mari has a uniqueness Vulnerability that makes her stand alone.
Read more
2 people found this helpful
Helpful
Comment Report abuse

M. Hartman
4.0 out of 5 stars A Lovely, Captivating Voice
Reviewed in the United States on March 28, 2003
Even as an 80's pop singer, Mari Wilson was a throwback to an earlier time and singers like Julie London and Peggy Lee. The best of her work has the sophisticated feel of 1950's jazz-pop about it ("Cry Me A River" and "Dance with A Stranger"). This 1991 cd shows evidence of the time Mari spent honing her vocal skills in jazz clubs in the late 1980's. Her voice seems to have deepened a bit and sounds more natural and fuller. Her version of "Someone to Watch Over Me" is absolutely lovely. There is a new version of "Cry Me a River" and another Julie London classic "No Moon at All", which are both simply wonderful. Some of the material has a certain "Smooth-Jazz" vibe to it, which I find a bit dated with its synthy keyboards(however I have honestly never been a fan of the smooth-jazz genre). Throughout it all is Mari Wilson's voice and its warm, full tones. She has turned into a top notch chanteuse and she easily gives Stacey Kent, Jane Monheit et al a run for their money. There are some top notch jazz players like Guy Barker and Chico Freeman backing her up admirably. The latin-tinged strains of "Cielo" and "the Rhythm" also work remarkably well for her voice. These days Mari focuses on being a mum and perfoming in jazz clubs, if I could only catch one of her gigs at Ronnie Scott's...
Read more
5 people found this helpful
Helpful
Comment Report abuse

D. McLain
2.0 out of 5 stars Snatch it up!
Reviewed in the United States on October 31, 2005
With just having heard the new material from Mari Wilson, I am convinced you better snatch this cd up! "Cause when people hear the new stuff, they are going to want the past releases!

Get it before the prices go up!

Amazon Customer
4.0 out of 5 stars legend
Reviewed in the United Kingdom on December 31, 2018
Verified Purchase
a great trooper is our Mari never standing still and this is a good reflection of her jazz moments..
Read more
Helpful
Sending feedback...
Thank you for your feedback.
Sorry, we failed to record your vote. Please try again
Report abuse

Mike
5.0 out of 5 stars Mari Wilson CD
Reviewed in the United Kingdom on March 20, 2011
Verified Purchase
If you have seen Mari Wilson you must have this CD. If you have not seen her you are missing a great evening. The CD is getting difficult to obtain but through Amazon I got this one. It arrived promptly and is a good addition to my collection. This is laid back easy listening music.
PS you should also listen to Mari's other CDs they are certainly as good as this one.
Read more
One person found this helpful
Helpful
Sending feedback...
Thank you for your feedback.
Sorry, we failed to record your vote. Please try again
Report abuse

DaveJ
2.0 out of 5 stars Disappoiniting
Reviewed in the United Kingdom on February 9, 2013
Verified Purchase
Saw her live -these songs do not do her justice - check out 'Emotional Glamour!'
Songs are a little bland.
Read more
Helpful
Sending feedback...
Thank you for your feedback.
Sorry, we failed to record your vote. Please try again
Report abuse

FAMOUS NAME
3.0 out of 5 stars Not Mari's best effort...
Reviewed in the United Kingdom on April 28, 2010
Verified Purchase
Whilst Mari has never released a really bad Album in her career, this is not her best effort...

This is a collection of fourteen Songs (well thirteen actually, since the first Track isn't really a Song at all, but thirty or so seconds of...what exactly??) Anyhow, at least three of these fourteen Songs for me could have been left out - and that would have still left ten (not counting the Intro.) and would have made quite an adequate Album.

The three I refer to are; 'For Your Freedom', 'La La Peace Song' and a very different version of 'Cry Me A River'. Now; the first two are simply waaay too long... The very first, over six minutes - but it was a great Number up to about 3.30 - 4.0 mins. and was ruined by the remainder... Also; I do not like 'alternative' versions of Songs on any Album by any Artist; I always feel cheated and somewhat 'short-changed', and let's face it; if you originally like a Song someone has done, you liked it because of the way you first heard them perform it, and not what it could 'become' via some form of 'rearrangement' - a different Singer perhaps. So these things I feel are a bit pointless to me. If you liked Mari's original version of her 1983 hit 'Cry Me A River' from her fabulous Album: 'Showpeople', you won't like this one.

However; that said; there are some pretty cool Tracks on this; 'No Moon At All', 'And I love Him' and 'Let There Be Love' - to name just three examples, and these are the type of Songs Mari excels at and really does best.

Though not her greatest work, this Album was much sought after once upon a time when it was out of print.