Rhythms: A Novel and millions of other books are available for Amazon Kindle. Learn more 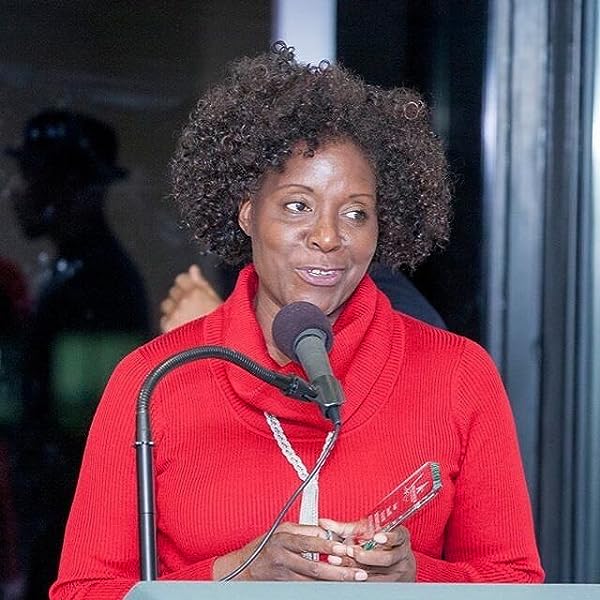 by Donna Hill (Author)
4.4 out of 5 stars 52 ratings
See all formats and editions
Sorry, there was a problem loading this page. Try again.
Read more Read less
Previous page
Next page

“An Outstanding Read! are the only words to describe Donna hill's foray into mainstream fiction.” ―Romantic Times 4 1/2 Gold Stars

Donna Hill has fifteen published novels to her credit and has been featured in Essence, The Daily News, USA Today, Today's Black Woman, and Black Enterprise among many others. She has appeared on numerous radio and television station across the country and her work has appeared on several bestseller lists. She works full time as a Public Relations Associate for the Queens Borough Public Library system, and organizes author-centered events and workshops through her promotions and management company ImageNOIR.org. Donna lives with her family in Brooklyn, NY.

Start reading Rhythms: A Novel on your Kindle in under a minute.

Gayle Jackson Sloan
5.0 out of 5 stars Feel the Rhythms
Reviewed in the United States on January 12, 2002
Verified Purchase
Picture it: Rudell, Mississippi, 1927. Cora Harvey, blessed with an incredible voice, that has only been used to give praise to God, has no home and no parents after they are tragically killed. She is left with nothing but a dream. A dream to see something more in the world than the narrow, segregated confines of Rudell. Nothing that is, except a man who loves her more than life itself. A man who loves her enough to let her go to pursue her dreams of making it big in Chicago.
Cora, however, is like a fish out of water on the mean streets of Chi-town. After a vicious and horrific encounter with her white employer, Cora returns to Rudell, and David, wanting to do nothing more than to put the horrible past behind her. Fate, however, decides to play a cruel trick on not only Cora, but her daughter Emma as well.
Emma, who has been blessed or cursed, depending on how you choose to look at it, to look nothing like her mother or her people. Deciding to 'cross-over' Emma leaves everything she has ever known in too-small, too narrow-minded Rudell to make it in New York, hoping to never been scorned for looking 'different.' There, after meeting the man of HER dreams, she also fights to forget her painful past. That is, until it also rears its head, in the form of her daughter, whom she practically drops on her mother's doorstep. Emma's been to the other side of the mountain and is determined to stay there, even at her daughter's expense. She doesn't even stick around long enough to give her child a name.
Parris, so named by her grandmother Cora, heals many wounds for Cora and David. Parris has also been blessed with her grandmother's incredible voice and restless feet, and unknowingly follows her mother's footstep by moving to New York. There she meets the man who could be her one and only, except he's got some skeltons of his own rattlin' 'round the closet. However, just when she is poised to fulfill those dreams not only for herself but also for her grandmother, events call her back home to Rudell. What she learns there could change her life forever.
Donna Hill has written a wonderful book with richly drawn characters. Her descriptions of Rudell will have you almost tasting the dust in the air, swatting the gnats away from your face and smelling some of that great down home cooking! It will make you smile and wish for a small community that knows everybody (and their business) but when needed, they are there for one another. I enjoyed this book from cover to cover, and would highly recommend it to anyone looking for a book that shows strength, wisdom and courage!
Read more
3 people found this helpful
Helpful
Report abuse

Candace
5.0 out of 5 stars Three generations of rhythm
Reviewed in the United States on February 5, 2002
Verified Purchase
Three generations of dreamers face struggles in the rhythms of the Delta and the city.
Cora.. gifted singer raised in church and encouraged to dream by her father, the preacher. She sets off to realize these dreams and is confronted with ugliness and her darkest hour.
Emma.. she's labeled an outsider. Her disdain for her mother and her differences cause her to see an unusual way out of the Delta. She is confronted by her past and her true self.
Parris.. the "last chance to make it right." A musical prodigy and strong woman, made so by the morals engrained in her while growing up in the Delta. She is confronted by the ghosts of her predecessors.
Donna Hill has put together a fine novel, her growth as a writer apparent and almost blinding.
Have you ever read a book that reached out and told you...
"This is the book I've been waiting for" ...?
In a nutshell, this is what Rhythms told me.
Read more
8 people found this helpful
Helpful
Report abuse

TheEveryAll
2.0 out of 5 stars the rhythms were offbeat
Reviewed in the United States on September 18, 2003
Verified Purchase
I seem to be at odds with most of the other reviewers who thought the book started slow and later picked up speed. I personally was rather intrigued with the beginning and very interested in Cora's story. I agree with the Publisher's Weekly review that it could have been a great characterization of Cora and her struggles, but it passed over many years to start the story of Emma and quickly became uneven and full of holes. The part of Parris was so short and uninteresting compared to the other two that I believe even Ms. Hill grew bored with her rambling story and just wanted to hurry up and finish it. For a more well-written (minus the empty fluff) generational story of mothers and daughters, read Cane River by Lalita Tademy or the Joy Luck Club by Amy Tan
Read more
One person found this helpful
Helpful
Report abuse

Customer S.
5.0 out of 5 stars The book is a excellent book to read as well as the sequel "What Mother Never Told Me".
Reviewed in the United States on December 5, 2013
Verified Purchase
This book was excellent. I enjoyed it again. I purchased this book years ago when it first came out. Recently I was told that this book had a sequel (What Mother Never Told Me). It took ten years for Donna Hill to write the sequel, I just wish she would write another sequel to this book also. Even though I have this book in paperback I bought it on kindle so that I would have both books on kindle at my disposal.
Read more
One person found this helpful
Helpful
Report abuse

The Happy Booker
5.0 out of 5 stars Terrific
Reviewed in the United States on October 15, 2012
Verified Purchase
This was the first book i've read by this author and i really enjoyed it. i will definitely recommend this to my friends and family as a must read.
Read more
One person found this helpful
Helpful
Report abuse

Michaela King
4.0 out of 5 stars Great read!
Reviewed in the United States on February 9, 2014
Verified Purchase
This was a great novel spanning three generations. The characters were multilayered and the author allowed you to have empathy for them despite some of the questionable decisions they made. Rhythms ' reminded us that redemption comes from second chances and everyone deserves a second chance.
Read more
Helpful
Report abuse

Marian Eaton
5.0 out of 5 stars Five Stars
Reviewed in the United States on August 7, 2017
Verified Purchase
Loved the book and read What Mama Never Told Me,and can't wait for the next book in the series.
Read more
One person found this helpful
Helpful
Report abuse

LaKita Smith
5.0 out of 5 stars Five Stars
Reviewed in the United States on January 28, 2016
Verified Purchase
Good
Read more
Helpful
Report abuse
See all reviews
Back to top
Get to Know Us
Make Money with Us
Amazon Payment Products
Let Us Help You
EnglishChoose a language for shopping. United StatesChoose a country/region for shopping.
© 1996-2021, Amazon.com, Inc. or its affiliates