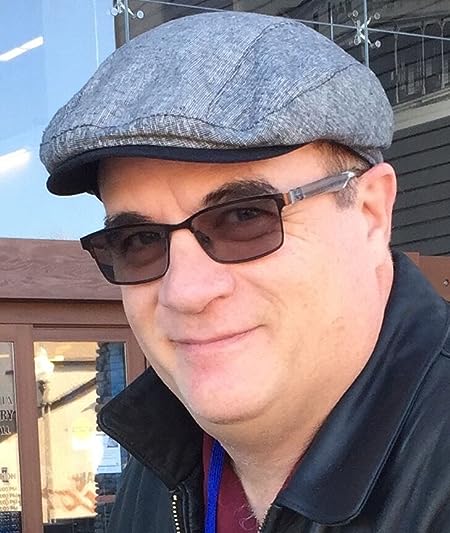 Rich Samuels, at various times, has been an Emmy® award-winning producer, director and editor. He's taught filmmaking workshops, been a news director, acted, reported, and created documentaries. Samuels is the author of three novels on fear, bullying and self-esteem, and is a "Most Viewed Writer" on Bullying, School Bullying and Cyberbullying at Quora.com. 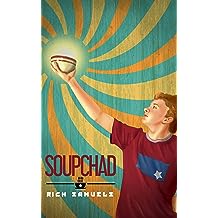 
Classmates at his new middle school thought he was crazy, but he didn’t care. Soon, they would come to him, pleading for their own soup names. Noodle, Spinach and Chowder were first. Then came Matzo Ball, Potato and Ramen. Before long, everyone wanted to be in Soup Club.


He was proud to be their leader. He was ready to march with them in the epic fight against evil: against Kids Who Like Salad.


SoupChad is a story about intolerance, power and the most important question of our time:
Soup or Salad? 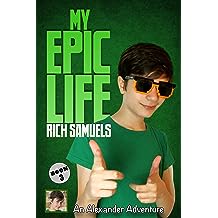 My Epic Life (Alexander Adventures Book 3) Feb 12, 2017
by Rich Samuels
( 1 )
$2.99
Alexander can't help but wonder: are his friends going crazy--or is he? Fights, rivalries, girlfriends and jealousy are everywhere. Everything in his life is turning upside down and backward. If that wasn't enough to drive him over the edge, Alexander discovers that it's not just everyone else that's changing: he is, too.

If you've ever gotten the jitters about a test that turned out okay, or stayed up terrified all night before the first day of school, only to discover that it wasn't a disaster, then you know Alexander. Despite all evidence to the contrary, he lives in a constant state of anxiety that everything in his life is about to go incredibly bad.

My Epic Life is the third volume in Rich Samuels' Alexander Adventures, a coming-of-age comedy about one boy's self-conscious stumble into his teens.
Read more
Other Formats: Paperback 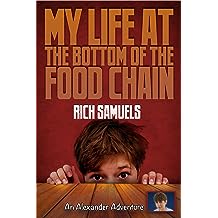 My Life at the Bottom of the Food Chain (Alexander Adventures Book 1) Jan 16, 2015
by Rich Samuels
( 10 )
$2.99
Thirteen year old Alexander thinks he's got the world figured out. He's entirely wrong. To say his fears of middle school are over the top would be an huge understatement.

He’s sure that bullies are lurking around every corner. He’s certain that wedgies, swirlies and pantsings are just waiting to happen. He lives every day as if he’s prey in a sea of predators. Now, he’s convinced that an evil bully plot is unfolding – and he has a pretty good idea who’s responsible.

Alexander’s friends think he’s crazy, and the bullies pretend to be innocent, but Alexander isn’t fooled. It’s time to take action and stand up for what’s right - but what if he’s wrong?

He has the idea of avoiding trouble down to a science. In fact, he’s even created a smartphone app, BullyTrack, to help other kids avoid bullies, too. He knows just when to pass through the school gate in the morning (7:54 am), how to move through the hallways (fast!) and even how to eat (no condiments!). He can identify bullies anywhere he looks, just from their haircut or how they dress. He can spot “bully swagger” a mile away.

When Melvin, a boy in his social studies class, says he wants to talk to him after school, Alexander is convinced that “talk” doesn’t mean talk. He puts BullyTrack in crisis mode, and works even harder to keep off the bully radar - evading Melvin at all costs.

Then, inspired by a classroom assignment to face his fears, Alexander changes his mind and declares to everyone that he’s standing up to Melvin and every suspected bully in school. He transforms from being nearly invisible to unavoidable. 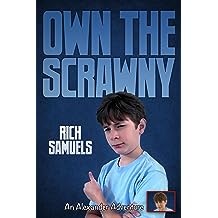 Own the Scrawny (Alexander Adventures Book 2) Dec 29, 2014
by Rich Samuels
( 6 )
$2.99
It’s bad enough doing something stupid, and worse in front of the entire school, horrible if it’s posted online, and a complete disaster if it goes viral—but it’s the comments that might just send you over the edge...

Alexander’s the target of online trolls—thanks to one viral video, people everywhere have something bad to say about what he looks like, what he wears, and how he acts. With so many people calling him a loser, a mutant and a moron, he starts to wonder if they might be right.

Alexander’s sure of just one thing: he’s got to prove them wrong.

In this follow-up to "My Life at the Bottom of the Food Chain," Alexander discovers that even if it seems like the entire world is against him, he still can count on his friends.
Read more
Other Formats: Audible Audiobook , Paperback