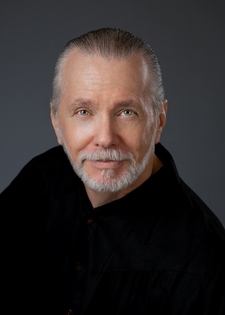 An intense interest in understanding the mysteries of life and a desire to know and understand the 'Whys' and 'Wherefores' of our existence led Richard King to study the ancient metaphysical science and art of numerology, exploring, discovering and validating theories which explain life's mysteries and secrets. His research, experience and interest in this ancient science and art led him to design and formulate THE KING'S NUMEROLOGY© --a revolutionary numerology system of defining, describing and interpreting those energies and forces which comprise our lives and destinies.

King is also an accomplished martial artist. He is the Founder and Grandmaster of the Karate Institute of America and the Kiado-Ryu martial arts system. A true artist and spiritual teacher, King has a wide background in entertainment as an actor, producer, writer and television host. He holds a BA in English from San Jose State University and a Standard Secondary Teaching Credential. He is the author of 8 books including the following published works available on his website [www.richardking.net] and through Amazon.com.

* The Black Belt Book of Life: Secrets of a Martial Arts Master

* The 5 Minute Lover: Discovering the Secrets of Your Life, Loves & Relationships in Five Minutes

* The King's Book of Numerology II: Forecasting - Part I

* The Age of the Female: A Thousand Years of Yin

* The Age of the Female II: Heroines of the Shift

* Blueprint of a Princess: Diana Frances Spencer - Queen of Hearts

* Messages from the Masters: Timeless Truths for Spiritual Seekers

Everyone is lost in the world of delusion.
~ Saint Namdev, 13th Century

Delusions are false beliefs held to be true. By subscribing to them we become more ignorant and blind to Reality than we already are. How can we be enlightened living in a cave devoid of light? We can't. That's why it is imperative for us to dissolve the delusions that entrap us, enslave us—from cradle to grave—in a prison of ignorance, keeping us from being free and whole.

The following fourteen delusions give a glimpse of some of the false beliefs plaguing humanity. 27 Delusions of Mankind shares thirteen more. Some of these delusions may shock you; some comfort you; some will give you pause to stop and think about life, but all will open your eyes to the false beliefs we have held to be true but which, in fact, are false and need to be dissolved if we're ever to rise into the Light of our Divine Heritage. 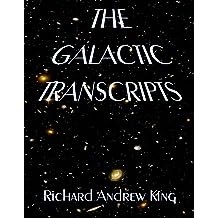 The Galactic Transcripts Sep 27, 2013
by Richard Andrew King, Adam "Frog" Mahan, DK King, Artist KA Collins
( 2 )
$9.99
It's the 1950s. A man sees a cigar-shaped UFO, subsequently becomes involved in receiving channeled messages from intergalactic "human" beings, and then, within hours of his death, writes Border to Infinity as the final entry in his personal journal. What does it all mean? And could these events be interconnected?

The Galactic Transcripts will take you on a journey that is as provocative as it is mysterious. Its thirty-seven transmissions are channeled from a non-earth, alien group who identify themselves as members of the Space Brotherhood – messages imparted by representatives known as Monka, Korton, Traenor, Klala, Hatton, Lalur, and Soltec.

Learn what the Space Brotherhood also has to say about other organizations such as the Galactic Counsel, Confederation of Galaxies, Counsel of Lords, Solar Tribunal, and the Solar Cross Foundation.

The Galactic Transcripts offer us descriptions of other worlds, their inhabitants, morals, ethics, and histories. They even forewarn of the coming cleansing of earth and the cataclysms preceding it. Other messages shed light on the original colonization of earth, telepathic communication, the power of love, the program of the Radiant One, and much more.

Those who have read The Galactic Transcripts have found them to be life-altering, profound, inspirational, transformative. Will they have that effect on you? Open your mind and allow the transcripts to take you beyond the limitations of our world and into new, undiscovered worlds far beyond our galaxy.
Read more
Other Formats: Paperback 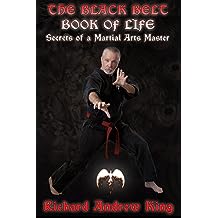 The Black Belt Book of Life: Secrets of a Martial Arts Master Dec 12, 2009
by Richard Andrew King
$9.99
The mystery and mystique of the martial arts is not only ages old, it's legend. Revered throughout the world, martial arts is a treasure chest of life secrets that transcend the boundaries of combat to include the expanse of life and living. Arguably, it is the greatest developmental system on earth for teaching the integration of body, mind and spirit.

•What do martial arts secrets hold for you?
•How can you apply them to your life?
•Do you know the secret of greatness?
•What are the effects of true power?
•What is the "Live-Evil" riddle?
•What is the mark of a master?

THE BLACK BELT BOOK OF LIFE reveals many secrets of martial arts training, sharing these truths in quick and easy to read vignettes to benefit martial artists and the general public as well.

Richard Andrew King is Founder of the Kiado-Ryu system of martial arts and Grandmaster of the Karate Institute of America. 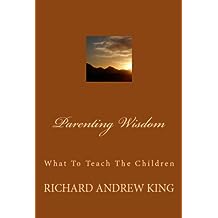 Parenting Wisdom - What To Teach The Children Jun 27, 2013
by Richard Andrew King, Chandra King Lombard
( 1 )
$9.99
PARENTING WISDOM is a must for any parent and for all parents to be.
Richard Andrew King should be called Dr. King. His books are of the magnitude that will be read with reverence for generations to come. ~ Dr. Victoria Ford, J.D.

Parenting is the most important and critical job in life because it encompasses the cultivating and sculpting of life itself as reflected in our children – the sanctity of life in manifest form.

In the process of parenting one of the most germane questions is, "What do we teach the children?" Parenting Wisdom offers thirty-three time-tested, universal principles which parents can use to create a strong foundation allowing children to develop into whole, fulfilled, and substantive adults.

The thirty-three principles include:

The Five Needs of Children
Boundaries, Rules, And Regs
Your Life, Your Responsibility
Tender Love Versus Tough Love
The Four Cornerstones of a Substantive Life
The Temptations of S.A.D. (Sex, Alcohol, Drugs)
and much more . . .

This work is a companion book to "Parenting Wisdom For The 21st Century – Raising Your Children By Their Numbers To Achieve Their Highest Potential." 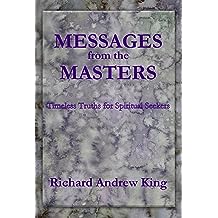 Masters are the PhDs of the universe, the Light Bearers of the Divine Flame. Their knowledge and wisdom are supreme. They have no equal. Although appearing human, they are not. Masters are the exalted Sons of God. Their chief duty is to rescue souls, liberating them from the maniacal maelstrom and madness of the material world and returning them to their eternal Home with the Lord.

Messages from the Masters: Timeless Truths for Spiritual Seekers is a rich source of hundreds of quotes from a cavalcade of nine Perfect Saints throughout the last six hundred years: Guru Ravidas, Kabir, Guru Nanak, Tulsi Sahib, Swami Ji Maharaj, Baba Jaimal Singh, Sawan Singh, Jagat Singh and Charan Singh. The messages in this book focus on the importance of the Divine Diet, the priceless Human Form, Reincarnation, the World, the Negative Power and Soul Food.
Read more
Other Formats: Paperback 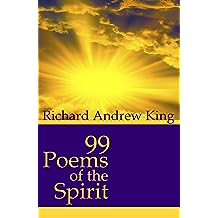 99 Poems of the Spirit Oct 25, 2010
by Richard Andrew King
( 1 )
$9.99
99 Poems of the Spirit draws from the writings of Perfect Saints, Masters, Mystics and Sacred Scriptures, encompassing a wide range of spiritual topics in poetic form: karma, reincarnation, transmigration, destiny, devotion, vegetarianism, attainment, the human form, love, morality, heaven, hell, the inner regions, justice the nature of this world, illusion, deception, success, money, the Pendulum, the struggle between this world and the higher worlds and much, much more.

The selections within 99 Poems of the Spirit are designed to lift the mind, heart and consciousness, allowing the individual to connect with the mystic side of life in order to enhance the process of self-realization while advancing on the spiritual path and climbing the ladder leading to the ultimate attainment of God Realization.

All of the selections in 99 Poems of the Spirit are original works by Richard Andrew King. If you like poetry and spiritual food for thought, then this is a book you want to read and have in your personal library. It is a treasure chest of poetic spiritual gems offered to excite, educate and stimulate the mind and soul in the glorious journey of spiritual ascent.
Read more
Other Formats: Paperback 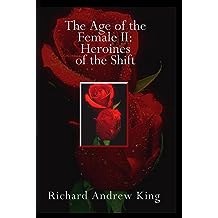 The Age of the Female 2: Heroines of the Shift Oct 16, 2010
by Richard Andrew King
$9.99
THE AGE OF THE FEMALE II: HEROINES OF THE SHIFT continues the remarkable ascent of the female in the modern world by honoring selected women in a variety of categories. This installment is a general read in five chapters honoring the accomplishments of women in categories of female firsts, female Nobel laureates, female athletes, female icons and female quotations.

The achievements of the women featured in The AGE OF THE FEMALE II: HEROINES OF THE SHIFT are deserving of respect and admiration. Their lives, challenges and successes are motivational catalysts for every individual to be the best he or she can be and to honor the very essence of what it is to be human.

THE AGE OF THE FEMALE II: HEROINES OF THE SHIFT is intended to be an inspiring and educational read for everyone, not just women but men, too, offering knowledge and insight of the depth, power and daring-do of women as their Yin energy rises upon the global stage in this millennium which destiny has irrefutably marked as the Age of the Female.
Read more
Other Formats: Paperback