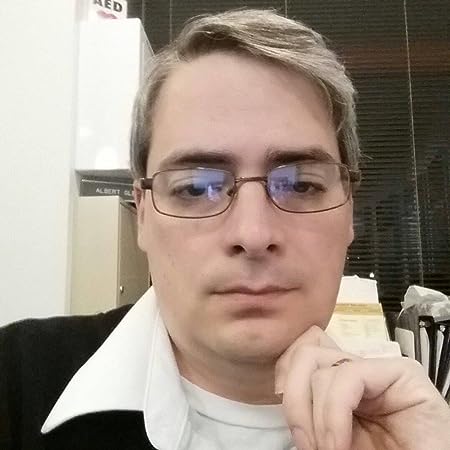 Richard Flores IV is the author of the science fiction novels, Dissolution of Peace, Volition Agent, and Broken Trust. He lives in Auburn, Washington with his wife and three children. When not writing, he works a day job where he daydreams about writing. His hobbies include reading, television, video games, blogging, and watching San Jose Sharks hockey. For more information check out: www.floresfactor.com 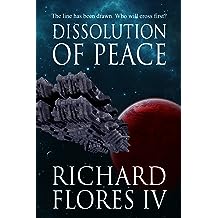 Dissolution of Peace (The Serenity Saga Book 1) Oct 6, 2012
by Richard Flores IV
( 24 )
$0.99
When Earth Navy Captain Christina Serenity is brutally attacked by a traitor, her life is saved by Security Forces Corporal Michael Carlson. On the heels of her recovery, her ship is attacked by terrorists, and she is thrown into a difficult assignment. She must chase after the only clue they have, a Martian ship called the Phobos, and find out what secrets it hides. To make matters worse, someone still wants her dead.

Her ship, E.S.S. Australia embarks on a mission that leads Serenity on journey of discovery, friendship, betrayal, and revenge. She quickly learns the only thing harder to prevent than war, is love.

Now Serenity must trust her protection crew to keep her alive long enough to solve this puzzle while trying to prevent an interplanetary war.

The line has been drawn. Who will cross first?

This is the third edition, released April 2015 to correct typos, and mistakes in the first and second editions. 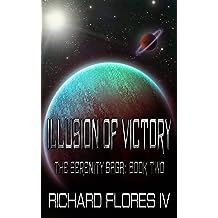 Illusion of Victory (The Serenity Saga Book 2) Jul 9, 2017
by Richard Flores IV
( 1 )
$3.99
Captain Christina Serenity is back from the dead, in a manner of speaking. Everyone believed that no one survived the devastating attack on the Earth Space Ship Australia. That is, everyone except Roger Mathews, the traitor that launched the attack. But the four survivors have grown tired of seeking revenge and have returned home to face the consequences of that choice.
The Zercowans are losing interest in fighting Earth’s war and demand some type of action against the threats that face their people. But after several tough decisions, Serenity learns that the term ‘enemy’ isn’t so clear and she no longer feels strong enough to handle the weight of war.
Can Serenity maintain the illusion of strength long enough to gain the victories Earth desperately needs? Or have the pressures of war and revenge already destroyed her? 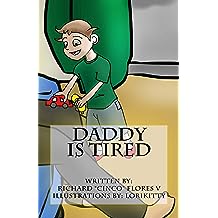 Daddy is Tired Mar 9, 2015
by Richard "Cinco" Flores V, Lorikitty, Richard Flores IV
( 2 )
$3.49
Daddy is Tired is a children's picture book about a dad who wants to rest while his son would rather play. Dad hopes for a little nap, but his son just wants to play. This book was written by Cinco, at five years old, in one of his own quiet time sessions. Of course his dad didn't get to rest either, he had to help.
Read more
Other Formats: Paperback 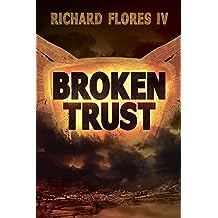 Broken Trust May 22, 2014
by Richard Flores IV
( 3 )
$1.99
Earth is no longer teeming with human life. After a major mass extinction event, the world is no longer able to function as it once had. Governments have collapsed and those that survived are left to figure out what is next for the human race.

Liam Fisher never wanted to be a leader. But after finding survivors, protecting them, and founding the city-state of Lagoon Hills; the people demanded he be their leader. Instead, Liam agreed to sit on a Council with four other leaders.

Together with Talya Brooks, the person who saved his life after the collapse, Liam runs the militia of Lagoon Hills. And though it was tough early on, the people of the city now live in relative comfort and safety.

But Liam is fighting his own personal demons: The loss of his wife and unborn son. Rachel, a past lover he never really got over, has suddenly arrived at the city gates. And the mounting stress of a neighboring city-state threatening war.

The people of Lagoon Hills are counting on Liam for their safety. Can he keep himself together and be the leader everyone wants him to be? Or will the people closest to him be the greatest threat of all?
Read more
Other Formats: Paperback 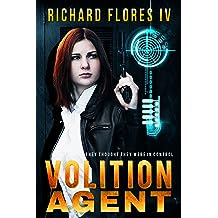 Volition Agent Jun 24, 2013
by Richard Flores IV
( 2 )
$0.99
Lexia is an ordinary person, with no special training or unique skills. That is until Lance, her handler, jumps in and takes full control of her every action. With Lance, Lexia is one of the deadliest government agents. Without him, she is a useless civilian who is completely disposable.

When one of her missions goes wrong quickly, Lexia finds herself scrambling to escape capture. The agency she works for disavows any knowledge of her existence and leaves her for local authorities to arrest her on murder charges.

Lexia must fend for herself if she wants to survive. With no clues, minimal training, and an unlikely ally she searches for answers. The agency wants her dead. Can Lexia stop them? Or are they still in control?
Read more
Other Formats: Paperback