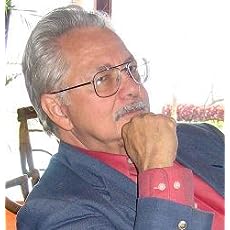 Richard Sharp writes literary/historical fiction of ordinary Americans in 19th and 20th century settings. He confesses to being a member of the "Silent Generation"(b. circa 1926-1945), a major subject of his near-contemporary novels, The "Duke Don't Dance" (Kirkus Best of 2012 Indie Books List,Independent Publisher [IPPY] 2013 Gold Medal, Best Adult Fiction Ebook)and "Crystal Ships" (released 22 Nov. 2013). Born in the early 1940s into a farming family who had migrated to rural Colorado from Oklahoma during the Dust Bowl, he traveled east as a young adult to receive degrees from Harvard and Princeton Universities. His writing is enriched from career experiences across America and in some four dozen countries, spanning the Vietnam War era, the subject of Crystal Ships, through the present.

Following years in the Washington, DC area as an international development and transport consultant, with assignments mainly in Asia, Africa, Latin America and the former Soviet Union, Mr Sharp now resides in Charlotte, North Carolina. He is a member of the North Carolina Writer's Network and the Charlotte Writer's Club. While "The Duke Don't Dance" is not autobiographical, Sharp takes advantage of his broad experience to develop the novel's vivid scenes of Thailand during the Vietnam conflict, post-colonial Africa, the Soviet Union and, of course, Washington, DC.

Sharp was the youngest child in a large family with both parents born in 19th century Missouri, their history forming a starting point for "Jacob's Cellar" and "Time Is the Oven," (both published late 2012) tales of rural protagonists in the fringes of the South. The great grandson of three Civil War soldiers (two Union, one Confederate) and another grandfather displaced by the great conflict, Sharp explores the Civil War's impact on ordinary men and women caught up in the war and its aftereffects.

From an interview with Tic Toc Book Reviews (http://wrighton-time.blogspot.com):

On influences: "This may be surprising to most who have read The Duke Don't Dance. While my work has been compared (quite over-the-top) to Henry James, Joseph Heller and Evelyn Waugh, my greatest influence by far actually has been Isabel Allende, particularly her work up through Paula. She greatly informs my treatment of female protagonists and inspires my interest in the evolution of personalities and generations over time."

On writing style: "I always start writing around that initial concept, whether it comes in the beginning, as in Jacob's Cellar, or later in the novel, as in the other two books. The concept provides a time and place anchor that is then elaborated through accurate historical milestones and the emergence of the protagonists interacting within the time frame. The conclusion, driven by the evolution of my characters over the passage of time, is a late development, never the starting point."

"To me, it is important that the protagonists not give a damn about what the reader thinks of them. The characters in a novel should never be pleading to the reader to love them or think they're cool. If protagonists are to seem like real people, they simply can't care that some omniscient narrator is polishing up their image or alter their dialog so that all of the things that one wishes one had said are said. Sometimes that approach tests the reader a bit at the outset until they get into the stream of what's going on. But my protagonists don't care and neither do I. In the end, I think that makes for a better story."

From an Interview with Whitehair365 (www.whitehair365.com):

A typical working day. "I wake up early and turn to writing or related research early and work in concentrated intervals with numerous breaks throughout the day. I change my focus among drafting, editing and research frequently. I can usually find one mode that works for the particular moment in time.

The most powerful challenge in writing. "Impatience with my progress. Writing a novel is a marathon, not a forty yard dash and the hills seem to get higher somewhere around mid-course...Technically, I think it is shifting perspectives between protagonists so that they emerge as different personalities. After experimentation with writing in the first person, I switched to third person. However, rather than being the "omniscient narrator," I want my third person prose to mostly reflect the outlook of the main protagonist in a given situation or that of an identifiable observer at the scene. I'm not always successful, but I want the reader to feel increasingly familiar with each protagonist through both the narration and the direct dialog."

The best thing about being an author. " For old codgers like me, writing The Duke Don't Dance is an opportunity to shock the young, raise the dead and drive the unsuspecting right out of their heads. My novels are pretty much about the past, an irreverent contribution to social archeology, so I do enjoy feedback from those who have found some preconception shattered or some vague suspicion confirmed." 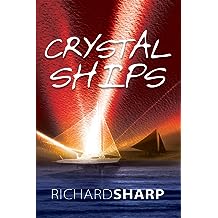 Sharp spins an epic tale that starts back in the heady days of the Kennedy administration, when Camelot appeared as a shining beacon of hope for all Americans.

But as the years tick on, riots, assassinations, drugs, gender conflicts, and the Vietnam War come crashing into the country’s consciousness.

Through it all, seven very different individuals live out their lives against the backdrop of these monumental events, unwittingly encapsulating the spirit of the time. From a youthful striver from Boston’s Irish working class inspired by JFK, a Harvard-educated, would-be poet of the drug culture, and a dedicated Vietnam War volunteer, to an abused aspiring dancer and her repressed girlfriend, a conflicted housewife-career woman and a South African exchange student following the American dream—each individual carries the burden of the times.

A companion piece to Sharp’s prize-winning novel, The Duke Don’t Dance, the newly released Crystal Ships ultimately stands as a novel for its generation that is simply breathtaking in scope.
Read more
Other Formats: Paperback 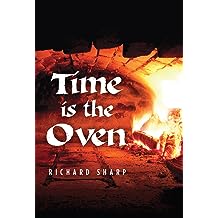 Time is the Oven Dec 27, 2012
by Richard Sharp
( 7 )
$4.99
Time is the Oven is a kind of anti-Western romp, following the adventures of a young man (a boy in Jacob’s Cellar) beginning in post-Civil War Missouri. There he meets the legendary Jesse James and is singularly unimpressed, but comes to see his older brother as a sort of mentor.

Pursuing a difficult romantic relationship with a “sporting lady” aspiring to become an actress, he meets only disappointment, marries a respectable woman and seeks unsuccessfully to return to the rural life of his youth. Following a family tragedy and estrangement from his wife, he undertakes an odyssey to Panama during the failed French canal project, eventually returning, definitely older and arguably wiser, to Missouri for unanticipated reunions at the novel’s dramatic conclusion. Although in some respects a sequel to Jacob’s Cellar, the novel is a stand-alone romance inspired by Frank Jame’s love of Shakespeare, with a plot reminiscent of “A Winter’s Tale.“
Read more 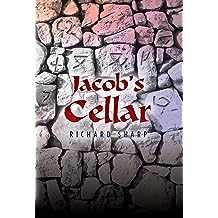 Jacob's Cellar Nov 13, 2012
by Richard G Sharp
( 10 )
$4.99
"Jacob's Cellar" traces four generations of assimilation of a German-speaking immigrant family into American life. The tale begins with a retelling of a family story of the long-forgotten "War of the Regulation," a rural North Carolina precurser to the Revolutionary War culminating in 1771, in which farmers took up arms against corrupt colonial officials and were put down decisively in the so-called Battle of Alamance.The family leaves North Carolina as refugees from that conflict, moving west to lawless Tennessee and eventually further west to Missouri. There, their descendants are caught up in the Mexican War (1846-48) for which Missourians provided many of the American troops. A decade later those troops would be the core of the ill-fated Missouri State Guard that would be converted to the Missouri component of the Confederate Army and be decimated in the Civil War. The novel concerns the experience of ordinary rural Americans caught on the wrong side of history in most respects, participants in a journey leading to the disintegration of old cultural identities and assimilation into the larger society. Their individual triumphs and tragedies are tales of survival through these overwhelming events.
Read more 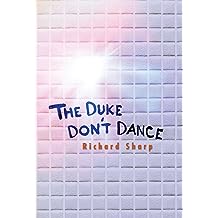 The Duke Don't Dance Feb 16, 2012
by Richard Sharp
( 21 )
$4.99
Compressed between the Greatest Generation and the Baby Boom were those who became known to some by the ill-chosen name of the Silent Generation. They were those born too late to share in the triumph of the great victory, too early to know only the privilege of the American empire and in too few numbers to assure themselves a proper identity and proper legacy. Despite those attributes, they invented rock and roll, filled the streets in the struggle for racial equality, bled in the heated precipitates of the cold war and opened the doors to the sexual revolution and feminism, her serious-minded sister. Their triumph lay not in their completion of these transitions, but in their survival through them. The Duke Don’t Dance follows the adult lives of men and women who made that journey.
Read more
Other Formats: Paperback