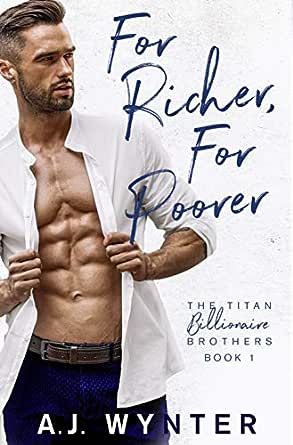 You've subscribed to The Titan Billionaire Brothers! We will preorder your items within 24 hours of when they become available. When new books are released, we'll charge your default payment method for the lowest price available during the pre-order period.
Update your device or payment method, cancel individual pre-orders or your subscription at
Your Memberships & Subscriptions
There was an error. We were unable to process your subscription due to an error. Please refresh and try again. 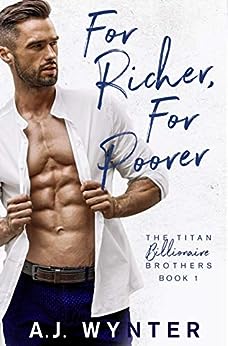 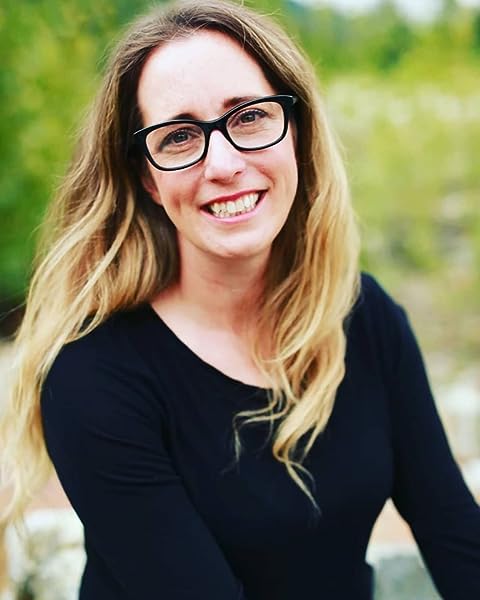 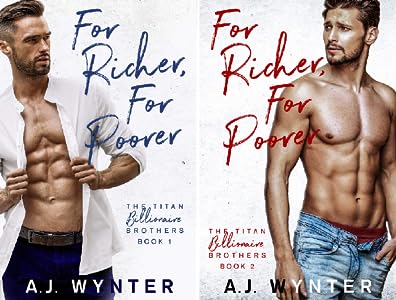 4.6 out of 5 stars
4.6 out of 5
35 customer ratings
How does Amazon calculate star ratings?
Amazon calculates a product’s star ratings based on a machine learned model instead of a raw data average. The model takes into account factors including the age of a rating, whether the ratings are from verified purchasers, and factors that establish reviewer trustworthiness.
Top Reviews

Jennifer Soppe
4.0 out of 5 stars A lovely fake marriage romance read
Reviewed in the United States on November 14, 2019
Verified Purchase
Sadie, a journalist, goes to work as a personal assistant to Liam, president of Titan Industries and past friend, at the request of his grandmother after leaving her job. As the story progresses an addition to their group sparks a change, a curveball is thrown into the mix, and finding the truth is the only way to heal. A.J. Wynter’s For Richer For Poorer is a lovely fake marriage romance read. A cast of loveable and relatable characters carries this book all over the place always circling back to the choices of love and happiness over money.

I received a free copy of the book from the author. I had the opportunity to review or not.
Read more
Helpful
Comment Report abuse

Book 1 of 2. If this were a movie it would probably be rated PG-13. Good story and character development over all. Older woman/younger man romance with a HEA.

Yellow bookworm
3.0 out of 5 stars Mixed feelings about this one
Reviewed in the United States on November 18, 2019
I've been struggling with this review because I have read other books from A.J. and liked them a lot. Her books are well-written, with strong characters and entertaining stories. In her Chance Rapids series, I liked all of her leading ladies and men very much, each book being fun, sexy and heartwarming. This book, however, was not my favourite but I suggest you read it to see for yourself because other reviewers loved it. But I will definitely be reading the next book because I did like the end and I very much want to read the brother's story.

I have to admit that I didn't warm to Liam at all really. I thought he was a typical rich ar$ehole, coasting in his job, taking his opulent lifestyle for granted, losing all his inheritance, and bed-hopping like it's going out of fashion. He expected Sadie to basically act as his mother, getting him up, taking care of him, corralling him into line, and all the while he was carrying on as if that was okay and not, basically, a bit icky, to put it bluntly.
I loved Sadie as a character but I wish she had held him to account more. I liked that she was the only one who could give him a piece of her mind but I feel that she should have pushed him to grow up and behave like a adult. He was supposed to be running a massive empire. He was not a kid but they both behaved as though he was.
The only time I warmed to Liam was at the end when he had lost weight and was obviously unhappy because Sadie had left him. It took him long enough to realise exactly what he had and I took a certain perverse pleasure in his unhappiness.
There was mention of Liam's brother, Chase, in this book. There is mystery surrounding him and the next book in the duet will introduce him. I am definitely looking forward to meeting him because I get the impression he and Liam are very different, and I want to know what happened in the past that made him leave.
Read more
One person found this helpful
Helpful
Comment Report abuse

julianne
5.0 out of 5 stars For Richer, For Poorer
Reviewed in the United States on December 17, 2019
i read this book as part of an arc program. This is the first book in the Titan Billionaire Brothers series. In this book, Liam is a billionaire playboy he is the CEO of the family business but his grandmother really runs things. Liam's title is in name only and he really doesn't care about the company, only partying and having a good time. Liam's grandmother hired Sadie to be Liam's personal assistant and to try and get him to grow up. Sadie's family worked for Liam's family for years and Liam grew up with a crush on Sadie. Sadie is older than Liam and is getting tired of trying to straighten him out. When Liam's grandmother dies, the will states Liam must get married to keep the company, so he asks Sadie to marry him to get the company, then they can divorce, but things don't go as simply as they planned. I liked this first book. I liked Liam, even if he was immature. I think Liam grew up a lot and he realized what was important. Sadie cared for Liam and i think she was scared he was going to hurt her. I look forward to reading the next book.
Read more
Helpful
Comment Report abuse

Kaye (Please Don't Plagiarize My Reviews)
TOP 500 REVIEWER
5.0 out of 5 stars ONE WILD ROLLERCOASTER RIDE!!!
Reviewed in the United States on November 14, 2019
One exciting treat! Wynter's hits pay dirt, upping the ante and mastering the game, balancing on the razors edge fusing this bad boy together fluidly. Twixt and twined and put through the wringer with a plethora of stunning events that bring this baby roaring to life flawlessly. The drama, intrigue, uncertainty, distress, flirty, fun, deceptive, turmoil, lies, suspense and intrigue launch this bad boy into a tailspin with astonishing impacts. Jumping hoops, hurdling the trials and tribulations that tests our characters in ways they never saw coming. The chemistry is intense, sizzling and explosive. The characters and their on point personalities are authentic and realistic with depth and qualities make it easy to relate. Strong and solid individuals who balance out and play off one another perfectly. The scenes are so graphically detailed with such colorful descriptions to give you a full understanding and realism that flows smoothly from each scenario. Fantastic job Wynter, thanks for sharing this incredible jewel with us.

I am voluntarily posting an honest review after reading an Advance Reader Copy of this story.
Read more
Helpful
Comment Report abuse

Cfoster00
5.0 out of 5 stars A truly fantastic book!
Reviewed in the United States on November 24, 2019
Oh what a wonderful enjoyable read! From the very beginning I thought the characters and storyline was interesting but as I got a few chapters in I was absolutely intrigued with Liam and Sadie as their childhood friendship evolved. What started out to be pretend, neither expected would grow into the HEA only one dreams about! The chemistry between these two friends was already amazing, but when feelings and sexual tension suddenly exploded leading to pleasure neither expected it totally turned the chemistry to a entirely new off the charts level! I absolutely loved everything about this book and definitely recommend it to anyone looking for a sweet hot read! I can’t wait to find out what happens to Liam’s brother in the next book!
Read more
Helpful
Comment Report abuse
See all reviews from the United States