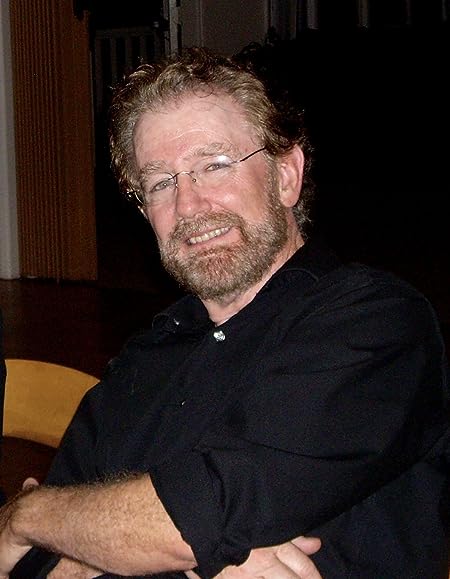 Richter Watkins is an essayist and bestselling thriller writer. He's a Vietnam veteran and a political pundit who earned a degree in political sociology from San Jose State. He also holds a MFA from the American Film Institute. 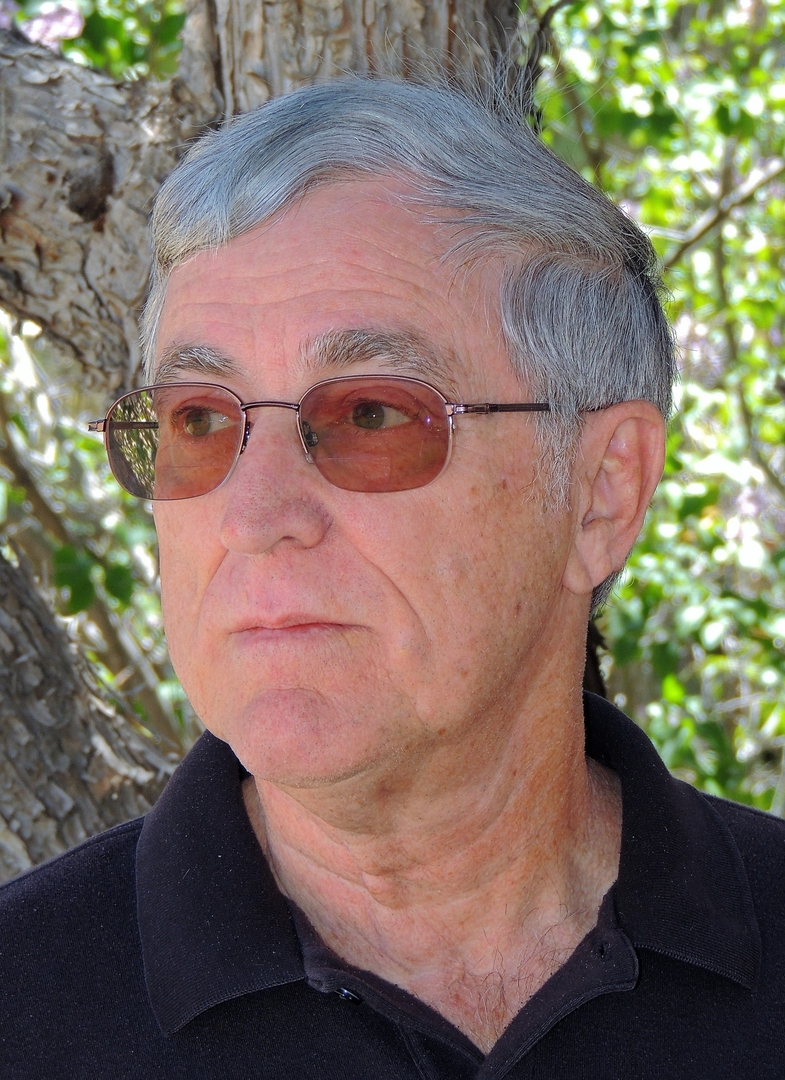 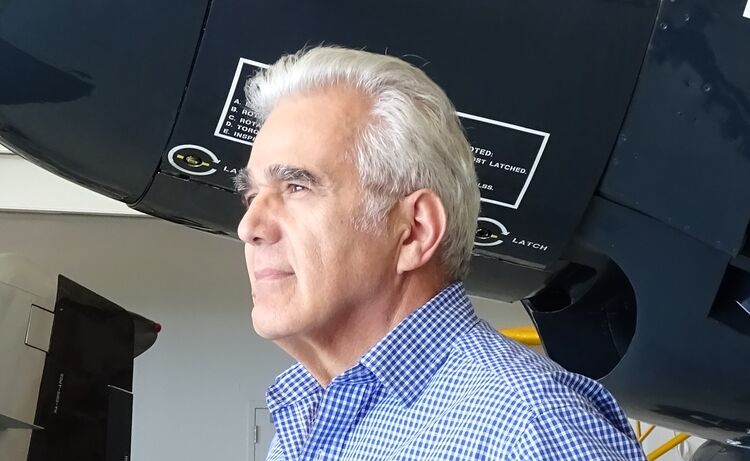 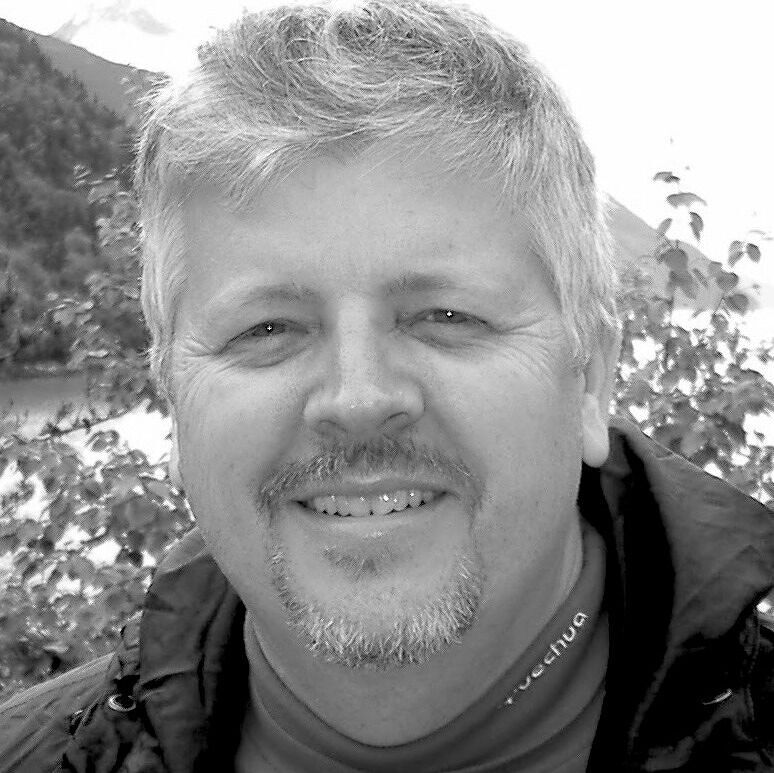 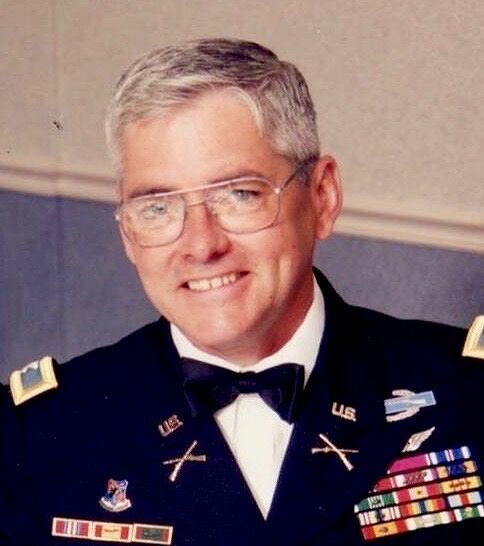 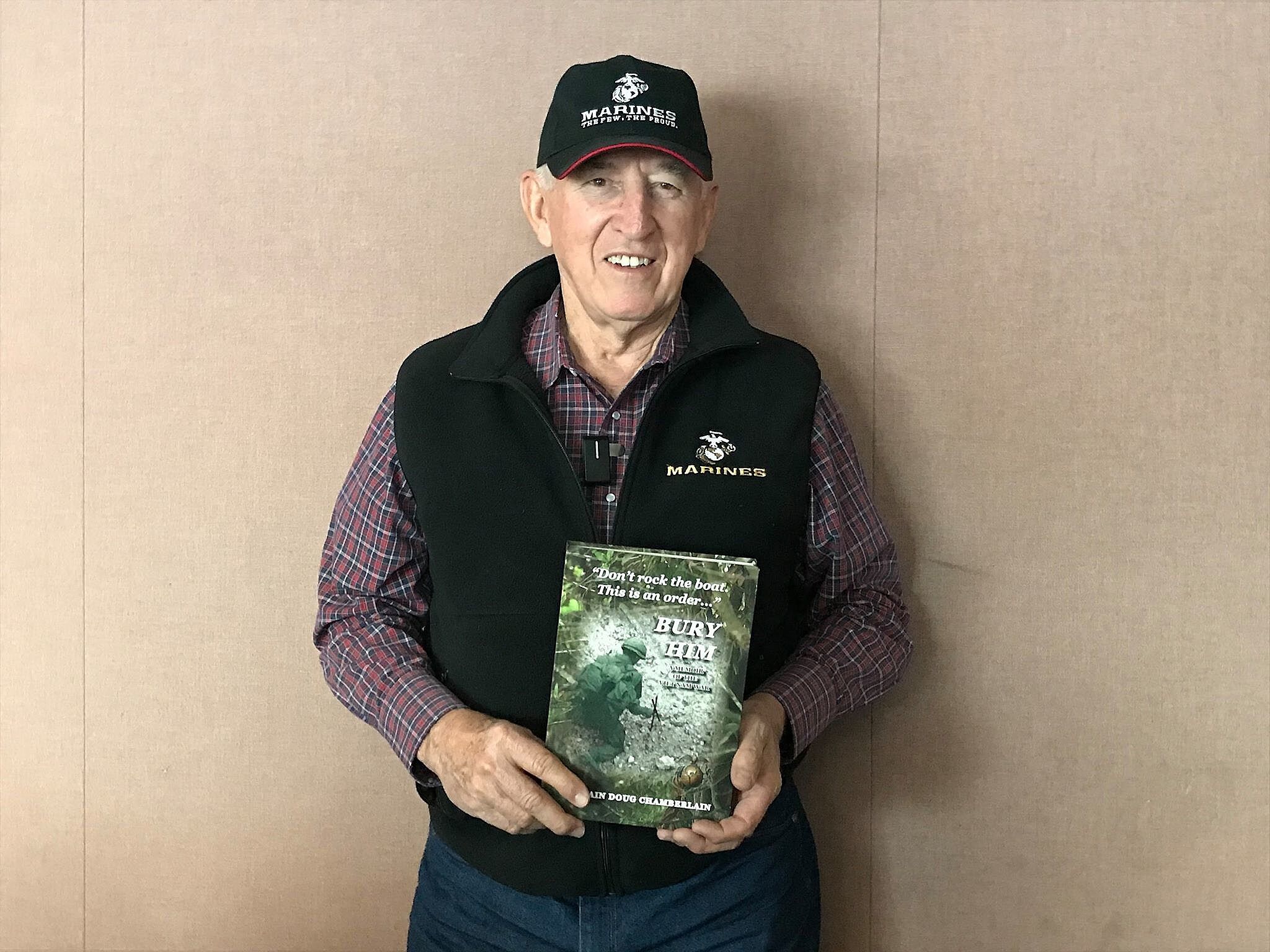 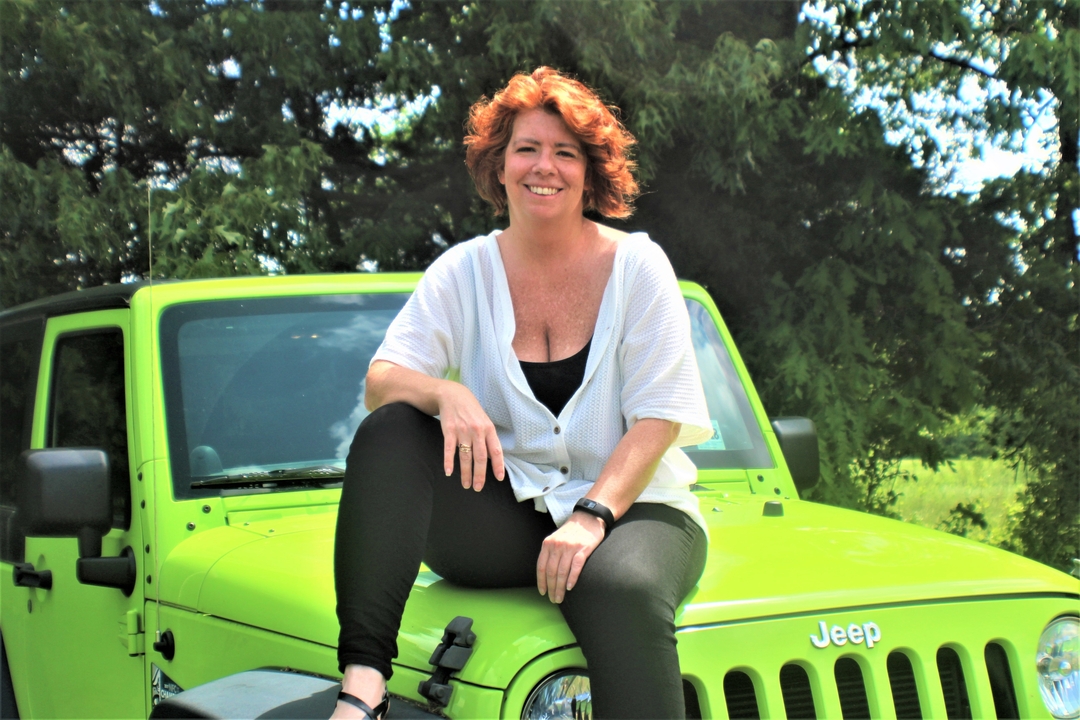 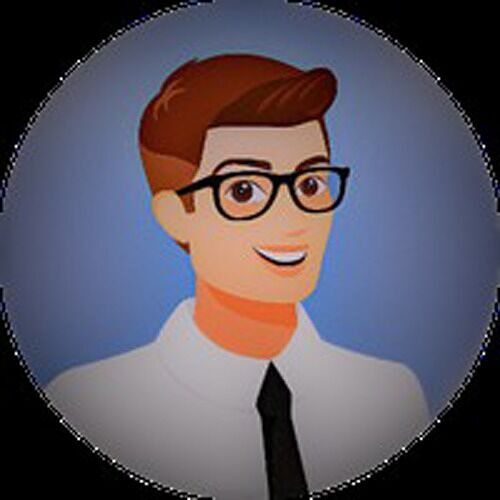 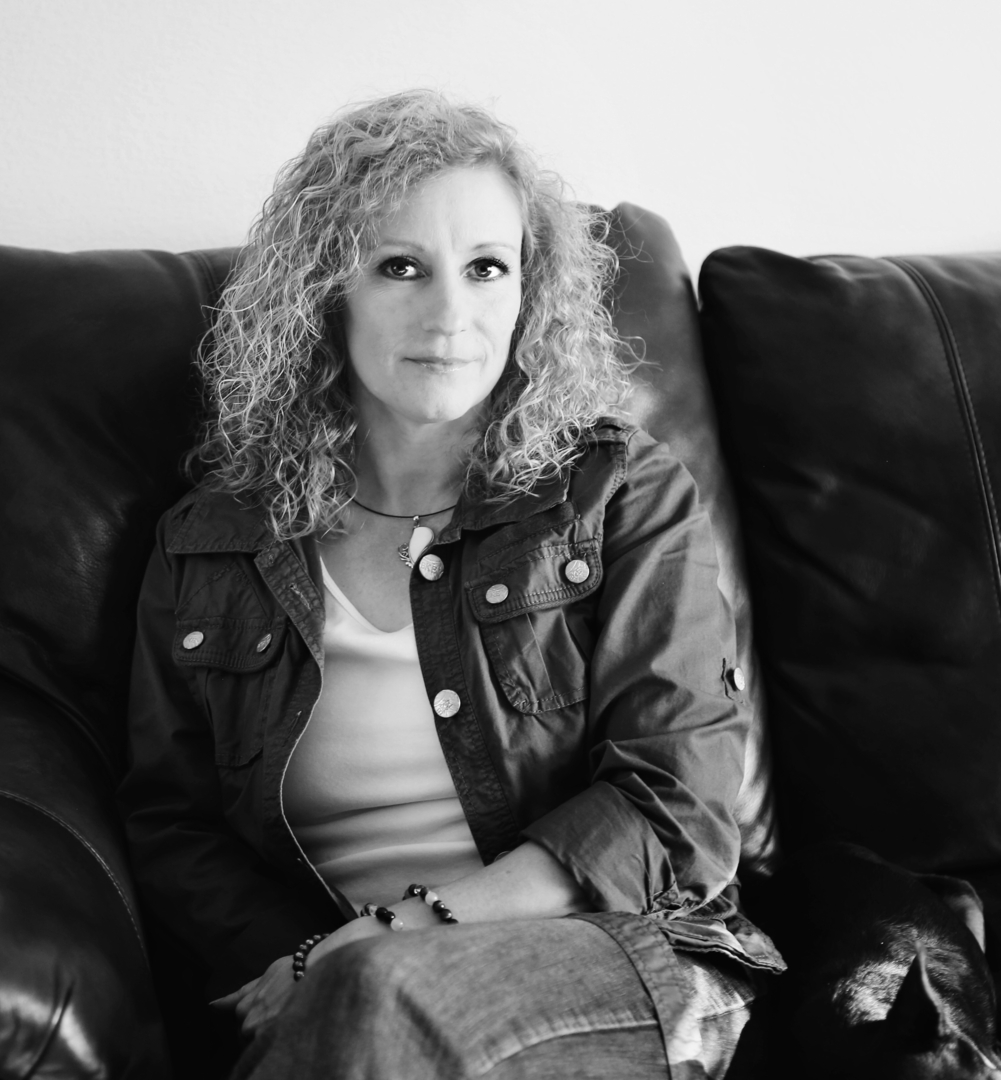 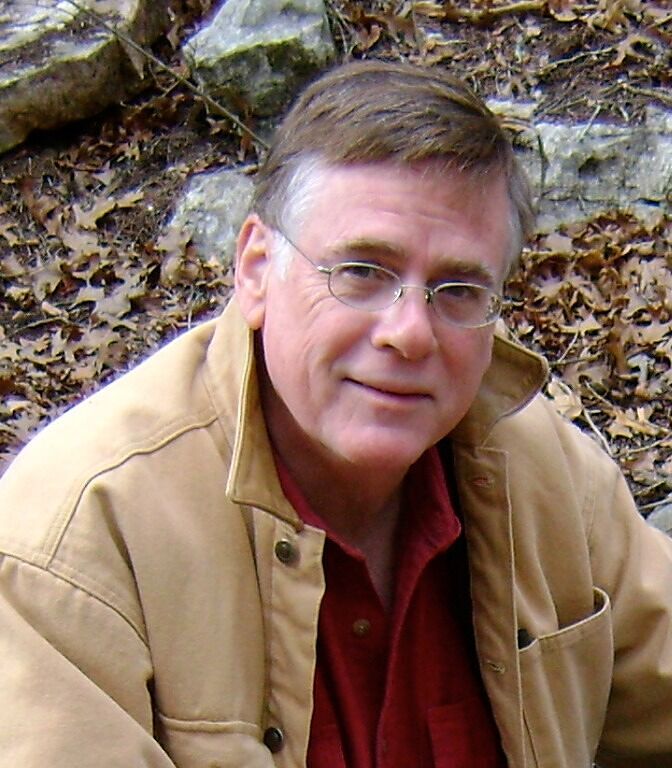 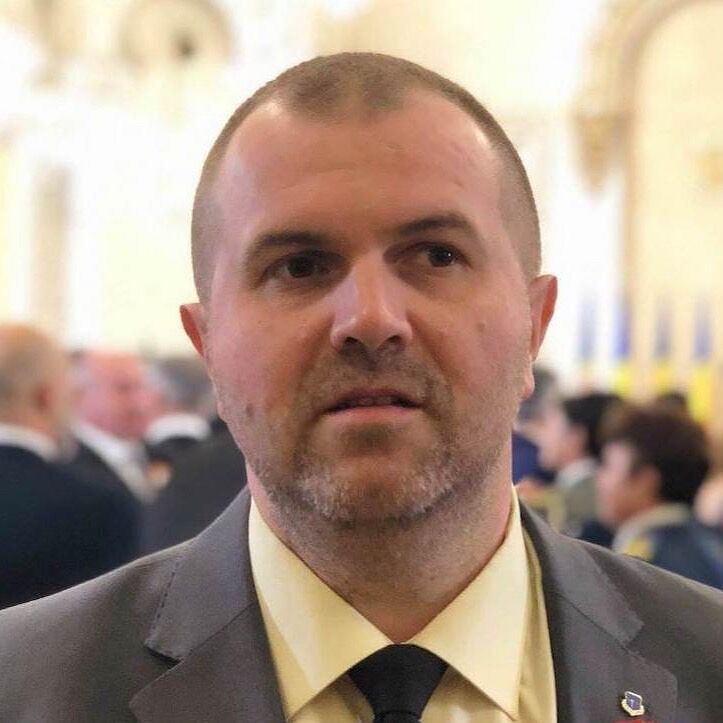 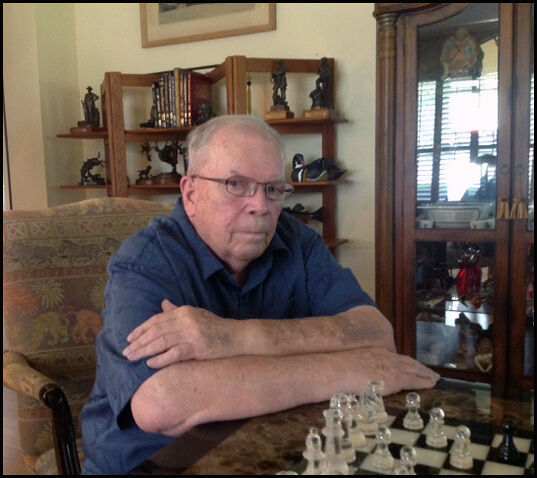 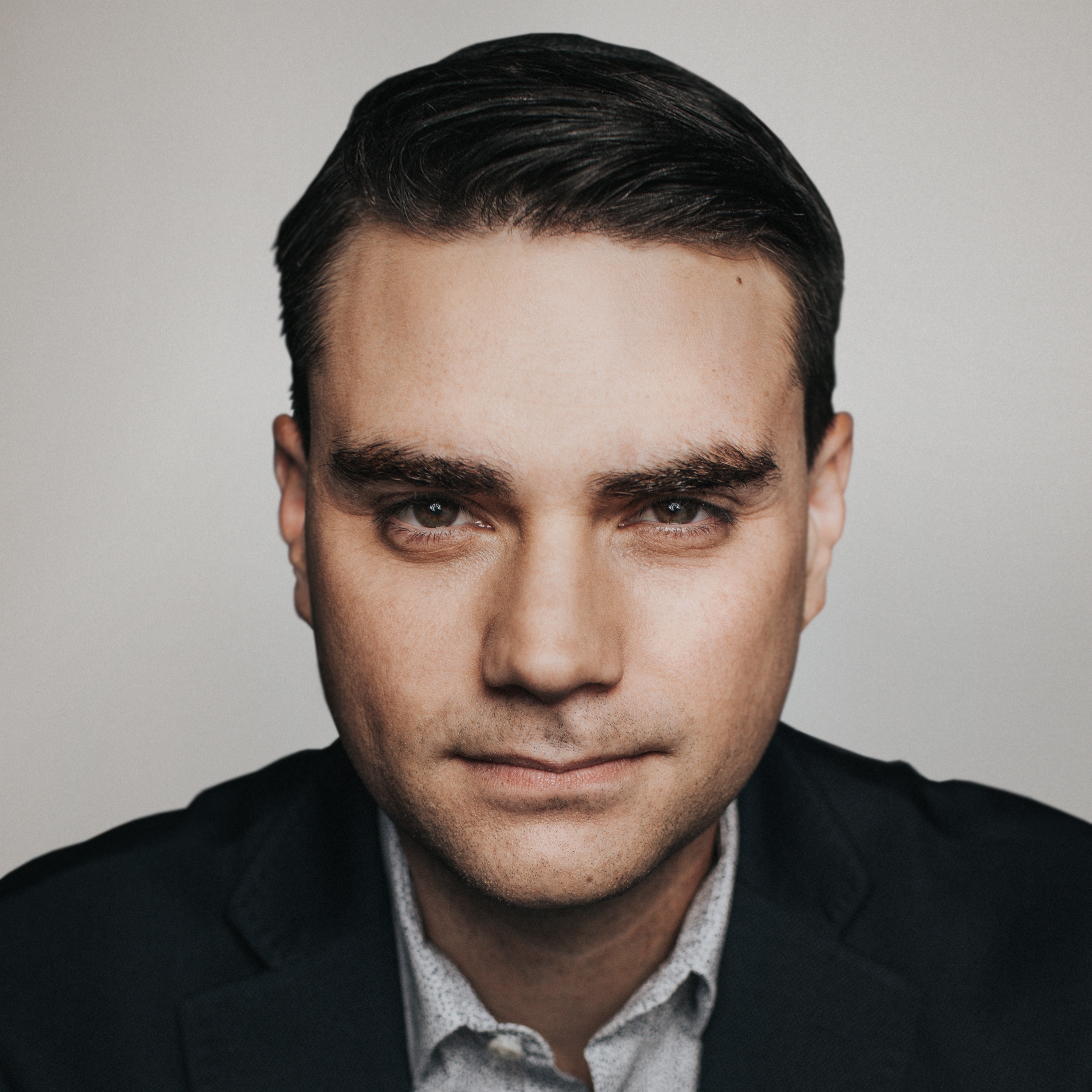 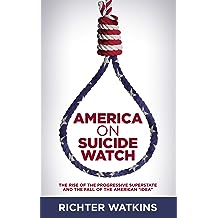 America On Suicide Watch: The Rise Of The Progressive Superstate And The Fall Of The American “Idea” May 25, 2016
by Richter Watkins
( 52 )
$3.99
AMERICA ON SUICIDE WATCH describes the self-inflicted wounds that destroy great nations.

Watkins’ eye-opening revelations shed light on how the radical left is systematically destroying the American ‘idea’. He advocates a national resurgence of the fundamental American values and a rebellion against the corrupt Washington establishment oligarchy. It may be our last opportunity to save everything we have fought for throughout our history.

America On Suicide Watch is an ‘I’m mad as hell’ anti-establishment wakeup call. From our near fatal birth at Plymouth Rock to our historic battles against slavery, Nazism and Communism he reveals who we are and what our current battle for survival demands of us. It's time to return America to its innate greatness and stop bowing to the progressive agenda.
Read more
Other Formats: Paperback 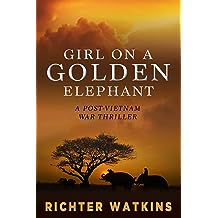 Girl On The Golden Elephant: A Post-Vietnam War Thriller Nov 28, 2012
by Richter Watkins
( 110 )
$3.99
Kiera Hunter, an adrenaline junkie war correspondent, and Porter Vale, the last of a dying breed of Bone Hunters team up to locate the downed last CIA plane to escape Saigon in April of 1975.

Onboard are documents some men would kill for, and a priceless icon that some women would die for.

Kiera’s grandfather never intended for her to go after his missing plane. It was much too dangerous, and not because of its location, but because of the people who have kept that plane missing for so many years.

He purposely rarely spoke about his time in Nam, but when Kiera learns the truth about that plane’s contents and its exact location through his journals, she realizes her destiny will be forevermore tied to her grandfather’s worst nightmare and she has no choice but to find that downed plane, no matter the personal cost. 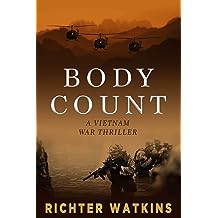 In the midst of a deteriorating war in 1967 a senior CIA operative seeking to rearm the Mekong Delta’s anti-communist Buddhists in the hopes of transforming a failing military strategy is killed under mysterious circumstances.

This changes everything for Navy Commander Michael Teague who was about to work with the Buddhists who’d been disarmed over a decade ago by Saigon.

Within hours of the death of the CIA operative, Teague is recruited to lead the clandestine mission, code named The Third Force, knowing the secret operation to rearm the Buddhists is opposed by Saigon and MACV. By taking the assignment he accepts that it could cost him his career and might well trigger a major, bloody war-within-the-war in the jungles of the Mekong Delta.

With the support of the powerful young female Buddhist leader, Thi Xam, the operation grows and spreads. Its success triggers an explosive conflict between the CIA backed Buddhists and Saigon’s Special Forces who are supported by the American military command led by Colonel Stennride, to put an end to the Buddhist rebellion and continue with a strategy of body count.
Read more
Other Formats: Paperback 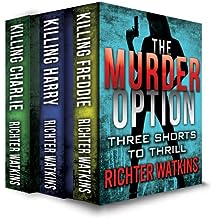 The Murder Option (The Murder Option Boxset Book 1) Jun 9, 2013
by Richter Watkins
( 121 )
$0.99
KILLING CHARLIE: An abusive, ex-husband has killed a woman's fiancé and threatens to kill her as well. She can run and hide, seek out a protector, or she can decide on the murder option.

KILLING FREDDIE: A former friend surfaces with a video taken at a wild college party that two men have tried to forget about. The friend demands cash or he’ll go public with the video which will certainly send them to prison. Scared over the consequences, the two men plot a murder but sometimes murder doesn't follow a preconceived plan.

KILLING HARRY: When a sociopath has gotten away with kidnapping, torturing and killing a young girl, a distraught mother seeks justice the one way she knows she can succeed.
Read more
Other Formats: Paperback 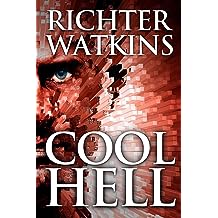 Cool Hell: A Marco Cruz Novel (The Cool Series, Mystery, Action, Thriller Book 4) Jan 14, 2018
by Richter Watkins
$4.99
ONE OF THE HARDEST-HITTING VOICES IN THE ACTION THRILLER GENRE:
Richter Watkins is back with the continuation of his celebrated Cool Series, where he skillfully blends non-stop action, romance, and high-stakes drama to keep you reading well into the night. You don’t want to miss out on what readers describe as gripping, a real page-turner, and filled with wild, crazy action! JUST 99 CENTS FOR A VERY LIMITED TIME.

When elite veteran solders who suffered major PTSD and devastating physical injuries go missing along with the brilliant neurosurgeon who treated them, ex-special operator Marco Cruz and former DA investigator Sydney Jesup attempt to track them down only to find themselves targeted by death squads.

In the midst of the biggest and most violent internal crisis in America since the Civil War, there is no room for error when facing democracy's ultimate enemy, a military cabal led by the most dangerous and powerful man in the country who believes only martial law will crush the enemies of social order.

Tracking the missing soldiers and the surgeon into LA draws Marco and Sydney into a city in extreme chaos, and they soon discover that many of the soldiers were not only colleagues of Marco's, but have become experiments in a secret advanced medical facility for traumatic brain injuries.

The war has come home and for Marco and Sydney, it's now personal.
Read more 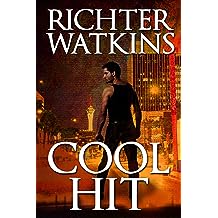 Cool Hit: A Marco Cruz Novel (The Cool Series, Mystery, Action, Thriller Book 2) Aug 31, 2017
by Richter Watkins
( 7 )
$4.99
ONE OF THE HARDEST-HITTING VOICES IN THE ACTION THRILLER GENRE:
Richter Watkins is back with the continuation of his celebrated Cool Series, where he skillfully blends non-stop action, romance, and high-stakes drama to keep you reading well into the night. You don’t want to miss out on what readers describe as gripping, a real page-turner, and filled with wild, crazy action!

Marco Cruz and Sydney Jessup celebrate the death of a professional killer who specialized in orchestrating ‘suicides’, until bodies begin piling up in Vegas. Now the hunt is back on, but this time it is much deadlier. The professional killer has a team of former convicts who need him as much as he needs them to get his revenge. Marco and Sydney work together once again to eradicate the killer, and this time they won’t give up until either he’s dead or they are.
Read more
Other Formats: Paperback 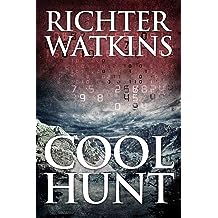 Cool Hunt: A Marco Cruz Novel (The Cool Series, Mystery, Action, Thriller Book 3) Aug 31, 2017
by Richter Watkins
( 1 )
$4.99
ONE OF THE HARDEST-HITTING VOICES IN THE ACTION THRILLER GENRE:
Richter Watkins is back with the continuation of his celebrated Cool Series, where he skillfully blends non-stop action, romance, and high-stakes drama to keep you reading well into the night. You don’t want to miss out on what readers describe as gripping, a real page-turner, and filled with wild, crazy action!

When a plane filled with dangerous jihadist prisoners crashes in the frozen mountains near Afghanistan, their escape will unleash one of the greatest manhunts in CIA history. The last thing Special Ops team leader Marco Cruz expected was to come under deadly fire from escaped prisoners.

Now, Marco and his team must find one of the foremost masterminds in the global jihad, who not only has in his possession CIA files and video from an interrogation ‘black site’ that was never shutdown, but also Sidney Jessup. Marco must put his own life on the line to save the one woman he would willingly die for . . . and nothing will stand in his way until she’s back by his side.
Read more 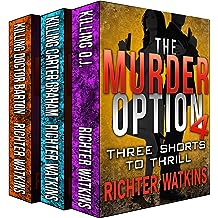 Murder in pursuit of justice is a dark and dangerous road fraught with unexpected consequences.
KILLING OJ: Will Lynn Womack resort to murder to save his relationship with his daughter and stop the threat to his law firm?
KILLING CARTER GRAHAM: Katie Moore is determined to kill the sexual predator who ruined her life, but her quest is interrupted when she's kidnapped by men with their own agenda.
KILLING DOCTOR BARTON: When Danny Mottola's wife dies in his arms after a long battle with cancer he decides to join her. But on the day he intends to end his life a shocking revelation changes everything.
Read more 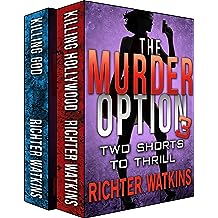 Killing Hollywood
Matt Daniels walks out of prison exonerated for a murder he didn't commit, but the former screenwriter wants his pound of flesh, until he’s offered the opportunity of a lifetime. Now he must choose between revenge or a Hollywood blockbuster.

Killing God
Twenty-three years ago Madeline Perotti wanted Dickey Bernardo to make love to her. Now she wants him to kill for her. 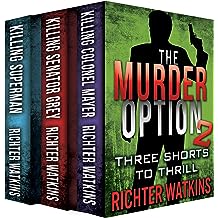 Killing Colonel Mayer: The rape of an American female soldier while on duty in Afghanistan, and lack of response by her commanding officer, drove her to near suicide and destroyed her life until the day she decided to take her revenge.

Killing Senator Grey: Two men with ruined, alcohol-ravaged lives embark on a journey to do one good deed before they die.

Killing Superman: When big money moves into a distressed community and threatens to destroy a family ranch, it forces a reunion between estranged brothers who commit themselves to saving the ranch at any cost.
Read more 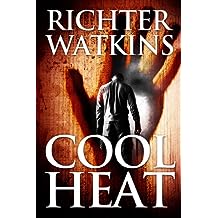 Cool Heat: A Marco Cruz Novel (The Cool Series, Mystery, Action, Thriller Book 1) Jul 12, 2013
by Richter Watkins
( 222 )
$3.99
ONE OF THE HARDEST-HITTING VOICES IN THE ACTION THRILLER GENRE:
Richter Watkins is back with the continuation of his celebrated Cool Series, where he skillfully blends non-stop action, romance, and high-stakes drama to keep you reading well into the night. You don’t want to miss out on what readers describe as gripping, a real page-turner, and filled with wild, crazy action!

The former DA’s investigator is on a one-woman crusade against the most powerful and dangerous mogul in the Lake Tahoe Sierras. Her crusade will propel her into a deadly underground battle involving a former border patrol agent who can't seem to resist her, a highly imaginative hit man, and a brilliant prostitute with revenge on her mind.
Read more
Other Formats: Paperback 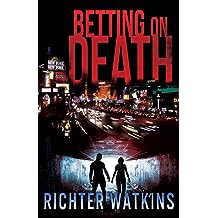 Betting On Death May 9, 2013
by Richter Watkins
( 10 )
$2.99
BETTING ON DEATH a crime thriller
PRAISE FOR  Betting on Death
"The deadly game beneath the Neon is one even Dante wouldn't bet on." Barbara West
"Beautifully crafted crime thriller that grabs hold and doesn't let go and forever changes your view
of Las Vegas." A. Martin
Read more