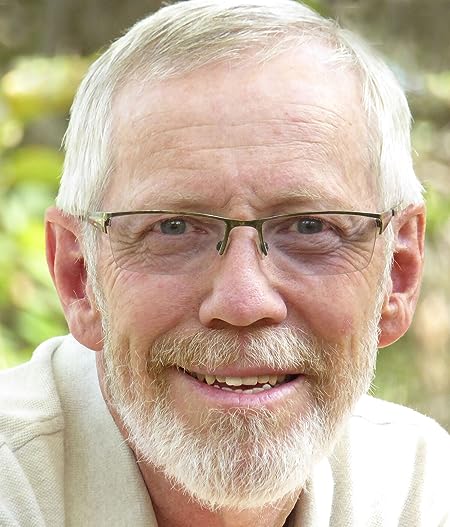 Rick Just is a native Idahoan who grew up on a ranch along the Blackfoot River. His writing includes the daily Idaho history blog Speaking of Idaho, which is available on Facebook.

Anjel is speculative fiction, a genre often enjoyed by readers of fantasy and science fiction. It is about a pre-technological society of female aerial predators with a deep belief in reincarnation. Their faith is shaken when Lasa discovers the secret of their existence.

This young adult novel is about a 14-year-old girl who wants an iPhone for her birthday, but gets an old diary, instead. She hates the diary, until she discovers someone from 100 years ago is writing in it. She finds out the past was a dangerous place that we cannot ignore.

The antagonist of Keeping Private Idaho is Coyote from Native American lore. The legendary trickster likes nothing better than to cause trouble. He plays on the xenophobia of Idahoans who want nothing to change, bringing death and destruction in his wake.

A troubled 14-year-old boy falls through a wormhole and discovers himself on a planet where magic rules. He is mistaken for a wizard, just because he wears a hoodie. In order to return to earth he must steal the eyes of a dragon.

A 14-year-old girl is struggling to keep her belief in her father's story of his adventures on another planet when she is confronted by a creature from Kimyra in her own bedroom. The creature is seeking her father, but she lies and tells him her father is dead so that she can go and have her own adventure. As it turns out, adventuring is difficult, painful and dangerous, and it can trap you on another planet.

Gerald, the hero from Wizard Chase finds out his daughter has reopened a wormhole and gone to a planet called Kimyra. He intends to save her by traveling their one more time. Father and daughter learn that what they thought was magic comes from the abandoned machines of an advanced society.

A Kid's Guide to Boise

What to do if you're visiting Boise. Some surprises, even if you live there.

Fearless--Farris Lind, the Man Behind the Skunk. Lind's Stinker Station signs broke up those monotonous drives across the southern Idaho desert with humor for decades. Though the signs are well known, you may not know how "Fearless Farris" got his nickname, how he acquired the skunk as his company logo, or how he became Idaho's largest petroleum dealer in spite of the fact he was paralyzed from the neck down. 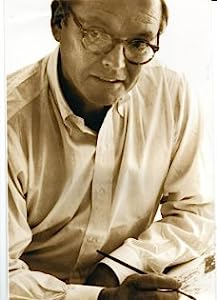 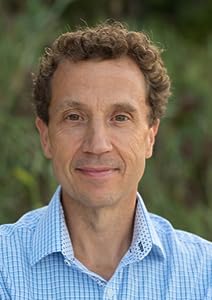 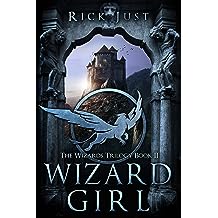 Wizard Girl (Wizards Trilogy Book 2) Mar 5, 2007
by Rick Just
( 13 )
$4.99
Kat believed. She believed in a planet called Kimyra where dragons skimmed the skies and wallacatoons whirled along the ground on three legs. She believed it because her father said his stories were true. Then, when Kat was almost a teenager, she began to doubt it all. That's when the ribek showed up, looking for her dad. Kat wanted her own adventure, so she convinced the alien her dad was dead, but she was just as capable of fighting dragons and wizards as he was. Now she had to prove it.
Read more
Other Formats: Paperback 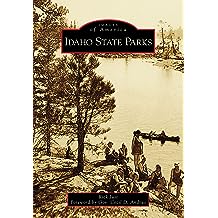 Idaho State Parks (Images of America) May 15, 2017
by Rick Just, Gov. Cecil D. Andrus
( 14 )
$12.99
Idaho's state parks have been called the "jewels" of the Gem State. The story of how those jewels came to be involves political intrigue, much resistance, some philanthropy, and a touch of irony. Sen. Weldon B. Heyburn famously said that state parks were "always a political embarrassment." Idaho's first state park was named after him. Today, Idaho's 30 state parks host five million people a year. Visitors come to boat, camp, bike, climb, hike, fish, and make memories in the great outdoors. This book tells the story of Idaho's diverse state parks--from Priest Lake in Idaho's panhandle to Bear Lake in the southeast corner of the state--through a wealth of historical photographs. A variety of parks are featured, including ones that were lost, found, or never came to fruition.
Read more
Other Formats: Hardcover , Paperback 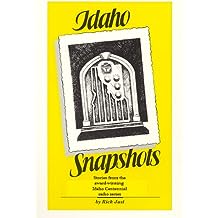 Idaho Snapshots Nov 9, 2012
by Rick Just
( 5 )
$2.99
Informative and entertaining vignettes of Idaho history. The radio program, Idaho Snapshots, was selected as Idaho's official Centennial series. It aired statewide in 1989 and 1990. This book contains about half of the 200 stories aired at that time. Each has been updated, as needed, keeping the tone and spirit of the original series.
Read more
Other Formats: Paperback 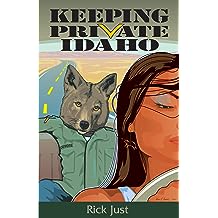 Keeping Private Idaho Jan 20, 2019
by Rick Just
( 7 )
$4.99
Coyote never seems to learn. Yet, he never fails to teach, mostly through the error of his ways. He taught the Nez Perce that they came from the Heart of the Monster. Now, he is teaching modern day Idahoans, they have a monster in their heart.
This is Private Idaho, a place that exists in the minds of accidental natives and territorial pranksters who take out their resentments on tourists and real estate speculators. They are anonymous and deadly.

In this tale of the New West, where the cowboys are women and the Indians wear Rollerblades, be alert for exploding potatoes, the allure of mineshafts and the terrible finesse of chainsaws.
Read more
Other Formats: Kindle , Paperback 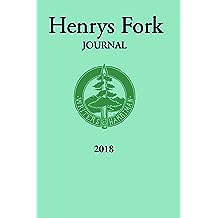 Henrys Fork Journal 2018 Nov 16, 2018
by Rick Just
( 1 )
$2.99
This anthology is a product of Writers at Harriman, a writing workshop for high school students, and an educational program of the Friends of Idaho State Parks. It was held July 29 through August 4, 2018, at Harriman State Park of Idaho.
Read more
Other Formats: Paperback 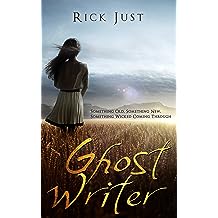 Ghost Writer Oct 2, 2015
by Rick Just
( 14 )
$4.99
Sam expected a new phone for her birthday. Instead, she got an old leather diary that was supposed to be some kind of heirloom. So, she wrote something snarky in it about the really, really great gift and tossed it aside. What was even the point of all those blank pages and no keyboard? Later, she noticed someone else was writing in the diary every day. First, she thought it was her dad, who gave her the awesome gift in the first place. He was playing a trick on her and pretending to be some girl from a hundred years ago. Like she was going to believe that? Then one night she happened to see words forming across the page one letter at a time and the next thing she knew she was standing on top of her bed like rug sharks were circling below and she so had to text Hailey if she could just stop biting her fingers.
Read more
Other Formats: Paperback 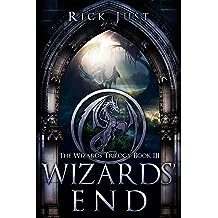 Wizards' End (Wizards Trilogy Book 3) Oct 6, 2012
by Rick Just
( 10 )
$4.99
Trapped! What good is being Grand Wizard of Kimyra if you can never go home again? Kat is determined to get back to Earth. Jarrett is determined to bring her back. But who will rescue whom? The Wizards Trilogy wraps up with a dragon-riding, planet-hopping adventure that brings together all the trekkers in one last struggle for control of Kimyra, and maybe even the galaxy.
Read more
Other Formats: Paperback 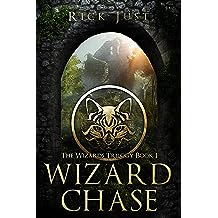 Wizard Chase (The Wizards Trilogy Book 1) Oct 6, 2012
by Rick Just
( 25 )
$3.99
Until he was 13, Gerrald did not know there was a planet called Kimyra. He had not met a walacatoon, a scraler or even a ribek. Then one day he went after a cat in a cave and his life changed forever. The skinny kid was suddenly the leader of alien trekkers on a quest to steal the eyes of a dragon. Had he signed up for this? There were too many weird things to count. The top of the weird list was that everyone insisted on calling him Jarrett. And Jarrett would soon discover there was something more powerful than magic, myth or mysticism—and only he knew its name.
Read more
Other Formats: Paperback 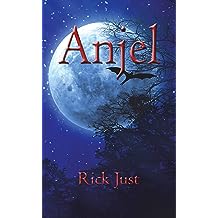 Anjel Jan 20, 2019
by Rick Just
( 3 )
$4.99
Lasa was an amazing flyer, maybe the best of the anjels. She was also an exceptional hunter, which was something she kept secret. Girls were not allowed to hunt. Only women hunted. But Lasa was a girl who defied tradition from the moment she appeared. A gold-colored phlox attached itself to her in such a way that the elders took it as a sign. They made her a Memory Keeper. Then, love drove Lasa into a forbidden place where she would learn the terrible secret of her people.
Read more
Other Formats: Paperback 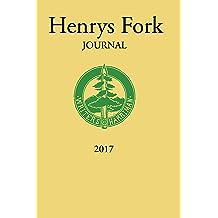 Henrys Fork Journal: 2017 Oct 26, 2018
by Rick Just
$2.99
This anthology is a product of Writers at Harriman, a writing workshop for high school students, and an educational program of the Friends of Idaho State Parks. It was held July 27 through August 5, 2017, at Harriman State Park of Idaho.
Read more
Other Formats: Paperback