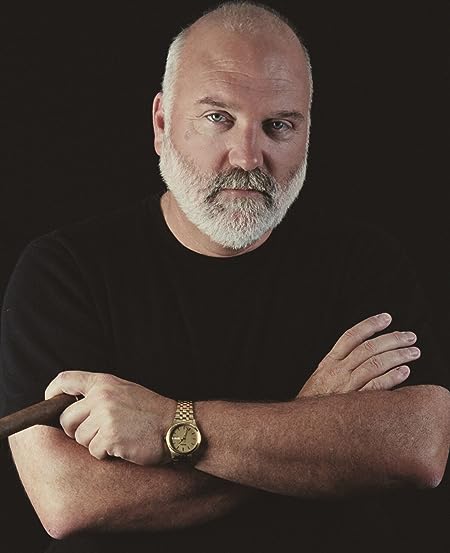 Rick Pullen is an award-winning investigative reporter, magazine editor and novelist who lives in Virginia. He is a member of the FOLIO 100—the 100 most influential people in magazine publishing. He was a finalist for EDITOR OF THE YEAR in 2015 and spent most of his career in Washington, D.C.

Rick is an ardent Parrothead. He likes nothing more than a cold beer, sunshine, sand between his toes and a great Padron cigar.

When he was a kid, Rick wanted to be Perry Mason. He carried the dream to the University of Richmond where he quickly learned clients of defense lawyers weren’t always innocent and lawyers didn’t always win their cases. At about that time, on a whim, he took a journalism course and fell in love. He transferred in the middle of his sophomore year to The University of Tennessee, which had a more comprehensive journalism program. (His mother was apoplectic at the time; concerned her son would become a college dropout.)

But there in Big Orange Country, he discovered investigative reporting. It was the era of Watergate and he was hooked. Who needed the law, he figured, when an investigative reporter could be judge, jury and prosecutor. He found his calling and his mother could breath easier knowing her son would hit the streets with a press pass rather than a tin cup.

He built a career as a hard-charging investigative reporter. Later, his creative side called and he became a magazine editor. He loves layout and design and molding a good story. He has started two award-winning magazines and edited a third. In all, he has won nearly 100 awards during his career for his reporting, editing and magazine design.

He started writing fiction in 2011. NAKED AMBITION, published in MAY 2016, was the first in his "Naked City Series" of thrillers and immediately became a bestseller. NAKED TRUTH, a sequel, was released in SEPTEMBER 2018.

Volume one of THE APPRENTICE, a fast-paced serial about a rookie reporter thrust into the Washington political nightmare, was released in DECEMBER 2017.

HE IS CURRENTLY WORKING ON HIS FOURTH NOVEL.

Rick is a member of the International Thriller Writers, Mystery Writers of America, The Author's Guild, the Southwest Florida Press Club, and the National Press Club, where he can still be found on occasion at the bar downing an Amstel Light or something stronger. 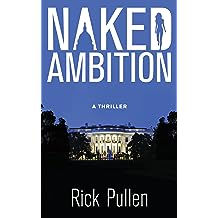 Naked Ambition Jan 6, 2022
by Rick Pullen
( 351 )
$4.99
When newspaper reporter Beck Rikki receives an unsolicited call from a high-ranking government official sending him off to investigate a candidate for President of the United States, he doesn’t realize he’s stumbled onto the story of a lifetime. As he digs deeper, he follows a trail of murder, bribery, infidelity and deceit that runs from Canada to the Caribbean—but all signs point to the White House. Beck finds nothing is quite as it appears—not his sources, not his curious new love interest and especially not the story he’s pursuing. In the confusion, he suspects the motives of everyone—including his new love. He must figure out the truth or forces waiting in the wings will covertly grab the reins of power and take over the government. For the first time in his career, Beck may have stumbled onto a story too dangerous to handle—but too important to walk away from. And with only days before the election, just when he thinks he’s solved the puzzle, he realizes he hasn’t.
Read more
Other Formats: Paperback 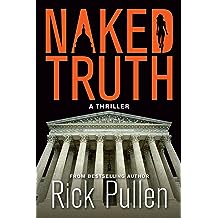 Naked Truth: A Thriller May 17, 2022
by Rick Pullen
( 1 )
$5.99
When the chief justice of the United States is found dead in his room at a private Texas retreat after entertaining a hooker the night before, the political world quickly closes ranks. That’s until they realize the jurist had invited ex-newspaper reporter Beck Rikki there for a conversation the next morning. Then the real coverup begins.

What was the chief justice up to? What does Rikki know? While unaware of the sleight-of-hand diverting his efforts, Rikki attempts to peel back the layers of lies, struggling to find the truth. He senses he is always being watched and always a step behind—naked and fully exposed. 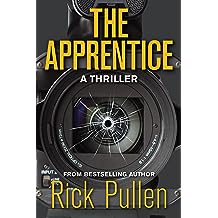 The Apprentice Apr 27, 2018
by Rick Pullen
( 38 )
$2.99
Tish Woodward is a rookie newspaper reporter covering City Hall for the Washington Post-Examiner when she is suddenly thrust into the national spotlight. She rides a wave of success investigating a horrific crime while always fearing her sudden rise is just dumb luck. She dreads the world will wake up and realize she lacks the depth and experience to now take on President-Elect Derrick Templeton, a billionaire oil and real estate baron with no political experience. Tish navigates the labyrinth of Washington’s political world getting ever closer to the truth, yet she doesn’t know whom to trust. This is Washington, of course, where motives are always suspect and allegiances change like the weather—all in pursuit of raw power. She has taken on the most powerful and vengeful man who has ever occupied the White House—and he now has his sights set on her.
Read more
Other Formats: Paperback