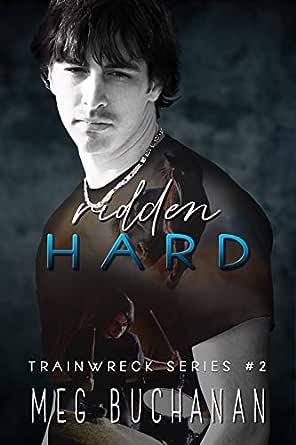 You've subscribed to Train Wreck! We will preorder your items within 24 hours of when they become available. When new books are released, we'll charge your default payment method for the lowest price available during the pre-order period.
Update your device or payment method, cancel individual pre-orders or your subscription at
Your Memberships & Subscriptions
There was an error. We were unable to process your subscription due to an error. Please refresh and try again. 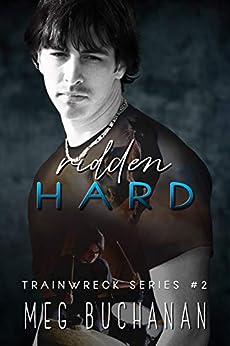 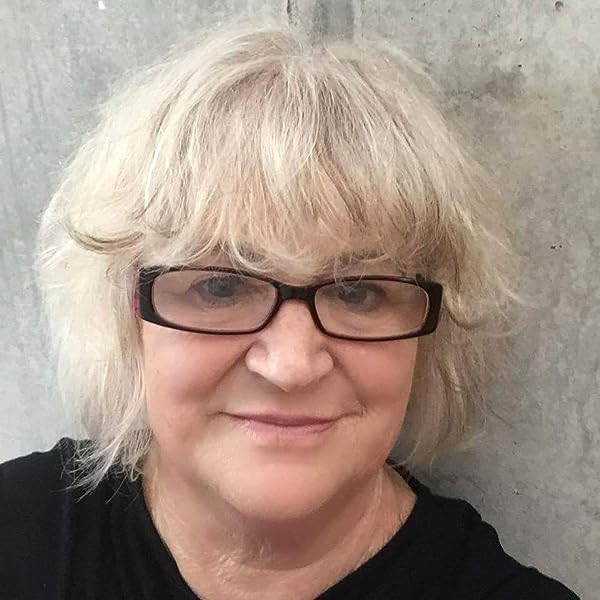 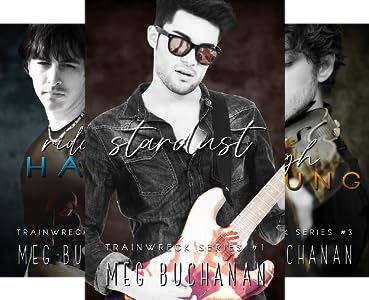 P Gerard
4.0 out of 5 stars A good read
Reviewed in the United States on June 2, 2020
I voluntarily reviewed this book after receiving a free copy but my opinion is my own. After reading the first in the Trainwreck Series, I liked the writing style better. Instead of switching between all band members this book focuses mainly on Milly and Cole.

It's still uncertain whom is behind their break up two years prior, they reconnect fairly quickly. Cole is excited about given the opportunity to learn to be race manager from Milly's dad. He does well with his first race. Unfortunately, Milly is headed back to England with her mom to give racing a true shot. This means Cole and Milly will be apart for another year. I wonder if they can handle the long distance relationship or will someone get in the way again. It was a quick read and I finished it in one sitting.

Kelly Foust
5.0 out of 5 stars A lasting impression
Reviewed in the United States on June 4, 2020
This book had my attention from the beginning. Milly and Cole first met when they were young and Cole started to work for her dad. Cole knew he shouldn't get involved with the bosses daughter, but after awhile, they couldn't help it. After a short time together, Milly left and they stopped talking.
But when they met again, that connection was still there. They couldn't avoid each other and came together like nothing changed.
Sometimes, time apart is the best thing to happen. You realize what really matters and what it is you truly want in life. Their relationship can be easily connected with readers. The author did a good job bringing them to life and keeping readers engaged.
I voluntarily reviewed this after receiving a free copy.

yupyup
2.0 out of 5 stars Just ok... 2. 5 stars would be more accurate
Reviewed in the United States on June 7, 2020
I voluntarily read this book after receiving a free copy. Be advised, there are some spoilers within this review. I probably should have passed on this book as it’s the second book in a series and I did not read the first book. Although it could be read as a stand-alone, I did feel a few steps behind in some parts, and I felt maybe I was missing the meaning of some references. I don't normally read books out of order, even if they are billed as "you don't need to read the other books in the series." So I rarely read books out of order, and this book reminded me why - I felt like I was always missing something and the back story of Cole's band, and was Milly even in the first book? Sounds like maybe she was referenced off the to the side or something.

Who sent the break up text and blocked the calls!? I thought this was pretty important and it was just dropped. Again, was this something in the first book and I just didn't know? Was it really just dropped and glossed over? Ooor, do I need to read the next book, or first book (a typical author ploy)...so that was a negative aspect for me. I would have liked to see more sleuthing from Milly into who would sent the text and blocked the calls then the continual horse details. If I were her, i would be outraged and needing to at least do some further digging. Or maybe the answer was even included and I just missed it.

There was so much horse talk (horse fans would love this book), I felt like that aspect could have been cut back a bit to get into more of their relationship and feelings or even Cole's fathers history, or either more of their own histories. I will admit, all the horse detail made my mind wander a bit- it's not really my thing.

Without going into many specifics. the ending bothered me. Although it was actually pretty realistic and true to life. But I tend to gravitate to these books for the cheesy happy endings (even if unrealistic) for a sweet escape. Not that this one was not "happy." I just would have preferred her saying "I love you" and "we WILL be together" kind of thing, but they both needed to follow their dreams and they were young. So again, realistic. I'm assuming they will be revisited as a "side" story in one of the next band member's stories so we can know what happened. Another reason series bug me unless they follow the same couple throughout; just a personal preference, I know many don't feel this way.

Another issue, and this is me being picky again: at 81% ish of the book....why didn't Cole just tell her the reasons he didn't want to go to England? He had valid reasons which could have enabled them to have an actual adult conversation instead of him just calling it quits.

I also found small editing mistakes, however it did not impact the overall reading experience (they were minor). I really wanted to love this book, but I just liked it. Cute read, but was unable to focus on it much of the time, and that could have been because of the horse details or because I did feel I was missing "something"!? I don't know. I did enjoy the authors writing style though - some very cute, funny lines and of course some steam between the couple which is always a plus. She was also very descriptive in many areas that you were able to get a very vivid picture in your head.
Read more
Helpful
Comment Report abuse

c1c2c3
4.0 out of 5 stars Their life is a Trainwreck are you ready for the ride?
Reviewed in the United States on June 9, 2020
Now that I knew the author's style and that these stories truly are a Trainwreck, I was able to enjoy the book more. This is not your fairy tale everything will be all right book. This is the life throws many curve balls at you and it is what it is. You don't always get what you want when you want. My only hope is that in the next books it's not the girls who mess up and start to fracture the relationships. First book, the girl was messy and unkempt etc. This book she's selfish, pretty much thinks about her needs and wants not his. I'm hoping this pattern doesn't repeat in the next book. Great writing.
I received a free copy of this book and I voluntarily reviewed it.
Read more
Helpful
Comment Report abuse

tiffany
4.0 out of 5 stars Good book
Reviewed in the United States on July 17, 2020
This novel was a good read. I love and ride horses so the theme was quite interesting to me. I didn’t think they made a big enough deal out of some of the thing a that happened with the horses though. If the characters loved horses as much as they make them out to, I think more attention would have been given to them.
The story line was entertaining and had some twists and turns. This is the second in a series and I am interested to read the third to see what happens.

I received this book free of charge in exchange for an unbiased review.
Read more
Helpful
Comment Report abuse

Marilyn Smith
VINE VOICE
5.0 out of 5 stars Will they be together?
Reviewed in the United States on June 7, 2020
Cole works for Millies dad on his ranch. He likes her but he knows that being the bosses daughter will get him fired and he needs the job. They do get together until she graduates and then gets sent to England to her mother. They each get a text saying that they need to break up. Each are hurt but life goes on. Two years later they run into each other and find out they still want each other. But they seem to have obstacles thrown their way. Will they get a HEA? I voluntarily reviewed an Advanced Reader Copy of this book.
Read more
Helpful
Comment Report abuse

Travina
4.0 out of 5 stars The princess and the Pauper
Reviewed in the United States on June 6, 2020
Book 2 in the train wreck series goes on in the telling of a group of friend's success and failure in this coming of age type book. This is Cole and Milly's story and with it brings love, heartache, social differences, and conquering your dream. This series is full of emotion and detailed characters that grow strongly throughout the life lessons that shape them into the people they will become at the end. Beautiful story. I am voluntarily reviewing this book after receiving a free copy.
Read more
Helpful
Comment Report abuse
See all reviews