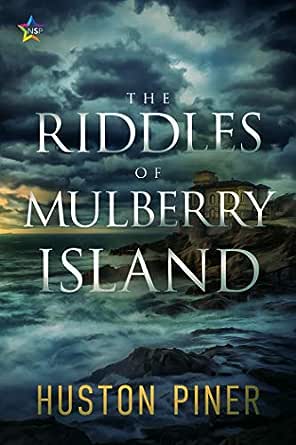 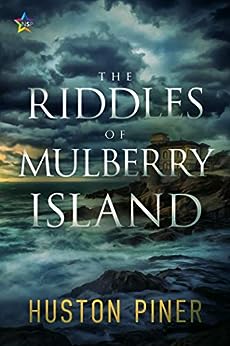 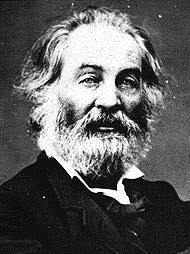 V. Rundell of V's Reads
5.0 out of 5 stars 4.5 Stars for this engaging YA LGBTQ near-historical adventure
Reviewed in the United States on June 16, 2020
It's the summer of 1952 and Tommy Oakley is 15, preparing to enter the 10th grade at a big-ish high school. He's best friends with John Webster who is also 15. They live in Bayside, what sounded like a coastal Virginia (my guess, because it's never stated) community which has few residents and fewer opportunities. Most of Bayside's residents are fishermen, and life had been prosperous back when the Mulberry's ran the fishery, but they closed it down long ago and only their Great House remains. Wendy Harris is also a resident of Bayside, though she's a year older and already in the high school. Wendy likes Tommy and John likes Tommy and Tommy's tired of their bickering.

Tommy got a boat for his 13th birthday, but his parents didn't trust him to captain it until this summer, when he turned 15. He's out in the boat alone, fishing and sailing, when he sees what appears to be a giant fish in the inlet between abandoned Mulberry Island and the peninsula on which Bayside sits. He knows John and Wendy won't believe him, but he confesses his vision to them. Wendy wants to explore, to see if there is anything to it. She's clearly smitten with Tommy, and he's a bit shy of her advances.

Tommy and John plan a sail and a camp-out to go shrimping, and they see lights in the Great House--and they know it wasn't the caretaker, old Mr. Hess, because he shows up later. Who's in the mansion? And, does this have anything to do with the giant fish? John doesn't want to investigate, because he's afraid it will lead to trouble and get Tommy hurt. And, there is no one in the world that John cares for more than Tommy. (I'm going to pause here and mention that John is regularly beaten and emotionally abused by his father, and his mother doesn't speak up about it because she'd likely be beaten in his stead.)

This is a mystery and adventure with just a little bit of romance. Tommy and Wendy and John make a quarrelsome triad in friendship, but there seems to be a connection between Tommy and John that John is beginning to explore. With the elements of danger, and the riskiness of the situations, John is the bold one, taking deeper risks to ensure Tommy's safety--because he feels like Tommy is the only person in his life who truly cares for him.

I can honestly say this is an engaging, and thoughtful YA LGBTQ read. The bad guys are not immediately apparent and the stakes get ever higher as the action plays out. We have mercenaries, and insane men planning insane plots, and a hurricane blowing in. Tommy and company don't know who to trust, but Wendy is ever-forceful in asserting what their trio should do--and how to do it. This causes conflict with John, who wants to back out completely, but he won't leave Tommy to fend for himself. In the end, there are some unlikely heroes and some really spectacular fireworks--which thankfully take out the bad guys' big plans. I liked the pacing, and the storytelling, and was especially grateful to see how the fathers of Bayside finally do what's right and ensure John has a loving home and the care he deserves.

The blurb didn't prepare me for either the slightly historical setting, or the descriptions of physical abuse and overt emotional/verbal abuse John suffers. His connection to Tommy is what eventually saves him. Tommy's father won't stand for Mr. Webster's abuse of his John--or Tommy--when slurs get flung. Beyond this, the adventure and mystery are engaging, as are the glimpses of physical love between Tommy and John.
Read more
Helpful
Comment Report abuse

Char
4.0 out of 5 stars A trio of young teens embark upon a dangerous journey to solve a mystery.
Reviewed in the United States on June 30, 2020
This was an interesting one! Tommy, Wendy, and John are friends and they are spending the summer together when they can escape their chores. It's 1952... and the three pre-teens set out on an adventure.

Tommy has been given a boat and when he finally convinces his parents that he is old enough to take it out, he sees something spooky. Something that looks like a sea creature appears and thus begins the mystery.

This reminded me of a good old Hardy Boys mystery when it began. A mysterious light on the water, a strange sea creature... the mystery lures these teens into the boat and back to Mulberry Island and that's when things get dangerous.

I think that even though the characters are solving a mystery... much of this book is about growing up, growing closer and friendship. My favorite character was John. He is a sweet soul, protective and caring in spite of the fact that his home life is terrible. John has an abusive father and no one seems to care about him except his friends.

I loved the friendship between John, Tommy, and Wendy. There's some jealousy blooming as the three of them jockey for position with one another. As they move into their teens, they clearly are beginning to feel more for one another and that's going to end up with someone left out in a way. The development of feelings between them is very natural and I enjoyed the way it progressed.

My only confusion about this book is that it would be a great middle-grade book if it weren't for the violence that is included in it. I found the voice of the characters to be quite young for 15... which is totally fine. I would probably recommend this to younger readers!
Read more
Helpful
Comment Report abuse
See all reviews from the United States