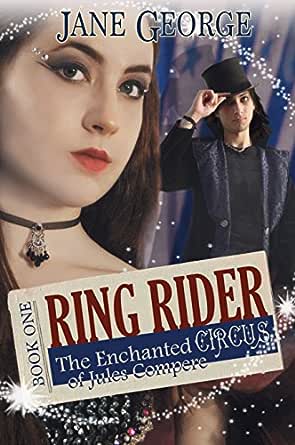 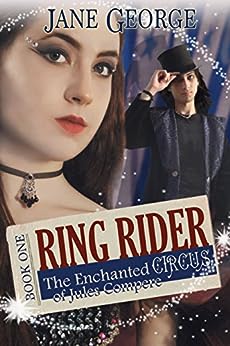 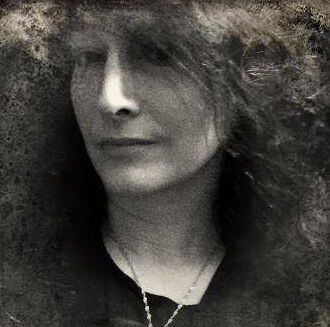 Jane George is an author and award-winning illustrator living in San Francisco, CA with her family. She is a graduate of The California College of the Arts and is an eternal student of the sublime and the absurd. When not writing or painting, she can often be found at an indie rock concert. She writes books for young adults, new adults, and adult adults, often with a tendency toward the romantic and fantastical. --This text refers to the paperback edition.

CranksterTop Contributor: Fantasy Books
4.0 out of 5 stars Nice to get tangled up in the enchanted and mystical world of the big top
Reviewed in the United States on October 16, 2016
**** 3.5 Stars ****

Evan, a teenage foster care runaway, finds herself face to face with an offer that may be too good to be true. From Chapter 1, I was rooting for her. I felt her struggle and wanted her to find her future in the one-ring circus. If you've never felt out of place, like she did, I'm sure you knew someone just like her.

The story follows Evan as she tries to find her place in a weird, slightly creepy circus. She meets some interesting characters (is that someone dressed up as a bear...or...) and falls into the truck of a gothic, poetry loving cook. The performers really got to me, I started wanting to know where they came from and how they ended up with Jules Compere. Jules himself, is a dashing, suave Ringmaster that I really need a backstory and book about. He was THE one I wanted to read about, the entire time.

Everyone has different views on the struggling circus, but I was hoping they would come together and save it. However, some circus members aren't as they seem, and don't have Circus Lunastrata's best interest in their hearts. Drama, backstabbing, and risky mayhem ensues, dragging Evan away. It was nice to see some of her friends come together, but that part of the story was a bit confusing and a tad difficult to string together.

Overall, it was nice to get tangled up in the enchanted and mystical world of calliopes, prophets and big tops. Some of the lingo took some getting used too (I did have to google a few words), but it didn't take away from the story, at all!
Read more
Helpful
Report abuse

KRLGA @Smada's Book Smack
VINE VOICE
4.0 out of 5 stars Circus of Magic
Reviewed in the United States on November 1, 2016
Evan wishes magic was real so that she could be rid of her foster parents and the sad, lonely life she leads. After an especially abusive encounter, she runs away. While trying to figure out what she will do next with her life, a strange man on a unicycle tells her the Ringmaster is waiting for her. She has been offered a chance to join the circus, to be accepted and to find her true gift. Evan has no idea what that means, but she knows it is an opportunity she can’t refuse.

This was a really cute story full of magic, acceptance, friendship, family and becoming a better person. I went into the book not really sure of what I would get and was rewarded with a fast paced engaging mystery story unlike anything I expected or had read before. The story did have some dark topics like abuse (physical, mental and sexual), self-harm, lack of identity or belonging, and doubt, but the way the author constructed the book it did not make it a dark depressing read. Instead the book focused more on the possibilities instead of the downfalls, which I really liked.

The two things that really stuck out to me the most were the magic and the character development. Everything became magical in the realm of the circus be it the old clothing that looked better than new while during a performance, to the acrobatic feats, and let’s not forget talking elephants and communicating telepathically with a herd of horses. Seriously, everything had a magic touch to it (even Wally's gourmet food had a foodsy magic touch and where can I get his orange sprinkled doughnuts?)

Evan was the main character in this story, but here and there the narration was interjected by the Ringmaster and Wally the runaway musician-hopeful/cook. They were so detailed and human it was if I knew them. I liked quirky Evan and her quest to find herself, and I loved super sweet Wally and his need to be decent to everyone. The Ringmaster was the biggest mystery and I can’t wait to learn more about what he can do and what caused his quest to begin with. All the side characters had personalities and voices, and as a side not the author was great at creating detailed, vivid images with her words so I could see everything I was reading.

I look forward to the next book in the series to learn more about Wally and his origins, as well as keep up with Evan and the Ringmaster… and maybe learn more about the other teens too.
Read more
Helpful
Report abuse

Tonja Drecker
VINE VOICE
4.0 out of 5 stars A magical but slightly dark read
Reviewed in the United States on October 26, 2016
Like a magical dream, this story draws in with calliopes, mystical ju-ju and never ending adventure.

Evan is a trailer-park teen on the run from abusive foster parents. When she runs into a clown, who offers her the perfect escape, it seems to good to be true. Soon Evan finds herself in a circus, where magic overshadows reality and danger lurks in the shadows.

First off, this book does include swearing, violence, and hits upon difficult topics such as child abuse and 'cutting'. Still, the material is not handled tastelessly, haphazardly or without care, but rather concentrates on the difficulties of dealing with and healing from such situations. I'd recommend it for readers ages 14+.

The first chapter dives into Evans harsh life, making it impossible not to feel for her and immediately start rooting for her. Her past hangs like a dark fog much of the way through, but it's her determination which really makes her an inspiring character. The change from an abusive reality to the mystical magic of the circus allows uncertainty and doubt to keep the tension high. It's a lovely mix, which captures hope and dreams along with shadowy nightmares.

The characters in this are as colorful as the big top and have very distinct stories of their own. All are 'damaged' in their own way, making it difficult to discover with whom the real danger lies. There are layers of intrigue and treachery mixed in with the mystery of the magic, which is an intrigue all of its own. It's simply a delightful world to dive into.

D. Bess
5.0 out of 5 stars A magical tale!
Reviewed in the United States on March 22, 2016
Evan is in serious danger--and she doesn't have to run away to join the circus...it comes for her! A great story, grand adventure, a romance with an intriguing guy who has issues of his own, a fantastical circus that tempts me to run away too...I can't wait for the next book in this series!
Read more
Helpful
Report abuse

MichiganReader
5.0 out of 5 stars Dark, Vivid and Magical YA/NA Tale
Reviewed in the United States on March 22, 2016
This dark and enchanting tale is for older Young Adult audiences but equally intriguing for adults (that's me). The world of Jules Compere's circus drew me in, as did Evan, our runaway heroine, who discovers that her own talents are woven together with her worst fear. Throw in a quirky, heartfelt romance, and we get a magical adventure!
Read more
Helpful
Report abuse
See all reviews