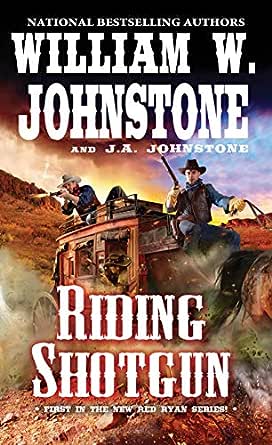 You've subscribed to A Red Ryan Western! We will preorder your items within 24 hours of when they become available. When new books are released, we'll charge your default payment method for the lowest price available during the pre-order period.
Update your device or payment method, cancel individual pre-orders or your subscription at
Your Memberships & Subscriptions
There was an error. We were unable to process your subscription due to an error. Please refresh and try again. 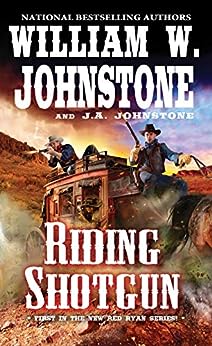 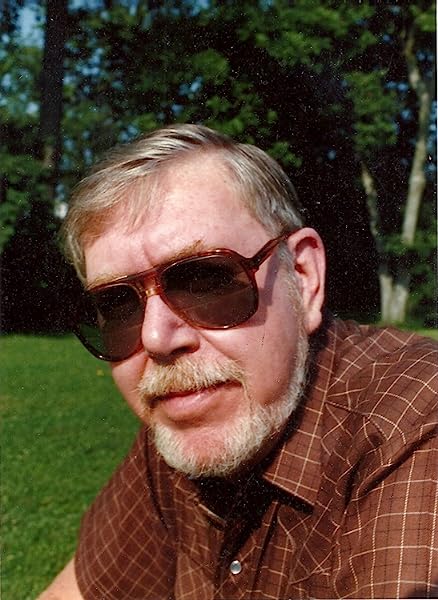 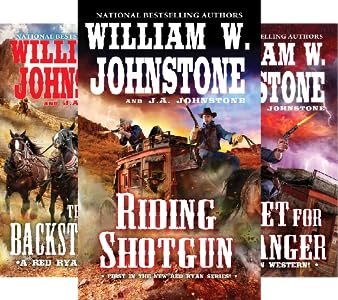 J. A. Johnstone is a Tennessee-based novelist. He is coauthor, with William W. Johnstone, of the Preacher & MacCallister Westerns and the Luke Jensen Bounty Hunter series.

J. Rodney Turner is a prolific audiobook narrator who specializes in historical fiction set in the post-Civil War era, as well as Westerns, mystery/thrillers, and crime dramas. Previously, he served as an air traffic controller in the Navy and in the Federal Aviation Administration. --This text refers to the audioCD edition.

4.6 out of 5 stars
4.6 out of 5
40 customer ratings
How does Amazon calculate star ratings?
Amazon calculates a product’s star ratings based on a machine learned model instead of a raw data average. The model takes into account factors including the age of a rating, whether the ratings are from verified purchasers, and factors that establish reviewer trustworthiness.
Top Reviews

Kindle Customer
5.0 out of 5 stars THE DECEITFUL
Reviewed in the United States on June 20, 2019
Verified Purchase
Red Ryan and Buttons Muldoon partners working as stage coach driver and Red Ryan holds down the shotgun seat. It seems everywhere they go they meet trouble as a passenger.
In this adventure you get to meet vicious con-men, back shooters, back alley snipers, dirty lawmen, Indian attacks, suicides all this in one adventure.
For example Seth Rogers who ran with half brothers robbing, looting, gun for hire, left his half brothers who were killed by a bunch of Indians who left the reservations to kill white men who stole their lands, decimated the huge buffalo herds and pushed the Indians on these reservations to have total control of their lives.
Read about Red and Buttons who are taking passengers to El Paso, Texas a four hundred miles trip, thru deserts, torrential rain storms and Indian attacks oh yeah, Red is taken capture by a gang of desert riff raff whose leader is a "Ma Barker," type who runs a tight tent of miscreants, inbreds who under her directions plunder, murder whomever fall into her web of despair.
Read and enjoy these two men, who make the best of any situations they are thrust into..They are a hot mess, but loyal to the stagecoach owners.
Read more
One person found this helpful
Helpful
Comment Report abuse

Amazon Customer
5.0 out of 5 stars Totally Enjoyable Entertainment!!!
Reviewed in the United States on June 25, 2019
Verified Purchase
Once again William W. Johnstone delivers a perfectly exciting and entertaining western adventure. I highly recommend this book to any fan of or newcomers to the books of William W. Johnstone.
Read more
One person found this helpful
Helpful
Comment Report abuse

Amazon Customer
5.0 out of 5 stars Good Book
Reviewed in the United States on August 27, 2019
Verified Purchase
I like most all of Johnstone books.
Read more
One person found this helpful
Helpful
Comment Report abuse

Carol and William
5.0 out of 5 stars Gift
Reviewed in the United States on October 13, 2019
Verified Purchase
Gave this book to my brother so I cannot review it. He seemed to enjoy the book.
Read more
Helpful
Comment Report abuse

falconmac
5.0 out of 5 stars Good company to deal with
Reviewed in the United States on December 3, 2019
Verified Purchase
The Price was very good received the book ahead of due date
Read more
Helpful
Comment Report abuse

Brent Towns
5.0 out of 5 stars Great Read!!
Reviewed in Australia on January 4, 2020
Verified Purchase
Best one I've read in a while. Sometimes I struggle to get through these longer westerns but this one was a breeze to read.
Action aplenty, crooks galore, and a woman willing to do anything for wealth.
Add to the mix Red and Buttons and the action comes thick and fast.
And there's even a little twist at the end.
Start 2020 off with a great read. Give Riding Shotgun a go. I know I'll be reading the second book when it comes out.
Read more
Helpful
Sending feedback...
Thank you for your feedback.
Sorry, we failed to record your vote. Please try again
Report abuse