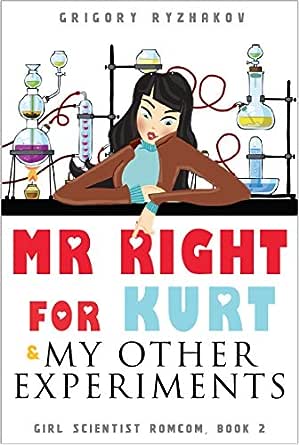 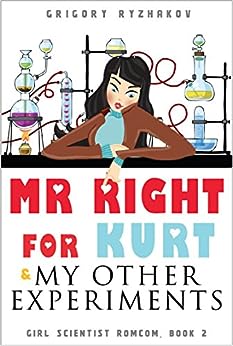 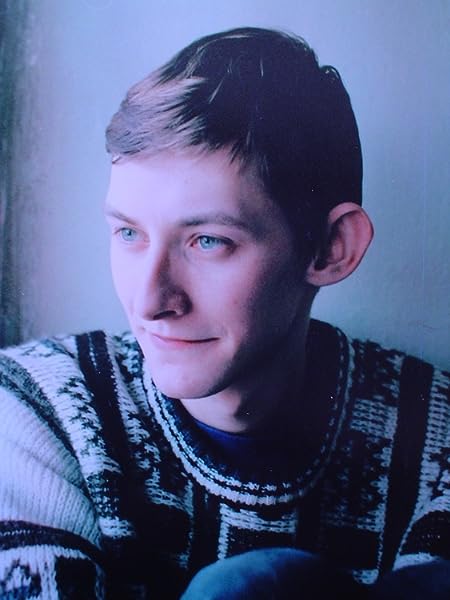 Grigory Ryzhakov is a Siberian explant living in the UK. He has a PhD in molecular biology from the University of Cambridge and he currently works for the University of Oxford, studying molecular mechanisms of human diseases. Outside the lab, he likes writing fiction and composing music. --This text refers to the paperback edition.

Grady HarpTop Contributor: Children's Books
HALL OF FAMETOP 50 REVIEWER
5.0 out of 5 stars ‘Have you ever tried it with a guy?’ asks Kurt. ‘It depends on what counts as trying,’ Blake replies.’
Reviewed in the United States on May 26, 2016
Verified Purchase
Siberian explant living in the UK Grigory Rzyhakov is a molecular biologist by profession, having received his Masters in biochemistry from Moscow State and his PhD in molecular biology from Cambridge University. In his free time, he writes fiction and blogs on various topics, including Russian literature, and writes music under the name Grisha McArrow. In his accomplished book - THE READERS MINI-GUIDE TO NEW RUSSIAN BOOKS - he succeeded to quench the thirst for knowledge about Russian literature and to introduce post-Soviet literature to wider international audiences. To make this guide read not completely like an encyclopedia, he connected book descriptions with Russian life to tell a story. Russia has a controversial political image, and, in Grigory's opinion, Russian literature can show the essence of his country far better than any media sword-fights. His intention is to inform readers about Russia through the prism of Russian stories.

The young blue-eyed Grigory also spreads his talent for writing into other areas, this book being another in his ‘British Chick Lit’ series – an opportunity to display not only his technical skills but also his keen gene for comedic writing. His immediate access to British humor is evident: for the 24 chapters of this book he names each for a fruit or flower or vegetable or seed, supplanting that with the genus and species name (the scientist in him wins out).

The scope of Chloe’s ‘experiments’ is summarized in the synopsis: ‘ ‘Mr Right for Kurt & My Other Experiments’ is a sequel to ‘Mr Right & Mr Wrong’. Both books are social satire and light-hearted comedies about a modern, young female scientist. Having found her Prince Charming, Chloe makes herself busy with her other project – finding Mr Right for her housemate, Kurt. Things get a little tricky when Chloe discovers a dating app for gay men, Grindr. Hilarity ensues! Meanwhile, spring is claiming London and Chloe is starting her Master’s project on bioremediation of soils at the Department of Plant Science, Imperial College, where she meets her new colleagues – sassy Zofia and a flirty hipster called Andy who, by the way, has a secret and glamorous alter ego. After a visit by a BBC TV crew to the institute, Chloe becomes a celebrity on Twitter. But glory invites disaster over a cup of tea. Gay matchmaking isn't Chloe's forte, so now what? Parties, gigs and piss-ups continue to be Chloe’s life, along with the added bonus of inhumane hours in the lab. Little does she know that the country’s top TV show is about to invite her for a chat. Surprises await.’

Pure fun from a very bright young author with a quick wit and the ability to scribe parody well. It seems whatever he decides to write, we, the readers, are the winners. Grady Harp, May 16
Read more
One person found this helpful
Helpful
Comment Report abuse

J Armstrong
4.0 out of 5 stars she is smart, and well-meaning
Reviewed in the United States on May 24, 2016
Chloe is a British science Student and after finding her Mr. Right, is determined to find one for her roommate Kurt. The determination stems from her suspicions that Kurt might actually have a crush on her man. After finding a Gay dating website and registering on it as Kurt, she finds out just how complicated dating as a Gay man can be. Throw in the start of her next College semester, a wildly popular twitter account, a BBC TV Team at school and you are guaranteed a lot of boisterous and humor filled moments. Chloe is not an airhead, she is smart, and well-meaning, yet her meddling in others affairs puts her on a course of mishaps.
I was chuckling throughout this book, no doubt making people around me wonder just what had gotten into me, but this was such a breath of fresh air, a lighthearted romantic comedy in a way, full of mischief and Oops moments that will take your mind off of your daily grind.
Read more
2 people found this helpful
Helpful
Comment Report abuse

H.Taylor
5.0 out of 5 stars A witty comedy read
Reviewed in the United States on June 3, 2016
Mr Right For Kurt and My Other Experiments is book 2 in this series. Although not a long read it's full of laugh out loud moments, I thoroughly loved it.

Chloe the Heroine of the story decides to play matchmaker to help her Gay roomie and help him find his own Prince
Charming and keep him away from her own guy, she doesn't by no means do it the old fashioned searching way, that would be too straight forward. She stumbles upon a gay dating app/website Grindr and signs Kurt up. She assumes Kurt's identity and plays his role. She realises it's more complicated dating as a gay man than she first imagined. This in a way is like a comedy of errors, little does Chloe realise the mess she's heading towards.

Chloe isn't a stereotypical dumb meddling girl, she's well educated, smart and with well meaning intentions. She can't help the fact trouble seems to be headed straight for her.

Truly loved this book, I was continuously in stitches. I now want to read the first. Recommend for anyone in the need of a good giggle.
Read more
Helpful
Comment Report abuse

Ivana S.
4.0 out of 5 stars Great for comedy fans!
Reviewed in the United States on May 23, 2016
This was delightfully adorable and laugh-out-loud funny on a whole lot of occasions. I have to say that this book had me on the floor laughing. I'm in love with this book. It's a quick read, but it's so funny and thoughtful.
I had really high hopes for this book. I wanted it to be well written and fun and be an extremely fluffy contemporary that would get me out of my reading slump. And “Mr Right for Kurt and My Other Experiments: British chick lit” was exactly what I hoped it would be.
It’s a good book for those who are coping with something serious, but are looking for a new way of looking at the issue. I thought this book was really funny. I laughed out loud a few times and the overall plot was really light and fun.
If you find yourself in a bookstore, I highly suggest taking this book home with you, also pick up his first novel. He's an incredibly talented writer and wonderful storyteller!
Overall this was a good book! I will definitely keep a lookout for this author. I recommend it to fans of contemporary and comedy books.
Read more
One person found this helpful
Helpful
Comment Report abuse

Michele
5.0 out of 5 stars It's intelligent and fast-paced
Reviewed in the United States on April 8, 2016
I was fascinated by this book. It was the most exciting read for me in years. It's intelligent and fast-paced. Highly original plot and memorable characters. Chloe is a girl of every man's dream, but no doubt a handful. Her gay friend Kurt seems to have a crush on her boyfriend. She plays a prank on him, but that certainly doesn't feel enough. She has to get him out of the way for good, but how? Her solution is just as outrageous as it is hilarious. She decides to find a sweetheart for him and not by simply searching - she wouldn't be Chloe. She assumes his identity and registers with a gay dating app. And you will not believe the mess she's heading for. An absolutely superb read! Definitely recommend.
Read more
2 people found this helpful
Helpful
Comment Report abuse

Marisa Slusarcyk
5.0 out of 5 stars A Humourous yet Plausible Tale
Reviewed in the United States on July 8, 2016
I think the best part of this book is that the author uses both science and a real life social media platform to create a humourous yet plausible tale. A great read that wll make you laugh out loud while rapidly turning pages for more!
Read more
Helpful
Comment Report abuse
See all reviews