Rimbaud in Java: The Lost Voyage and millions of other books are available for Amazon Kindle. Learn more 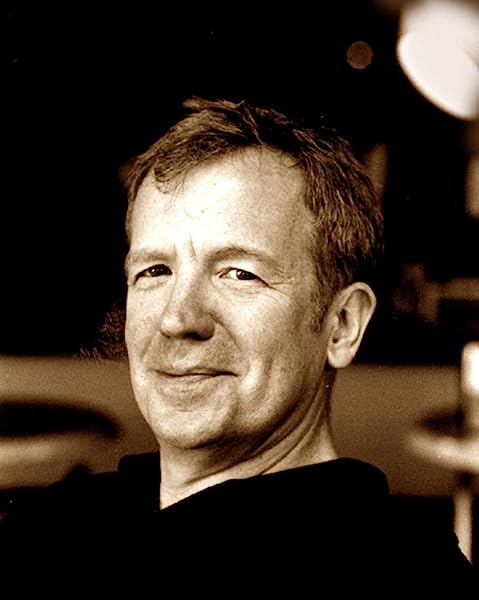 by Jamie James (Author)
4.1 out of 5 stars 13 ratings
See all formats and editions
Sorry, there was a problem loading this page. Try again.
Read more Read less
Previous page
Next page

"Jamie James's Rimbaud in Java is a delightful work on many levels...From its sepia print to its bevelled edges, it evokes a lightly self-mocking and nostalgic charm that precisely echoes that of its prose."
-Nigel Barley, Times Literary Supplement, November 11, 2011

...a high-wire performance...the spectacle of reading someone write beautifully about something he finds, well, beautiful... The book shines a torch down the well of the nineteenth century and illuminates a little patch on an inner wall near the bottom... Microhistory? If it's the beginning of a trend I won't complain. Zadie Smith, Harper's Magazine, November 2011

- A unique reconstruction of French poet Arthur Rimbaud's fabled journey to the Orient.
- Compelling images of the people and places thought to have been encountered by Rimbaud.
- An 8-page full colour insert showcasing the works of Rimbaud and artists of the era, as well as scenes of Java.

Jamie James is a former art critic for The New Yorker. He has lived in Indonesia since 1999, and co-owns two restaurants in Bali. He has contributed to The Atlantic Monthly and Condé Nast Traveller and published two novels, Andrew & Joey: A Tale of Bali and The Java Man, as well as The Snake Charmer, a biography of the legendary American field biologist Joe Slowinski.

Read more
Start reading Rimbaud in Java: The Lost Voyage on your Kindle in under a minute.

Matthew Gurewitsch
5.0 out of 5 stars Baou to you!
Reviewed in the United States on November 26, 2011
Verified Purchase
Jamie James knows a thing or two about obsession. "There are thousands of people (we know who we are)," he writes, "who would take a lively interest if a pair of socks turned up in an old chest in Harar that could be proved to have belonged to Arthur Rimbaud." Where's Harar?

You've guessed it: though cognizant of Rimbaud's stature as a forerunner of the Surrealists, the amour fou he shared in his gilded teenage years with the much older, not-pretty-at-all Paul Verlaine, and his part in inspiring Frederick Ashton's bewitching ballet "Illuminations" (to the Benjamin Britten score), I am not one of James's thousands. But as Daniel Mendelsohn's delicious New Yorker review of Bruce Duffy's biography "Disaster Was My God" recently proved, reading about Rimbaud can be great fun. No less was to be expected from Jamie James, whom I edited (full disclosure!) at Connoisseur in the 1980s and whom I count today as a friend. In years past, I have delighted in his account of a visit with Jorge Luis Borges, his exposé of waste at PBS, and his book-length study on the topos of the music of the spheres. Since 1999, James has been living in Bali, whence occasional bulletins and curiosa flow, always in his trademark deadpan style, encyclopedically informed, tartly undeceived.

And so it is with "Rimbaud in Java," which James conceived as a novel but retrofitted to nonfiction, recognizing the futility of attempting to project himself into a mind as unfathomable as Rimbaud's. Instead he starts out by serving up just the facts, ma'am, slim pickens as they are. As Rimbaldians (ahem!) know, their idol sailed to Java as a fusilier in the Dutch Colonial Army. The fabled isle was the apogee of his life's journey. No sooner had he arrived, however, than he deserted, leaving a lacuna in his biography that James fills with an imaginative excursus on the Orient in the 19th-century European mind. Sprinklings of sex, pulp fiction, bogus science, and a cameo by Queen Victoria add spice to James's rijsftafel of guilty pleasures. In addition, there are wonderful images, many of them rare, from his private collection, plus generous helpings of Rimbaud's orphic poetry and prose as rendered in James's punctilious English. No, he has no translation for "baou," but then, neither has anyone else. James picks it up, pokes it, and turns it over, but in the end the vocable just sits there, on Rimbaud's page, as inexplicable as his thoughts and images.

Whether "Rimbaud in Java" will win Rimbaud new readers, as JAmes says he hopes, is anybody's guess. I felt no such exploratory urge, honestly. On the other hand, the book may very well inspire readers to dig deeper into the Jamie James bibliography. Next on my list: "The Snake Charmer: A Life and Death in Pursuit of Knowledge."
Read more
4 people found this helpful
Helpful
Report abuse

latrussell
5.0 out of 5 stars Unexpected Find
Reviewed in the United States on November 30, 2012
Verified Purchase
This is a fascinating bit of research into where Arthur Rimbaud disappeared to before he came back and went, finally, to Africa. Summations are plausible and thoughtful. Writer fits a lot into this little book. A necessary book for those interested in this compelling poet.
Read more
3 people found this helpful
Helpful
Report abuse

archpriest
5.0 out of 5 stars Marvelous short work illuminating a missing year in the life of Rimbaud, the first modern poet
Reviewed in the United States on October 27, 2013
Verified Purchase
Jamie James is an excellent writer whose articles in the Wall Street Journal surprised and delighted me. His knowledge of the works of Arthur Rimbaud and landscape of Java inform the reader. He understands the canon of the poet, and attempts to fill in the blanks about this missing year and to put it in context of what Europeans knew and thought about the orient. Obviously, this won't replace the Steinmetz or Robb biographies of Rimbaud, but he knows the subject and tells a good story. I devoured this book in a day at the beach. Good job Mr. James!
Read more
One person found this helpful
Helpful
Report abuse

laura
4.0 out of 5 stars Rimbaud in Java
Reviewed in the United States on September 16, 2013
Verified Purchase
This work is unique considering that so little is known about this period of Rimbaud's life.It is a very interesting and unassuming book.
Read more
2 people found this helpful
Helpful
Report abuse

Fred
5.0 out of 5 stars great looking book
Reviewed in the United States on March 13, 2014
Verified Purchase
this is on my to read stack. It looks great in the stack. Very much adds to the decor of my reading room. It's a display book.
Read more
Helpful
Report abuse

barhayim
4.0 out of 5 stars rimbaud in java
Reviewed in the United States on August 23, 2012
Verified Purchase
as usual, too much said on the life and not on the work, at least it is original even as a pure lie, arthur was a coward, a mammies boy, of bad manners and doubtful aofish education. not possible to believe he wrote the best part of his poetry himself, but who cares, and little does it matter, the man is of no interests, but some verses, tales are gigantic, unreal for the period and ought to be repeated and taught rather than mix in is wasted existence. the book also uncover Saleh, the painter and it is worth reading just for Saleh. arthur remains a 1/4 divinity from high school onward, always fun to quote , recite, toss around with friends who like to be poetic. a must to read, with caution, do not swallow.
Read more
2 people found this helpful
Helpful
Report abuse

ajos
1.0 out of 5 stars Only worth it if you're a Rimbaud fan
Reviewed in the United States on February 25, 2014
Verified Purchase
I am not a fan, in fact I had never heard of Rimbaud before. I kept waiting for the author to speculate more on what happened in Java, to explain what was happening in Java at the time he "disappeared" there - culturally, politically, socially...
The author dwelt on small minor details, such as the meaning of the word Baou and where Rimbaud would have learned it.
The only upside - he expose me to a rather interesting, flamboyant and exotic character in Rimbaud himself.
Read more
Helpful
Report abuse

jstiles
5.0 out of 5 stars Rimbaud in Java - how does James uncover so many fascinating stories?
Reviewed in the United States on December 22, 2011
From Music of the Spheres (who knew there was once no boundary between math and music) to The Snake Charmer and now Rimbaud In Java, James continues to step off the common path to bring to us fascinating and compelling stories. Reading a James book is as close as most of us will get to having a storyteller the likes of John Henry Faulk or Spaulding Gray in your living room for the evening.
Always a delight, never boring, without condescension, he is a treasure.
Read more
5 people found this helpful
Helpful
Report abuse
See all reviews

jman jr
4.0 out of 5 stars O' Rimbaud!
Reviewed in the United Kingdom on May 31, 2014
Verified Purchase
Very enjoyable look & hypothesis of Rimbaud's time in Java - Helped greatly by other contemporary writers writtings of the place.
Short & sweet volume that should please any Rimbaud admirer.

MadCow
4.0 out of 5 stars Interesting speculation
Reviewed in the United Kingdom on April 17, 2013
Verified Purchase
An interesting speculation on what Rimbaud might have done in Java based on the limited evidence available. Lots of detail about Java and how Rimb might have reacted etc. Worth reading if you are a Rimbaud fanatic.
Read more
One person found this helpful
Report abuse
See all reviews
Back to top
Get to Know Us
Make Money with Us
Amazon Payment Products
Let Us Help You
EnglishChoose a language for shopping. United StatesChoose a country/region for shopping.
© 1996-2021, Amazon.com, Inc. or its affiliates