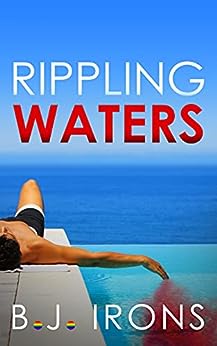 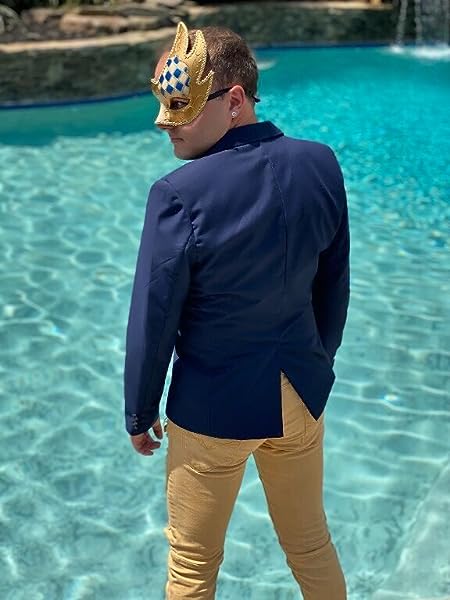 BJ Irons has doneit again! He has given us another 5-star sure fire winner! -Walter Roper

This was such glorious,steamy fun! The previous m/m/m stories I've read with this kind of set-up, hadthe couple finding a third person and everyone integrates happily ever afterwith perhaps just a bump in the road to add some drama. I've enjoyed those, butthis one takes those and adds some jet fuel. - Susie Umphers

This was a fun dramafilled read with super hot and steamy scenes. There's a few twists and turnsthat I definitely didn't see coming. I highly enjoyed reading it andliked B.J. Irons' writing style. Definitely need a cool down after all theheat! - Alexis Harris

I began this book notreally knowing what to expect the blurb had me intrigued though. I am so veryhappy that I decided to read this one though. The characters were reallyinteresting especially when you add in the snippet from the blurb making yoususpect everyone. Plenty of chemistry and heat a book I thoroughly enjoyed. -VanessaLeighton

Whoa! This book was acomplete and total mind boggle! I was so shocked at the turns it took! Thisbook was so captivating and left me on the edge of my seat the whole time!- Chelsea Moore

This book has suspense,drama, sex and deception, leading to a lethal ending. A page turner of a book,Rippling Waters is packed with twists and turns that will keep you wanting more!This sexy thriller is a solid five star read!- Garry Michael

BJ Irons works in the field of education. Manyof his personal experiences as a gay man have contributed to his works. This ishis second novel. Being a part of the LGBTQIA+ community himself, BJ hopes tocontinue to bring more colorful fictional works to his LGBTQIA+ readers. Theworld could always use a little more fun.

4.2 out of 5 stars
4.2 out of 5
73 global ratings
How are ratings calculated?
To calculate the overall star rating and percentage breakdown by star, we don’t use a simple average. Instead, our system considers things like how recent a review is and if the reviewer bought the item on Amazon. It also analyzes reviews to verify trustworthiness.
Top reviews

Beagle Lover24
4.0 out of 5 stars A twisted love story that leaves an unanswered question.
Reviewed in the United States on June 23, 2021
Verified Purchase
4 stars

A well written story about three men competing for each others love.

The MCs: Scott. A cardiologist with a new and thriving solo practice. A tolerant man who deals with a lot in his life, including a crumbling home life.
Garrett. Works in insurance and has an insatiable love life. He has been cheating on Scott for years with random hookups. Extremely bipolar and has a health condition known as A-fib, an irregular heart rhythm.
Logan. A conniving schemer whose only goal in life to to land himself a sugar daddy and secure a safe, happy life for his future.

After Garrett meets Logan, the two men continue to get together, mainly for sex. Unbeknownst to him, Logan delves into Garrett's background and discovers he's married to a hot doctor who clearly supports the couple. Instantly smitten with Scott, he conceives a plan to make Scott his and his alone. Logan manages to convince Garrett to hire him as the couple's pool boy so he can insinuate himself into their lives.

One day, after Garrett shows his true hostile feelings toward Scott, he leaves the house to pick up another man to have sex with. This gives Scott and Logan alone for the first time in months. They quickly break the unwritten rule that no member of the throple would have relations without all three men being present and make love. As they finish their rule breaking, Garrett comes home and catches them naked together in bed. Furious, he states, after much cursing and degrading comments, he is sleeping in the guest room for the night.

The next morning, tensions are thick in the home. Scott is making coffee when Garrett enters the kitchen dressed for exercise. Scott is concerned about his husband overdoing it and warns him about his heart condition. Garrett nastily blows off this warning and leaves to go jogging.

A few minutes later, the police arrive at Scott's door and inform him that Garrett is on the way to the hospital with an apparent stroke or heart attack. Both Scott and Logan rush to the hospital, with Logan particularly concerned.

Upon arriving, a doctor informs the two lovers that Garrett has passed. Scott is devastated while Logan is secretly overjoyed. Now Scott can be all his!

At the viewing for Garrett, Scott suggests to Logan they take a vacation together. A few weeks later, they are in Cancun. Scott has only made love to Logan once since the funeral, but now releases his feelings and the two men have blissful sex. Scott informs Logan that he has a surprise for him that evening at dinner. Having arranged for a private dinner on the beach, Scott proposes to Logan, who happily and greedily accepts, knowing his future is now secure and his plan has worked!

However, Logan already knew about the proposal, having searched Scott's luggage and discovering the ring. But before leaving for this bliss-filled vacation, Logan discovered a shocking secret about Scott. A secret he was prepared to take to his grave.

What did Logan unearth about Scott? And was Garrett's death an actual accident? Was Logan so desperate to have Scott all to himself that he murdered Garrett? The answers to these titillating questions lay inside the book, which I highly recommend. The writing was precise, the characters well developed and the plot was tight and suspenseful.

There where a few editing errors, but the plot and scheming allowed me to overlook these items. This definitely is a story with a shocking twist that I never saw coming. And the ending begs the question...is the killing over?
Read more
Helpful
Report abuse

Amazon Customer
5.0 out of 5 stars Gay Version Of The Last Mrs. Parrish
Reviewed in the United States on May 13, 2021
Verified Purchase
I received an advanced copy of this book and I absolutely loved it!!! Read it in one sitting. There was so much drama and suspense. I was left guessing as to who was to blame until the very end! This book reminds me of the gay version of The Last Mrs. Parrish, but better!
Read more
4 people found this helpful
Helpful
Report abuse

Linda Reads
VINE VOICE
5.0 out of 5 stars What a blurb! Enticing tease…expect the unexpected in this steamy M/M romance
Reviewed in the United States on June 4, 2021
Verified Purchase
Oh. My. Word! The moment I realized what really happened, I couldn’t stop reading to see if I was correct. Telling the story by Scott and then Logan’s POV was a clever way to bring out items we wouldn’t have known otherwise. Secrets abound and along the way we experience a very steamy M/M relationship which becomes more. Some shocking secrets are revealed which make the ending…Sorry, can’t say because it would give too much away. Suffice it to say that this is an intriguing story, which I couldn’t put down with an HEA of unexpected proportions.
I volunteered to review an ARC of this book through Gay Romance Reviews and I highly recommend it for readers of M/M romance who like a thrilling mystery.
Read more
Helpful
Report abuse

Obsidian88
4.0 out of 5 stars What a ride!
Reviewed in the United States on June 6, 2021
Verified Purchase
This story was like a LMN movie of the week. A married couple who haven't been getting along invite a third into the relationship. Things are great until they aren't.

I felt sorry for Scott. I mean yeah he's a busy doctor starting up his own practice so his time was going to be limited. And Garrett was not understanding at all. He was a spoiled brat. Logan, seemed to be happy with both of them.

But then things weren't always as they seemed.

J.S.
VINE VOICE
4.0 out of 5 stars Good read
Reviewed in the United States on May 23, 2021
Verified Purchase
This was a good read. The story was good, but would have preferred it in 3rd person. There are some twists and turns, but not really anything unexpected. I give this 3.5 stars.
Read more
One person found this helpful
Helpful
Report abuse

Thomas L. Wallace
5.0 out of 5 stars OMG!!!!!!
Reviewed in the United States on May 25, 2021
Verified Purchase
This book has everything! Sex, greed, mystery, sex. Once again, Irons delivers a perfect summer beach read! I can't wait to read what the author has next!
Read more
One person found this helpful
Helpful
Report abuse

Judith A. Orr
1.0 out of 5 stars Not for me
Reviewed in the United States on June 16, 2021
Verified Purchase
I have nothing against homosexuals. I did not however enjoy reading all the bad language. Did not finish, just not for me.
Read more
Helpful
Report abuse

Jamie Garofano
5.0 out of 5 stars He did it again!
Reviewed in the United States on June 26, 2021
Verified Purchase
Like Brittney says, Opps I did it again and ladies and gents he did it again! This book didn’t disappoint! It has everything you’d want in a book for the beach or pool. Suspense, sex, and drama!
Read more
Helpful
Report abuse
See all reviews

Jacquie
4.0 out of 5 stars Dark, obsessive
Reviewed in the United Kingdom on June 22, 2021
Verified Purchase
While I don't want to say much so I don't spoil it, this isn't a typical romance. It's dark with all involved being liars and cheats, but oddly I liked that about them. Told in dual pov it switches at a key point. I think the pacing was a little off for me at the start which is why it's a 4 rather than 5 star rating
Read more
Report abuse

Tanyawriter
5.0 out of 5 stars Trio
Reviewed in the United Kingdom on June 16, 2021
Verified Purchase
They are married but long hours and work is pulling them apart, a new pool guy is about to add some spice. The male couple may just invite the pool boy into their bed. Can it work? Will it cause more problems? See how this will end
Read more
Report abuse

C.
4.0 out of 5 stars Not a romance!
Reviewed in Brazil on July 1, 2021
Verified Purchase
A story that will keep you on the edge of your seat. It has suspense, angst, lies, drama, twists and turns, and some hot hot hot stuff happening. The more you read, the less you know who is the one lying and who is being blindsided, or maybe everyone is lying!

Like the author's first book, Rippling Waters looks like a Netflix show, an addicting one for sure. I couldn't put it down.
Read more
Report abuse
See all reviews