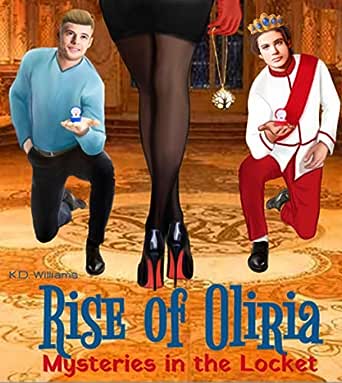 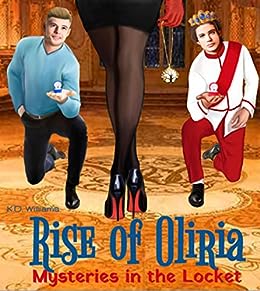 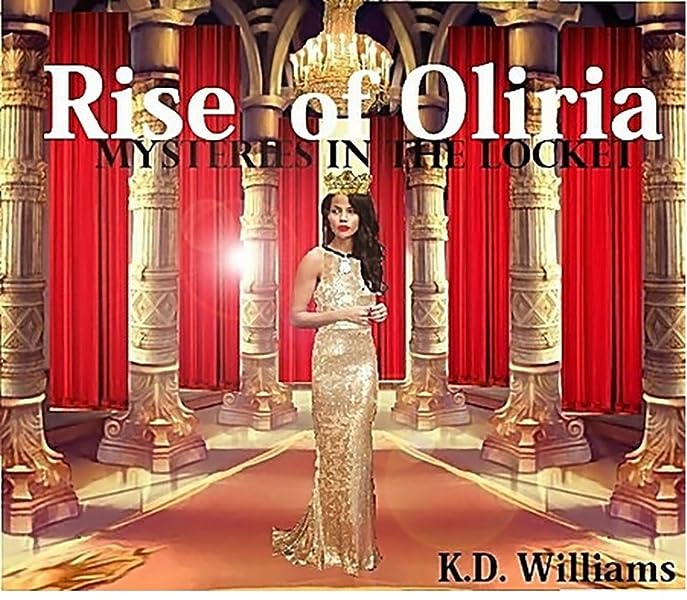 Rise of Oliria: Mysteries in the Locket Kindle Edition

Sarah Errans
4.0 out of 5 stars Finally, something new!
Reviewed in the United States on April 25, 2014
Verified Purchase
I'm tired of the same old same old and was hesitant to buy another young adult novel. Good thing my friend convinced me that the cover looked good enough to try. I told her to read the first five pages and tell me what she thought before I even took a peek. She said it was good, so I trusted her. I'm glad I did.

Rise of Oliria is about a young queen in charge of a utopian island (never read about utopian islands before). She decides to let citizens in, which hasn't been done in a while, and she has to make sure she can rule the country even though there is new chaos based on her decision. The characters actually change throughout the book and the premise is my favorite part. It's about a autumn leaf...but that's all I'm saying *I don't like to give away spoiler.

I recommend this book to anyone who is tired of reading the same crap and wants something different. Also, if you like young adult fiction, then this is best for you.
Read more
2 people found this helpful
Helpful
Comment Report abuse

Amazon Customer
5.0 out of 5 stars Who is K.D. Williams?! Can you say Hero
Reviewed in the United States on January 23, 2017
Verified Purchase
The story line of the book is very captivating and I found myself very connected with the characters. Overall a great story that I'd consider reading again if I was looking for a good read.
Read more
Helpful
Comment Report abuse

Sean
5.0 out of 5 stars This story really does have more to it than meets the eye
Reviewed in the United States on November 13, 2018
I checked this book out on a friend’s recommendation. There is a real
world of tomorrow vibe to everything, but Williams writes in such a
way that the question of, “Is this science fiction?” never has to be
answered because I was mostly focused on the characters and their
connections to each other. The technology they use is given just
enough detail to complete the setting.

From the first couple of scenes we already see Queen Jinalie making
some new ruler mistakes. She is easily baited and is on a mission to
prove herself. However, much of her motivations are understandable,
she is given the crown at a very young age. She succeeds some of her
country’s greatest leaders and it seems the citizens themselves are on
edge about her every decision. A big theme of this book is dealing
with the unknown, and deciding what’s best for the people. It’s not
hard to relate to the main character though. We are shown that even
her closest advisers are working with bad information.

Williams is excellent at describing Jinalie’s feeling to her existing
advisers and servants. This goes a long way when we understand how she
feels about some of the newly accepted citizens and meets with some of
them directly. To truly know her best allies, she puts herself out
there in some very vulnerable positions. I never once questioned
Jinalie’s naiveté. It feels genuine, even when the reader knows what’s
really happening behind the scenes, so to say.

When you’re the most technologically advanced country in the world
that keeps its borders closed, you are going to develop a lot enemies.
Oliria’s best asset and weapon is its technology. At first glance, the
technology aspect of this story appears to be just world building. But
it’s when we see the plot device reference older details and make use
of them in some very creative ways that the experience becomes
surreal.

Who is this story for? The pace of the story feels fresh and
introduces humorous and gratifying scenes at just the right time. I’d
say it’s for young adult readers for sure, but there is a lot more
happening under the surface. As a science fiction fan, I can really
appreciate that. Innocence should be celebrated and protected.
Read more
Helpful
Comment Report abuse

cambo
5.0 out of 5 stars Good read
Reviewed in the United States on June 8, 2015
loved the story , not many books get my attention and my enthusiasm to read it quickly but this did. read and enjoy.
Read more
One person found this helpful
Helpful
Comment Report abuse
See all reviews