Bring your club to Amazon Book Clubs, start a new book club and invite your friends to join, or find a club that’s right for you for free.
Explore Amazon Book Clubs
Flip to back Flip to front
Listen Playing... Paused   You're listening to a sample of the Audible audio edition.
Learn more
See all 4 images 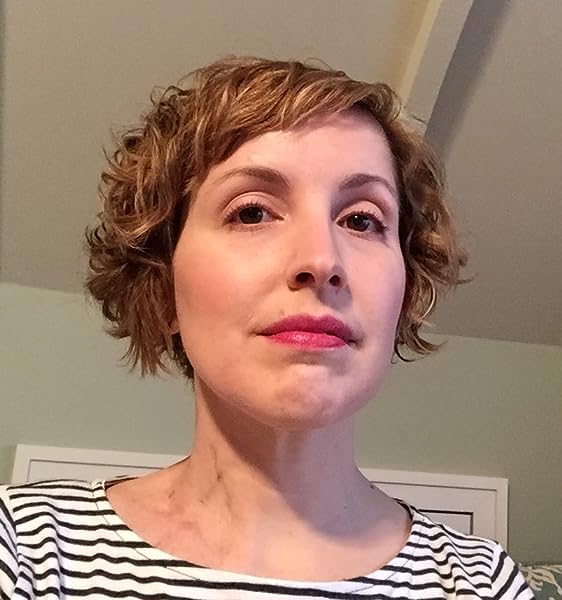 The parallel stories of Mellie’s discovery of Bert, the search for Y-91, and Bert, as he pursues a mission of his own, will keep young fans of the slightly spooky turning pages…and eager for the next installment...Enjoyably mysterious.
—Kirkus Reviews

LaReau (the Infamous Ratsos series) credibly weaves real-life strands into the plot—Mellie resents her lifestyle blogger parents’ preoccupation with their work, is anxious about presenting her school report, and tries to deflect a bully’s taunts...Energetic pictures by Andrews (The Dollar Kids) add to the story’s mood.
—Publishers Weekly

This first in a planned series delivers an entertainingly foul-looking feline hero with a death stare...This could make an eventful quick read for youngsters who want to dabble in early horror without getting too scared.
—Bulletin of the Center for Children's Books

Ryan Andrews is the illustrator of The Dollar Kids by Jennifer Richard Jacobson. He is also a comics artist, and two of his web comics have been nominated for Will Eisner Comic Industry Awards. He lives in Fukuoka, Japan.

Start reading Rise of ZomBert (The Zombert Chronicles) on your Kindle in under a minute.

S. M. Schaefer
2.0 out of 5 stars Too expensive for such a short book.
Reviewed in the United States on September 14, 2020
Verified Purchase
My 10 year old son and I both found the book enjoyable, but it completely left us hanging. It was just an introduction and lacks sufficient resolution to feel like it should have been published as an installment. For the cost, it should be more complete and not serialized.
Read more
Helpful
Comment Report abuse

Pop Bop
TOP 100 REVIEWER
5.0 out of 5 stars Odd, But Likable
Reviewed in the United States on July 15, 2020
This is not your standard issue zombie pet book. It has some edge, a bit of grit, and two heroes who are more engaging and realistic than usual.

I've read about zombie hamsters, guinea pigs, dogs, and rabbits. Those books are usually silly, good for laughs, or have a strong fantasy element. This one, though, is more like "Mrs. Frisby and the Rats of NIMH" meets a middle grade slice of life tale. And I mean that in the best possible way.

Our animal hero, Zombert, is an escaped lab animal. He may or may not be developing as yet undisclosed super powers, (a la "Secrets of NIMH"). Alternating chapters are written from his point of view. And he's not written as a wiseguy sidekick, or a deadpan funny narrator, or a cute character. He's written as a cat with highly evolved reasoning powers. He tracks, kills, and eats things. He is a wild animal who wants to survive, exact revenge on the lab, and maybe find a friend and "family" with the book's heroine. This is not a cuddly guy; one of the first things he does when he is taken home by our girl is tear the heads off all her plush toys, because he's really, really hungry.

As to the kid heroes, we have the lead heroine, Mellie, and her guy pal, Danny. Mellie has some family issues, (that mostly just pad the book in a realistic way), but she is smart, loyal, resourceful, decisive, and a soft touch for a sad sack beaten up feral cat. Her pal Danny is a stand up guy who is her equal in terms of smartz, imagination, and team spirit. They work together easily and convincingly, and this may be one of the best "buddy" teams I've read in a while. They encourage each other, challenge each other, and support each other whenever the stakes get high. Excellent role models.

There's a lot of action here. Zombert gets stronger and tougher and it's never clear whether he's going to be a good guy, a bad guy, or something more interesting. Mellie and Danny wake up to the fact that something's going on fairly early, so we don't have any of that "no one believes us, especially the adults" stuff that can weigh down a book and bring it to a halt. Of course there's a corporate villain and sneaky henchpersons, but even that's done with a bit of tongue in cheek.

This is all lightened up by some funny set pieces and a lot of realistic middle grade banter and some nice, edgy throwaway lines and observations. This is not a "horror" book, although a lot of birds get eaten by Zombert, and Zombert's thrill at a successful kill is a bit of a non-cartoony surprise. The illustrations are top drawer - they capture the characters and illustrate the action nicely. This isn't a graphic novel, but the occasional drawings added more punch than I expected.

My big warning is that, (SPOILER), this is a setup book that gets all of the pieces in place and then just ends. Nothing is resolved, but you can see exactly where Book Two is going to start, and you can suspect where it's going to go. I was O.K. with that because the setup was so entertaining.

So, this is a series about which I can honestly say I'm looking forward to the next volume. And that's a very good thing. (For what it's worth, the author of this book is also responsible for the Ratsos series, (sweet and upbeat), and the Bland Sisters, (deadpan funny and masterfully ironic), so she's really on a roll.)

(Please note that I received a free advance ecopy of this book without a review requirement, or any influence regarding review content should I choose to post a review. Apart from that I have no connection at all to either the author or the publisher of this book.)

misspider
3.0 out of 5 stars Beware of the zombie cat
Reviewed in the United States on July 15, 2020
The story about ZomBert the cat, which escaped a laboratory and was found by Mellie and her best friend Danny. The cat has some unusual hunger for animal heads only, leaving the bodies for Mellie to find. Meanwhile, Mellie and Danny have to face the school bully and YummCo, the corporation ZomBert escaped, is on the hunt for him. What's so special about this weird cat?

While I loved the plot, I could not really bond with the characters. Mellie and Danny were OK, Mellies family and the YummCo people were ridiculous and annoying. And while I knew this was the first book in a series, the ending came so abruptly right in the middle of things that at first I wondered whether the ebook file was defective and missing some pages. Overall, an enjoyable read for young readers, but make sure to have the sequel ready or you might end up 'cliffhanging' disappointed.

(thanks to netgalley, the author, and the publisher for a copy of the book, all opinions are my own)

Meisha (ALittleReader)
3.0 out of 5 stars Fun Short Story
Reviewed in the United States on October 6, 2020
This was a clever, cute, short book. I can see elementary school kids having fun with this one! It keeps you guessing throughout the book on whether or not Bert is actually a zombie. And although it’s easy for an adult to assume the answer to that, I still think a child would be kept guessing through the whole thing.
I also really liked the cat, Bert. He was definitely my favorite character in the story. He did things that anyone with an appreciation for cats would find funny or humorous. The book also sprinkles fun facts about cats throughout the entirety of the book. Again, I think anyone who has an appreciation for cats or little ones wanting to learn about them, would love that aspect.
All that being said... Nothing was answered by the end of the book. It was almost like the author wrote a full book and then decided to section it off to sell it as a series. I would have preferred it to just be one longer book rather than a bunch of really short ones that end abruptly.
Read more
Helpful
Comment Report abuse

Annarella
5.0 out of 5 stars Highly recommended
Reviewed in the United States on August 5, 2020
I loved this well written book, it made me smile and root for the characters.
It's engrossing and entertaining, the characters are well thought and the setting is interesting.
I loved Bert, a very special cat, and I loved the kids. I also appreciated the description of the social network obsessed family.
I can't wait to read further adventure of Bert and his friend.
Highly recommended.
Many thanks to the publisher and Netgalley for this ARC, all opinions are mine.
Read more
Helpful
Comment Report abuse

Dad of Divas
5.0 out of 5 stars Crazy and fun cat
Reviewed in the United States on November 14, 2020
This was a fun story that lets you learn about ZomBert that escaped from a laboratory and was found by Mellie and Danny. The cat is a Zombie Cat and wants to eat the heads of animals and it is Mellie and Danny that has to handle the aftermath of this appetite. On top of this ZomBert is being chased by others and Mollie and Danny have to keep ZomBert safe. This was a fun story for kids and you will want to read the sequel as there is a bit of cliffhanger at the end.
Read more
Helpful
Comment Report abuse

Jess
5.0 out of 5 stars Loved it!
Reviewed in the United States on July 19, 2020
Mellie and Danny find a cat behind a dumpster only to discover it has a taste for heads and a knack for beheading animals, real and stuffed.

I loved this book! On the surface, it’s about a brain-eating zombie cat, but it’s also about family, friendship, and finding your place. Add to that a fast-paced story and genuine humor and this book is a winner! I can’t wait to read the next book in the series.
Read more
Helpful
Comment Report abuse
See all reviews