You've subscribed to The Billionaires Club! We will preorder your items within 24 hours of when they become available. When new books are released, we'll charge your default payment method for the lowest price available during the pre-order period.
Update your device or payment method, cancel individual pre-orders or your subscription at
Your Memberships & Subscriptions
There was an error. We were unable to process your subscription due to an error. Please refresh and try again. 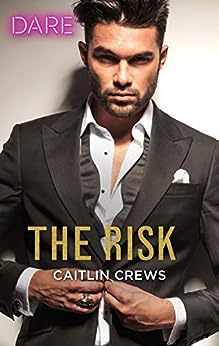 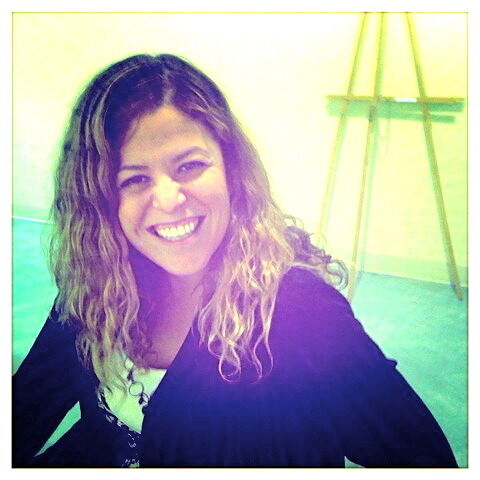 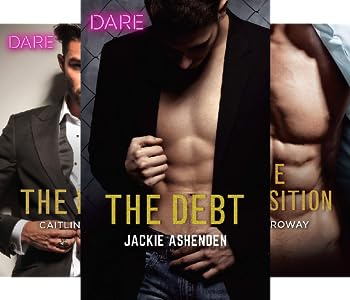 "THE RISK is amazing. The chemistry between Sebastian and Darcy is really explosive in more ways than just the bedroom. (. . .) Author Caitlin Crews has a way of bringing a book to life that has the reader feeling as if they are there in the club, the city, watching the dancing and being voyeurs as this couple feeds off each others' needs. (. . .) THE RISK is a well written, a bit dark, thought-provoking, steamy but still a rather sweet romance, that will have readers looking for more like it.” –Fresh Fiction

“Be prepared to have steam curling off of your kindle with this one! Sebastian and Darcy’s first encounter is one of the hottest things I’ve read by this author. (. . .) If you’re looking for a compelling, sensual character driven story, I highly recommend The Risk. I can’t wait to read more in The Billionaire’s Club quartet!” –Harlequin Junkie

bowler mama
3.0 out of 5 stars It not bad
Reviewed in the United States on October 9, 2019
Verified Purchase
It was ok I never connected to Darcy not really. Ash was in the writing was ok I had at points a hard to time following the narrative but the story was decent.
Read more
One person found this helpful
Helpful
Report abuse

Darcy, our heroine, has been in the corps de ballet with the Knickerbocker ballet company in New York City for a decade. Having studied ballet for well over a decade myself, the depth of commitment her choice of career requires and her willingness to keep on striving says a great deal about her--but after 10 years of the brutal demands ballet makes on the bodies and souls of its dancers, she's still in the corps de ballet, dancing in the background, and has not yet advanced to the more elevated status of prima ballerina, and she's beginning to realize she may never reach her goal.

Darcy's friend and fellow ballet dancer, Annabelle, is quite kinky and free spirited, and she has been selling her body and working as an escort to supplement her income and to let her kink fly, but she has a conflict and needs Darcy to take her place as a burlesque dancer in an ultra exclusive Paris nightclub for one night. Annabelle, who shares a small apartment with Darcy, is aware of Darcy's favorite fantasy, spending the night with a strong, alpha male who will pay a lot of money for the privilege of controlling her, and demanding her submission to his every sexual whim. Eventually, Darcy agrees to replace Annabelle, and it's while dancing at that exclusive and private club, that she locks eyes with just the type of man she hoped to find, Sebastian, sitting right in front, and he finds himself enthralled and entranced by the lithe and lovely woman dancing on stage. He pays the club for a night with her, and what a night it is. If erotica and BDSM are not your thing, this book is not for you. If you are into it, prepare for some of the sexiest prose it's been my pleasure to read for quite some time. When Sebastian wants to purchase a second night, Darcy refuses his request, having fulfilled her fantasy, and she returns to New York. These two know virtually nothing about one another, not even their last names, but Sebastian manages to eventually track her down, propose an arrangement based on their incredible sexual chemistry for an indefinite period of time, and, eventually, having been unable to forget their one night together, Darcy agrees to his request--but what will become of their very specific arrangement?

Again, prepare yourself for a lot more steamy sexual encounters, and also be prepared to learn that although Darcy may be sexually submissive, she wants to delve deeper into Sebastian's life, learn his secrets, learn why he can't seem to open up to anyone, including her, learn why he has such low self-esteem, and why he considers himself both unlovable and incapable of loving anyone. Ms. Crews has, in this rather short novel, delved deeply into the minds, souls and hearts of these two very private, very self-contained characters to show the reader who they really are, what drives them, and why they make the decisions they do, and, quite honestly, I found it virtually impossible to put this novel down until almost dawn.

I consider The Risk to be Caitlin Crews' sexiest novel to date, and also the one where she displays an uncanny ability to let the reader climb inside the psyches of these two memorable characters and walk around in their shoes, and I'm happy to recommend it, but, be forewarned, this is definitely not a novel for the 18 and under reader. Personally, I can't wait to see how she's going to top this one.

I voluntarily read an advance reader copy of this novel. The opinions expressed are my own.
Read more
Helpful
Report abuse

Marcia Karon
4.0 out of 5 stars Captivating characters
Reviewed in the United States on November 8, 2019
I did not read the first book in the series and read this as a stand alone. I read an ARC from NetGalley.com and this is my voluntary and unbiased review.

Darcy and Annabelle have been friends, roommates and professional ballet dancers at the Knickerbocker Ballet for years. After ten years of dancing, despite their hard work, dedication and toll on their bodies, they realize that they will never rise above the corps and become a Prima ballerina. And even though they are still in their twenties, inevitable retirement looms. Annabelle is very promiscuous and has obtained an invitation to perform a one night burlesque routine at an exclusive sex club in Paris, which pays extremely well. But when she is offered to understudy a Principal, she talks Darcy into taking her place, with the opportunity to not only get paid well, but live her fantasy- having a stranger take care of her body and her needs.

Billionaire Sebastian has held himself in penance from a mistake he made years ago. An error in judgement, made out of arrogance not intentional, but it cost him his best friend and half brother and he now believes that he does not deserve love, because he has only hurt those he loved. But when he spots Darcy performing at the M Club, he is mesmerized, and claims her, as soon as she finishes her dance, a dance that has set her free, since she could do what she wanted and not the ridged dictates of a dance master. The night they spend together, changes them both, but when Sebastian demands another night, Darcy refuses, afraid that she will fall in love with the man and flees back to NYC. However, when Sebastian can not get the little dancer out of his mind, he searches and finds her. Can they unlearn the cruel lessons that they learned from their parents, and find freedom and love with each other?

Captivating characters, insights into the world of ballet and an unusual plot made this a book well worth reading.
Read more
Helpful
Report abuse

Marsha @ Keeper Bookshelf
VINE VOICE
4.0 out of 5 stars Sexy, Emotional - love this series
Reviewed in the United States on October 2, 2019
THE RISK brings us Sebastian’s side of the family issues we encountered in THE DEBT, his brother Ash’s story. Family dynamics always fascinate me and now seeing both sides of their conflict makes it much easier to understand each man. Sebastian and Darcy’s story is going to steam up your e-reader to the boiling point. If you aren’t comfortable with a bit of kink, some dominance then this story may not be for you – but the Harlequin Dare™ line is known to be spicy and hot.

Darcy is a complex character shown with simplicity. She’s devoted to her art but she wants more, and for once she’s going for what she wants. That one night will change everything and bring her pain and joy that she never expected to experience. Sebastian is wounded, his decisions have been based on his past yet this woman reaches him in a way he never expected. And he’s not sure what to do with these emotions so of course, he makes mistakes – big mistakes. Watching them find their way through the sexiness to the deep love that developed between them was a sexy, enjoyable journey.

I enjoyed THE RISK. Yes, it’s as hot and sexy and dominate as possible – but there are emotions at work as well, and seeing Sebastian break free from his past and Darcy embrace a different future made this one much more than a hot, kink romance. If you love a sexy couple who find that perfect blend of sex and love together then you’ll want to pick up this series – I’m already anticipating the next story to come.

*I received an e-ARC of this novel from the publisher via NetGalley. That does not change what I think of this story. It is my choice to leave a review giving my personal opinion about this book.*
Read more
Helpful
Report abuse
See all reviews