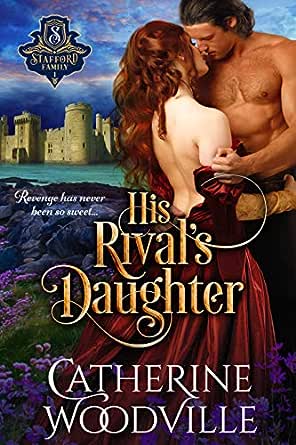 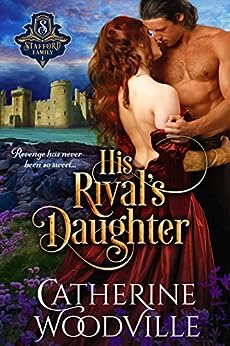 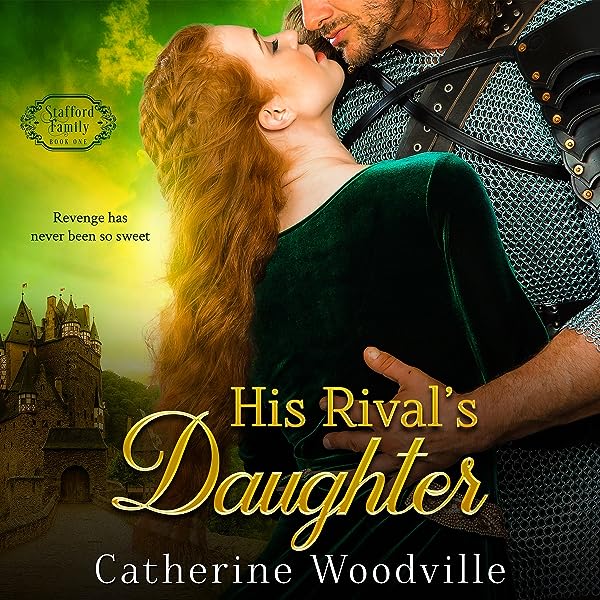 Heather ss
3.0 out of 5 stars Ok
Reviewed in the United States on November 3, 2019
Verified Purchase
Good starting , Elizabeth wishes to escape her father and her betrothed both cruel. So she seems help from the man who wants revenge . Once away she learns he actually kidnaps her. Yet she fall for him even though he still loves Jane the woman her father just married.

I did enjoy the first half but just too much back and forth he is mine , she is mine amongst most the characters it was too soap operish to me in medieval style. Even though it wasn't my favorite I do still recommend giving it a try the characters do stay true to their personality and feelings.

sora
5.0 out of 5 stars Beautiful
Reviewed in the United States on November 23, 2019
Verified Purchase
It is a beautiful story full of passion, revenge, and love . It is a story of kindness and darkness.
Read more
One person found this helpful
Helpful
Report abuse

Ms. A
4.0 out of 5 stars Really Good
Reviewed in the United States on May 4, 2020
I read this book because this was a new author for me. And I liked the plot. It was well-written with few errors. The story was riveting. There were several love scenes among different characters but nothing crude or obscene. Each of the characters are interesting.

The hero is not a tortured hero but a blinded by infatuation hero. And yes, in the process he caused the heroine hurt. There was no infidelity in terms of sexual relations, only emotional ones, which added to the drama. He married the heroine and went on a journey of falling in love only to be pulled back to his old love when she got “hurt”. The innocent heroine is mature and smart. She handled herself well and she showed backbone during the times it really mattered. There was more than one villain. So the twists and turns made for a good story. The love story was not overshadowed, though. I gave this four stars because I went on a journey of almost truly hating the hero and the villains but come the revelation part I felt it was lacking in comeuppance for the villains and groveling for the hero. I just felt the need to have a journey of redemption after the wrong done. There also some revelations and closures that needed to have been done. The story should have another chapter or so for this. The story was begging for an epilogue (or was it just me?).

I truly enjoyed reading this book and I am looking forward to other books in this series by this author. Please write about the brothers of the hero and the heroine’s brother.
Read more
Helpful
Report abuse

Deana Aria
2.0 out of 5 stars Strong start, weak ending
Reviewed in the United States on October 3, 2020
Disclosure: I received a copy of this book from Book Sirens in exchange for an honest review. This has in no way affected my review of the novel.

This was more of a bodice ripper than I usually read with much ado about a certain “large manhood,” but I gave it a go anyway. Sigh.

Elizabeth de Vere lives a bleak existence as the only daughter of a minor lord. Mostly ignored by her father, she looks forward to the day she can make her own choices when she is informed she is to marry the handsome but abusive Sir Humphrey in order to align their Houses. Feeling trapped like a rat in a maze, Elizabeth looks for any avenue of escape, even if that avenue is the arch nemesis of her powerful father.

William Stafford is out for revenge against John de Vere, Earl of Harmton, who stole not only his lands and title, but also his beloved, Jane, who is set to marry de Vere. What better way to avenge his losses than to seduce and wed his only daughter Elizabeth?

What started as a dual plan of escape and revenge turns into something else - something that smolders and sparks like the embers of a fire. Elizabeth, an innocent in the ways of men, starts getting all the feels when she is with William, while he, against his wishes, feels himself reacting to her in ways he never felt before, even with Jane.

So I was very conflicted when rating this book. I felt it had an extremely strong beginning and middle, but somewhere around the last 20 percent, the story devolved into something trite, predictable, and bizarre.

I was eagerly devouring William and Elizabeth’s trials - the jealous obsessions of Humphrey; the evil vindictiveness of Jane - but then it got to be a bit muddled. Endless battles on horse to rescue/snatch up Elizabeth abound. William becomes an unbelievable jerk in some moves which do not at all fit within his character. Everyone seems to be cuckolding everyone else. There is betrayal and misunderstanding and poisoned wine and some greasy lip smacking. The romance scenes left me wanting, and I won’t even waste time on the more intimate scenes *snore*. And honestly, my favorite character was William’s brother, James. He also happens to have the best kissing scene, too.

I really, really wanted to continue liking this book toward the end as much as I did in the beginning. But the ending seemed rushed, and that’s about the same time everything else started to go downhill.

Suffice it to say that were I Elizabeth, William’s “large manhood” would be needing some Advil about now.

Lail@LCReads
3.0 out of 5 stars Love Triangles
Reviewed in the United States on December 14, 2020
This is an action packed story of blind love, obsession, lies, treachery, swordfights, and love triangles. I loved the female villain, who was fun to dislike! I enjoyed the characters and story line through the first half of the book, but hit a wall struggling to accept how easily the main hero was able to turn against his loving wife, casting her out of his site, and not weighing everything he knew and felt about her and what he was believing she had done. Yet, he took the word of the bad guy who wanted his wife for himself, and who continually lied to him and he never believed him about anything until he said his wife was the mole feeding the bad guys information! However, pushing the story in that direction was preposterous and didn’t make any sense with the storyline up to that point. The same thing happened with the heroine’s brother and his strange change in personality! I couldn’t get past it along with several loose ends that weren’t tied up or sufficiently addressed by the end. There’s a good story there that just needs some revisions and to tie it all together to get my 5 stars. The author is new to me and I will read other books by this author.

Julie
4.0 out of 5 stars Enjoyable but too many questions remain
Reviewed in Australia on February 2, 2020
Verified Purchase
I thought the book started strongly, especially towards its heroine Elizabeth. However, the hero of the piece is actually not that likeable. He is a weak man who then treats Elizabeth terribly. It's hard to then sympathise with her when she so easily forgives the twit.
I thought the female villain Jane was great, much better than the standard male villains. However, there were too many unanswered questions, especially regarding Edward's behaviour towards Jane when he catches her in all these lies.
Read more
Report abuse
See all reviews