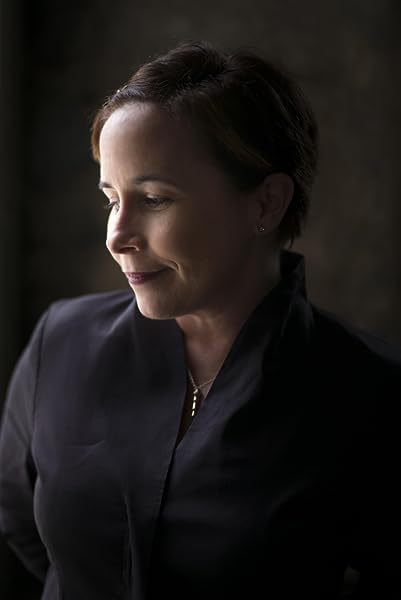 **STARRED REVEW**
"A narrative that challenges the stereotypical stories of domestic violence, Riverland is painful and heartwarming all at once . . . A must-read."
, Booklist

"The important topic of physical and emotional abuse in families is sensitively portrayed."
, Kirkus Reviews

**STARRED REVIEW**
"Wilde approaches the difficult subjects of domestic violence and emotional abuse with the care and respectful treatment that they deserve, using the fantastic to symbolize and illuminate the complex emotions her characters experience. About courage and truth overcoming denial and fear, Riverland is an important book."
, Shelf Awareness

"Wilde (Updraft) skillfully blurs the lines of fantasy and reality in a haunting middle grade story of sisters connected through trauma and a shared mythology . . . Beneath the surface of Wilde’s fantastical metaphors lies the far more chilling and profound portrayal of domestic abuse and the lengths to which people can go to deny the most painful of truths."
, Publishers Weekly

"Eleanor is a very believable heroine, with faults typical of any middle schooler. In the end she has to solve the problem herself and does so."
, School Library Connection

"Wilde concocts a heartbreakingly anxious story as Eleanor walks on eggshells to protect herself and her sister from their abusive parents . . . The lens of house magic for physical and emotional abuse acts as a buffer, allows the story to avoid a preachy tone while still accurately depicting the hurdles a child in a stifling household must face."
, The Bulletin of the Center for Children's Books

Fran Wilde is the award-winning author of Riverland, which won the 2020 Andre Norton Nebula Award, and The Bone Universe trilogy, which won the Andre Norton Award and the Compton Crook Award. She also writes for publications, including the Washington Post and Tor.com. She lives in Philadelphia with her husband, daughter, dog, and a LOUD parakeet.

Start reading Riverland on your Kindle in under a minute.

This is a book for kids. It's also a book for adults, whether you remember, forgot, or never knew what it's like to be a child in danger. It's also very much a book that captures the reality of how kids, siblings especially maybe, can take care of, and feel a deep responsibility for, each other and for their family in a way that can be hard to understand for outsiders and adults.

That sense of kids trying to hold the world together, of fixing the cracks in their reality through sheer force of will and imagination. that sense of "if I say it is so, then it will be"... is captured so well. As I found this morning, it's very hard to put this book down.

"There's no happily ever after....and there are monsters, and that's not fair. But once upon a time, there were two sisters who rescued each other."
"And we kept on doing that, until we didn't need to anymore...."
Read more
2 people found this helpful
Helpful
Comment Report abuse

Brian P. Bilbrey
5.0 out of 5 stars Wonderful writing, transfixed me from start to finish
Reviewed in the United States on June 23, 2019
Verified Purchase
Fran Wilde's Riverland. A tale of two sisters coping with an abusive home environment as best they can, including telling each other tales of "house magic". But when Father breaks the fishing float (aka the Witch Ball), the boundary between reality and the world of dreams begins to break down, and it's up to the sisters to save each other, and rebuild the walls that protect reality from the river of dreams. The story transfixed me. Fran is a weaver of tales who has taken her third drink from the spring of Hippocrene. She's a Grand Mistress of climbing inside your head and telling you about broken families, loyalty, and hard decisions, all wrapped up in a pretty story so that you'll stick around for the important bits. HIGHLY Recommended!
Read more
Helpful
Comment Report abuse

Kindle Customer
5.0 out of 5 stars Middle Grade portal fantasy tackles coping with abuse through magical thinking
Reviewed in the United States on August 18, 2020
Verified Purchase
I loved this book. It is now one of my favorite portal fantasies. It just spoke to me on such a deep and personal level. I think it will resonate with anyone who has used magical thinking to cope with scary aspects of their lives. Like when you feel like you have no control or power in your own world. When some place or some person is supposed to be your fortress of solitude, but they instead bring you pain and conflict. What else can you do but convince yourself that this is not your world, and you belong somewhere else?

Eleanor and Mike (Mary) are sisters living in an ancestral home on the river. Their parents are busy and stressed out trying to develop the land along the river into a housing development. Their stress spills over into their home life, and as the girls do their best to behave the way their parents expect (which in many ways is not how any kid acts!), cracks are forming in the family bond.

But that is not the only place that cracks are forming: the magical river world that exists in tandem with our own is springing leaks, allowing nightmares and other monsters into our own world. Eleanor and Mike soon discover that they must summon the power to fix those leaks, just when they have become convinced that they have no power and no way of getting help.

I felt waterlogged along with the girls, and Riverland made me feel the way I felt watching Pan's Labyrinth and What Maisy Knew. I was holding my breath alongside them, hoping they would find their courage.
Read more
Helpful
Comment Report abuse

Marzie
5.0 out of 5 stars Best middle-grade novel of 2019.
Reviewed in the United States on June 20, 2020
Verified Purchase
A novel for every child who has experienced not being able to bring a friend home from school because their family is "different" or "has rules."

I cannot say enough how much I love this novel and its masterful approach to children dealing with domestic violence in their home and family. It manages to be both poignant and accessible and to teach children the importance of identifying an adult they can trust. A novel that highlights sisterly love and devotion, I heartily hope it continues to cut a wide swath through the awards season. Thoroughly deserved. The best middle-grade novel of 2019.

Evan Barber
5.0 out of 5 stars A touching portal fantasy about abuse
Reviewed in the United States on August 21, 2019
Verified Purchase
Fran's writing is clear and her ear for dialogue of these two siblings is spot on. While I initially bought this book because I was on a portal fantasy kick, I actually found myself just falling for the characters and really rooting for them to find happiness in their abusive home. It's a beautiful book!
Read more
Helpful
Comment Report abuse

Baz
3.0 out of 5 stars Creative but lengthy use of an imaginative analogy
Reviewed in the United States on July 23, 2020
Verified Purchase
No doubt that Fran Wilde can spin some beautiful prose! This story felt targeted to those that can relate to the combination of abusive households and sisterhood. I'm not sure what I was hoping for at the end, but likely the age genre might have required a softer landing than I was expecting. A good read.
Read more
Helpful
Comment Report abuse
See all reviews