The Road to Frogmore: Turning Slaves into Citizens and millions of other books are available for Amazon Kindle. Learn more 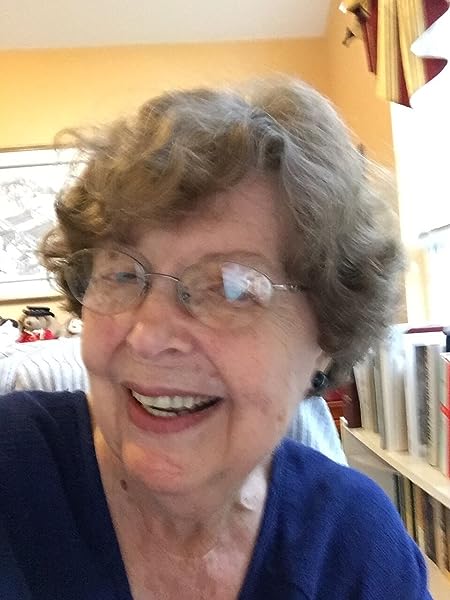 The Road to Frogmore: Turning Slaves into Citizens Paperback – October 30, 2012

Carolyn P. Schriber is a Professor Emerita in the History Department at Rhodes College in Memphis, TN. Since retiring she has written several other books on the Civil War in South Carolina: A Scratch with the Rebels; the award-winning novel, Beyond All Price; and a collection of short pieces, Left by the Side of the Road: Characters without a Novel. She has also written a handbook on publishing called The Second Mouse Gets the Cheese: How to Avoid the Traps of Self-Publishing. Read more about her work on her website at www.katzenhausbooks.com. She now lives near Memphis with her husband and five lovable but opinionated cats. When she is not engaged in her duties as president of Mid-South Lions Sight and Hearing Service, a non-profit charity connected with Lions Clubs International, she writes and enjoys traveling to do more research in the Low Country between Charleston and Savannah.

Start reading The Road to Frogmore on your Kindle in under a minute.

Elizabeth Jacoway
5.0 out of 5 stars Heart-wrenching and uplifting story
Reviewed in the United States on June 18, 2014
Verified Purchase
Carolyn Schriber's The Road to Frogmore is a heart-wrenching and uplifting story of Northern attempts to shape the lives of former slaves in transition to a poorly defined "freedeom" on one of the South Carolina Sea Islands, St. Helena. My own book, Yankee Missionaries in the South: The Penn School Experiment, picks up the story line forty years later and carries it through the demise of the school in 1948. Schriber's fictionalized account of the founding of Penn School is heavily researched and impressively true to the known historical facts, but it gives flesh and blood to the conflicted individuals, both Abolitionists and adventurers, whose motivations in coming South were oftimes at cross purposes and occasionally considerably less than noble. Schriber is a gifted writer whose sensitive portrayals of both the white and the African-American players in her drama enrich our understanding of this most American of tales. Schriber's is becoming an increasingly important voice in reconstructing South Carolina and Civil War history, and her engaging style of writing makes her a delightful addition to the burgeoning literature in these fields.
Read more
Helpful
Report abuse

Joyce Faulkner
5.0 out of 5 stars Ended up reading this one twice!
Reviewed in the United States on December 24, 2012
Verified Purchase
This book is a historical novel about the Port Royal Experiment. In 1861, after the Union Army took the sea islands of South Carolina, local plantation owners abandoned their slaves and property. This is the story of northern activists who moved into the area to support the efforts of the former slaves to work the land.

I have long been a fan of Carolyn Schriber's work. Her prose is easy to read and the historical research behind her stories is impeccable. However, I love, love, love this piece for several reasons.

First, I enjoyed the way she played with point of view ... vacillating back and forth between third person omniscient while describing the community of abolitionists and the first person narrative of Rina a freed slave. This is a literary technique that I especially enjoy....and in the case of this novel, using Rina's voice was both charming and enlightening. At first, I thought I was going to have a hard time with Gullah, the evolving mix of English and Black slang used by slaves in South Carolina in the mid 1800s. Within a paragraph, I was beginning to get the hang of it...and by the middle of the book, I realized that I was not even noticing the language because I was so absorbed in Rina's crazy, mixed-up world.

I also found found the history around this story engaging since I knew little about that aspect of the Civil War and I've never been to South Carolina. I loved the subtle and gentle depiction of idealistic abolitionist and spinster Laura Towne's relationship with her friend Ellen Murray. And, as Laura comes to realize that her iconoclastic approach to "helping" didn't always help and that these people had their own culture, their own approaches to dealing with life's various challenges, and their own view of religion, I was reminded of Robert Ruark's book "Something of Value" about missionaries in Africa. I found myself pondering this underlying theme once again -- and before I could write this review, I went back and read "The Road to Frogmore" again.

The second time, I found myself looking up the locations mentioned on Google Maps and stopping to read about the Port Royal Experiment -- realizing that the challenges faced by the people -- black and white -- who lived through this era were far more complicated than many of the write-ups I found.

This is the stuff of a great book ... storytelling yes, but also a subtle message that eats at you...and makes you go seek out more information ... and gives you something to talk about over dinner.

I'm looking forward to author Schriber's next book...whatever her topic might be.

Kindle Customer
5.0 out of 5 stars Top 10 of my favorite books!
Reviewed in the United States on June 25, 2016
Verified Purchase
This was such a great book. Well written and documented. I have recently moved to South Carolina and have read many books on the history of the state. I would say this book was a history book in a novel.
Read more
One person found this helpful
Helpful
Report abuse

PANDAMAGIC69
5.0 out of 5 stars THE ROAD TO FROGMORE
Reviewed in the United States on May 6, 2016
Verified Purchase
A outstanding book and enjoyable read. I do not remember ever reading about this project of the Gideones in the low country of South Carolina during the Civil War....but it certainly was interesting .
Read more
Helpful
Report abuse

Bradpa
4.0 out of 5 stars Creative history
Reviewed in the United States on November 29, 2012
Verified Purchase
So far it has been a good read. The "Gullah" language adds a new dimension to the story of slaves becoming citizens. The added portions that expound on actual history make it more interesting. I would recommend this to any war-between-the-states buff.
Read more
Helpful
Report abuse

Regular Patron
3.0 out of 5 stars Union occupied South Carolina 1862
Reviewed in the United States on March 5, 2013
Verified Purchase
Not the most readable, more of a chronology of an unknown circumstance of the Civil War. Interesting enough to keep you reading.
Read more
One person found this helpful
Helpful
Report abuse

Rev. Bill McDonald Jr.
5.0 out of 5 stars History that is told like Great Fiction!
Reviewed in the United States on October 2, 2014
Author Carolyn Schriber truly knows how to take real history and her imagination and weaves them into a truly great historical novel that is more non-fiction than fiction. In her ground-breaking look back at the abolitionist movement during the Civil War she creates something that opened up to me - lots of unknown history. In her book, "The Road to Frogmore: Turning Slaves into Citizens" she displays a real literary talent and technique with how she uses proper English and then switches to slave slang of the old south - mixing them both to create a realistic foundation for her plot and characters to perform and unfold with.

I thought I knew lots about the Civil War - or as some of my friends in the south refer to it - The War Between The States. But I found much of what the author writes about to be actually new information, or at least not well known. I did not realize that there was any efforts to help abandoned slaves that was going on as the war was still being fought. The Port Royal Experiment is an amazing story of heroics and love and suffering and pain and so many other emotions. It could not have been introduced and written about any better!

History lessons should all be presented in this kind of format - it is entertaining and at times very inspiring. The author's talents are showcased chapter by chapter as readers are taken on a journey of the heart and mind. I believe that real history buffs, as well as those who just love a good story will equally enjoy reading this book. It is more about human nature than war. History becomes a story of personal suffering and sacrifice. Truly a FIVE STAR effort! Well worth the read!