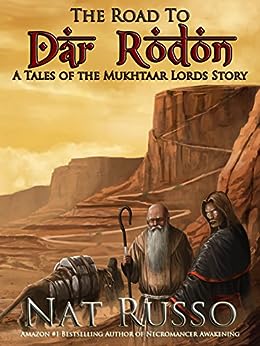 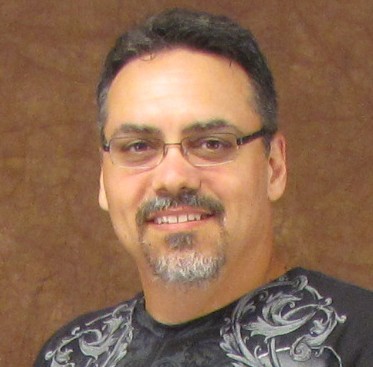 by Nat Russo (Author) Format: Kindle Edition
Book 1 of 1: Tales of the Mukhtaar Lords
See all formats and editions
Sorry, there was a problem loading this page. Try again.
Erindor, the visionary fantasy world that ignited imaginations worldwide in Necromancer Awakening, comes to life once more in a story of vengeance and redemption in this latest novelette from Amazon bestselling author Nat Russo.

Mujahid Lord Mukhtaar, leader of the twelve necromantic clans, is one of the most powerful necromancers in Erindor. In the course of a single year, he is banished from his home, forced into hiding, and separated from those who need him most. When a long-awaited trip to one of his covens ends in betrayal and death, Mujahid sets out on a journey of revenge against the last men on Erindor he thought would betray him: the peace-loving Arinian priests of Dar Rodon.

But it’s the holy season, and the pilgrim road to Dar Rodon is both heavily traveled and heavily guarded. When Mujahid comes face to face with a lone Arinian priest, he has a choice: continue his journey across the desert in secrecy and solitude, or take the old man with him to discover the reason for the priesthood’s treachery. 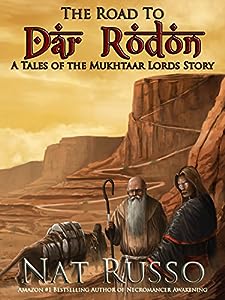 Here's what readers and critics are saying about The Mukhtaar Chronicles:

"Mind-blowingly good." - Nicholas Rossis, #1 Bestselling Author of the epic fantasy series Pearseus.
"Best book I've read this year. Nat Russo could turn into my favorite author." - Phillip Ferriera, Owner of ReviewBoard.Com
"Necromancer Awakening by Nat Russo is one of the finest examples of fantasy genre fiction I have ever seen. I started to say, "seen in a long time," but the qualifier isn't applicable, since Russo is well able to hold his own among such lights as Martin, Gaiman and Gabaldon." - C. L. Roman, Editor, Brass Rag Press

If you've been waiting for a followup to Necromancer Awakening, wait no longer.

My latest release, The Road To Dar Rodon, is a novelette set in Erindor prior to the events of Necromancer Awakening. Those of you who loved Mujahid Mukhtaar will be happy to see him make his return to the stage as the main character.

If you haven't read Necromancer, no need to worry. This is a standalone story that everyone can enjoy.

Nat Russo was born in New York, raised in Arizona, and has lived just about everywhere in-between. He’s gone from pizza maker, to radio DJ, to Catholic seminarian (in a Benedictine monastery, of all places), to police officer, to software engineer. His career has taken him from central Texas to central Germany, where he worked as a defense contractor for Northrop Grumman. He's spent most of his adult life developing software, playing video games, running a Cub Scout den, gaining/losing/gaining/losing weight, and listening to every kind of music under the sun.

Along the way he managed to earn a degree in Philosophy and a black belt in Tang Soo Do.

He currently makes his home in central Texas with his wife, teenage son, mischievous beagle, and shepherd mix.

Melody Hewson
4.0 out of 5 stars Refreshing Take On Fantasy
Reviewed in the United States 🇺🇸 on March 18, 2020
Verified Purchase
I loved this short story! The humor of the rambling priest, the "slow down and learn your lesson" moral, the description of the landscape and beasts all wove an amazingly vibrant tapestry that grabbed me right from the beginning and held me until the end.

The characters were great and I loved the internal lore and even the new take on necromancy magic. I certainly plan to look for more work from this author AND this series!
Read more
Helpful
Report abuse

Bookwyrm
4.0 out of 5 stars Great addition to The Mukhtaar Chronicles
Reviewed in the United States 🇺🇸 on December 21, 2015
Verified Purchase
Majahid is on a mission for revenge, heading for Dar Rodon to make the Arinian priests who killed his friends pay. So the last thing he wants to do is get stuck with an Arinian priest who insists on accompanying him there. But he just can't shake this priest without calling attention to himself (something he wants to avoid since he's a banned Necromancer), so he reluctantly lets the priest come along.

I don't want to give too much away, but overall I enjoyed this short read. Majahid definitely grows as a character in this novella, and he and the Arinian priest's interactions were highly enjoyable. For anyone who has read Necromancer Awakening, this is a great addition to the story. I wouldn't really recommend this to anyone who hasn't already read the main story, though, because while this short read enriched the main book, anyone who isn't familiar with it would have a hard time following the story.
Read more
Helpful
Report abuse

Ken Hughes
4.0 out of 5 stars a funny thing happened on the way to the massacre
Reviewed in the United States 🇺🇸 on October 20, 2014
Verified Purchase
Yes, Nat Russo has followed his top-selling Necromancer Awakening by giving Mujahid the master necromancer his own prequel short story. And it's not a deep, dramatic exploration of his past-- there's a moment here that prepares the ground for the events in Awakening, but despite the spotlight it gets you could almost miss it because you're just having fun.

Reading Dar Rodon is walking a few leagues in the shoes of the champion of a persecuted order, trying to carve out justice on a day where everything from treacherous soldiers to infuriating, oblivious priests seem to be getting in his way. More exactly, one particular priest-- and the byplay about guilt and killing people with compasses might be worth the tale's price in itself.

Nathan
5.0 out of 5 stars Mr. Russo delivers again
Reviewed in the United States 🇺🇸 on August 10, 2014
Verified Purchase
If you're reading this story, you must have already read Necromancer: Awakening like me and were waiting for more. This isn't the sequel we've all been waiting for yet, but it is a great, bite-sized prequel. Mr. Russo does a great job of fleshing out some of Mujahid's backstory without making it feel like he's just regurgitating some notes he has buried on his desk somewhere.

Mujahid is such a great character, and he really gets to shine in this story. But honestly, Father Dominic nearly steals the show - he's absolutely the perfect character you'd love to hate but really can't help but love.

Can you read this story if you haven't read Necromancer: Awakening first? I'm not sure, but probably. This is a completely self-contained story.

In conclusion, it's a short read, but well worth your time.

(As an aside, the cover art for this book is great... kudos to the artist)
Read more
3 people found this helpful
Helpful
Report abuse

Neil E Howell
5.0 out of 5 stars I loved this stand alone addition
Reviewed in the United States 🇺🇸 on October 19, 2014
Verified Purchase
I loved this stand alone addition...my biggest issue with the whole story is that it was SHORT. Oh well. It is a complete short story....kinda like what a chapter may be....in fact, when I flipped to the "next page (kindle) I was surprised to see it had ended. In that I was wanting to see where he was headed to next.

About the story, It is stand alone. It takes place at a different time from the series, and it does not assume you have read the book. By taking place earlier in the characters life, you get a little bit different perspective as well.

I always thought that a writer, given how much effort they go into world building, that there are a ton of short stories that could be written to show more depth to the world of that series.
Read more
Helpful
Report abuse

Amazon Customer
5.0 out of 5 stars Wow!
Reviewed in the United States 🇺🇸 on February 3, 2015
Verified Purchase
Mr. Russo has such a way with words. I loved The Road to Dar Rodon. This is a short story whose character Mujahid Lord Mukhtaar is full of passion and justice for where he believes a wrong has been committed.

As Mr. Russo draws you deeper into the character Mujahid you meet a new character Father Dominic and what a pair the two of them are. The humor between the two characters on their journey had me laughing out loud.

This is too great of a story to give more than I have away.

Following the end of this story is an introduction to Mr. Russo’s Necromancer Awakening. Wow, is all I have to say. My fingers are itching to dive into this one.

Melinda D. Wiselka
5.0 out of 5 stars A delightful treat!
Reviewed in the United States 🇺🇸 on February 8, 2018
Verified Purchase
Mr. Russo has excellent descriptive powers and incredible editing skills. This piece is flawless. I was drawn into this world from the first paragraph. Highly recommend for those who want a taste of Mr. Russo's storytelling talent, but, fortunately, there is more out there, when you've finished this tale. Pick up one of his other books afterward and enjoy!
Read more
Helpful
Report abuse

John Maberry
4.0 out of 5 stars Good Follow-on to Necromancer Awakening as a Prequel
Reviewed in the United States 🇺🇸 on November 13, 2015
Verified Purchase
Russo is building a great narrative, an interesting world of magic. Short as the Road to Dar Rodon is, it provides a good setup for the future and an introduction to Mujahid Lord Mukhtaar. I had hoped there would be more, so I am eagerly looking forward to the next book in the series.
Read more
Helpful
Report abuse
See all reviews
Report an issue
Does this item contain inappropriate content?
Report
Do you believe that this item violates a copyright?
Report
Does this item contain quality or formatting issues?
Report