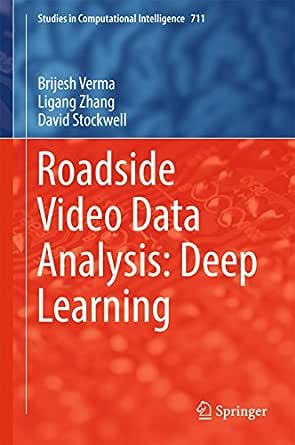 Flip to back Flip to front
Audible Sample Playing... Paused   You are listening to a sample of the Audible narration for this Kindle book.
Learn more
ISBN-13: 978-9811045387
ISBN-10: 9811045380
Why is ISBN important?
ISBN
This bar-code number lets you verify that you're getting exactly the right version or edition of a book. The 13-digit and 10-digit formats both work.

Brijesh Verma is a Professor and the Director of the Centre for Intelligent Systems at Central Queensland University, Brisbane, Australia. His main research interests include computational intelligence and pattern recognition. He has published a number of books and book chapters and over one hundred fifty papers in journals and conference proceedings.
He has served on the editorial boards of six international journals including Associate Editor for IEEE Transactions on Neural Networks and Learning Systems, Associate Editor for IEEE Transactions on Biomedicine in Information Technology and Editor-in-Chief for International Journal of Computational Intelligence & Applications. He has served on the organising and program committees of over thirty international conferences including IEEE International Joint Conference on Neural Networks (IJCNN) and IEEE Congress on Evolutionary Computation (CEC). He was the IJCNN Special Sessions Chair for 2012 IEEE World Congress on Computational Intelligence (WCCI). He was a Chair of a Special Session on Computational Intelligence based Ensemble Classifiers at IEEE IJCNN 2013 and a Chair of a Special Session on Machine Learning for Computer Vision at IEEE IJCNN 2014 and IEEE WCCI 2016. He is a Co-Chair of Symposium on Computational Intelligence in Feature Analysis, Selection, and Learning in Image and Pattern Recognition at IEEE SSCI 2017.
He has served as the Chair of the IEEE Computational Intelligence Society’s Queensland Chapter in 2007-2008 and won the outstanding chapter award in 2009. He has also served on IEEE CIS senior members’ program subcommittee (2011-2012), IEEE CIS outstanding chapter award subcommittee (2009-2011) and IEEE CIS representative on IEEE Nanotechnology Council (2014-2015).
Ligang Zhang is a Research Fellow in the School of Engineering and Technology at Central Queensland University, Australia. His research interests include image segmentation and recognition, facial expression recognition, affective computing and machine learning. He has published more than 30 papers in journals and conference proceedings.
David Stockwell is an Adjunct Research Fellow at Central Queensland University and an Environmental Officer in the Queensland Department of Transport and Main Roads, Australia. He has a strong background in environmental data modelling and his research interests include statistical analysis, machine learning and pattern recognition. He has worked as a postdoctoral research fellow at the San Diego Supercomputer Center, University of California in USA. He has widely published and has over 4400 citations in Google scholar.
--This text refers to the hardcover edition.